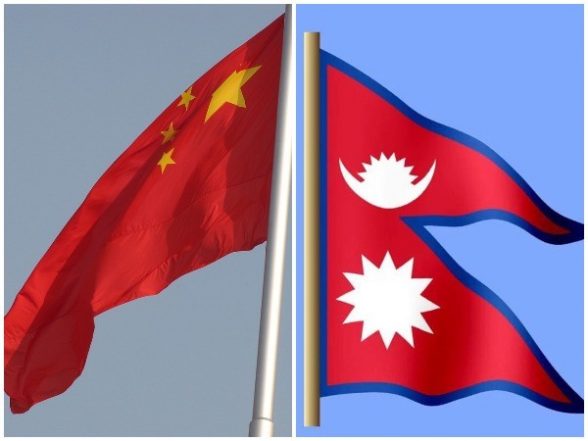 Kathmandu [Nepal]Mar 18 (ANI): Amid growing disenchantment in Nepal against Chinese investment, residents of the eastern district of Jhapa staged large protests against the Damak Clean Industrial Park (DCIP) over the displacement of people from their lands without appropriate compensation, according to local vernacular media reported.

The DCIP project has been called a sleazy, corrupt and coerced exercise by locals who protested under an umbrella organization against the Chinese-led initiative.

“Thousands of us have been displaced, without receiving any proper compensation,” said one protester.

The protesters allege they were forced to evict their lands without receiving proper compensation. Furthermore, no guarantee of employment was provided to those whose only source of income was the land that had been taken from them.

The project is being developed under the Belt and Road Initiative (BRI) and covers an area of ​​325 hectares, with plans for further expansion to the tune of 1142 hectares.

Earlier in January, a Canadian-based think tank, the International Forum for Rights and Security (IFFRAS), reported that residents of Jhapa district opposed the Chinese-sponsored Damak Clean Industrial Park, saying that “The industrial park is in former Prime Minister KP Sharma Oli’s constituency”. believing that Oli was too close to Beijing.

IFFRAS reported that there were more than 5,000 protesters, including those from indigenous communities, who called for attention to “illegal activities” in the BRI-sponsored industrial park.

There have been fears that China could get its hands on strategic sectors that are vital to Nepal’s security interests. And the people of Nepal see the BRI as a major reason besides land encroachment.

“The BRI project was a ploy to impose debt burden on poor countries including Nepal. The BRI project should not be allowed to be implemented in Nepal.” IFFRAS quoting Birendra Sah of Loktantirk’s Socialist Party reported.

At the same time, the track record of Chinese investment in Nepalese projects is not good as it is clear that there is a wide gap between investment commitment and delivery, slow growth in implementation , cost overruns due to delays and poor feasibility studies and rehabilitation of people who fear displacement, Nepali news portal Pardafas said citing examples of hydropower projects and industrial park projects undertaken by Chinese companies. (ANI)

(This is an unedited and auto-generated story from syndicated newsfeed, LatestLY staff may not have edited or edited the body of the content)