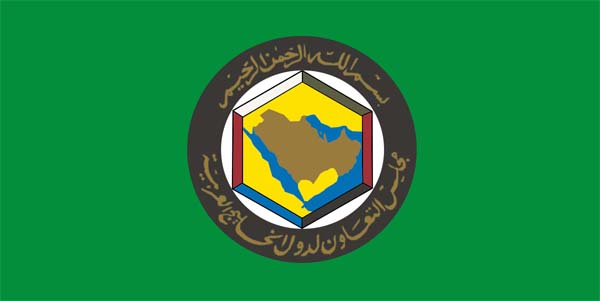 New Delhi, June 18 (IANS): The uproar in the Gulf Cooperation Council (GCC) states over alleged “blasphemy” in India has died down as suddenly as it began. It’s not surprising. Those who express alarmist views do so from an incomplete understanding of India’s relationship with the Gulf.

Certainly, the Gulf States mean a lot to India. But equally, the Gulf countries have thrived on the inexhaustible supply of Indian blue and white collar workers in the region.

Eight million Indians live in the Gulf countries, making up the largest expatriate populations in many of them. They send back large remittances of around $60 billion, constituting a significant portion of India’s foreign exchange.

However, these Indians do not live in the Gulf States thanks to the largesse of these States. They put in a backbreaking job of transforming the deserts into sparkling icons of modernity. Due to the large pool available, their willingness to work at wages that locals and others would not want, and their ability to keep a low profile and not be politically involved in the affairs of these states, they remain the most preferred recruits.

In fact, Indians have become increasingly preferred over Arab labor in the GCC states, after Iraq invaded Kuwait and the support it got from Palestinian immigrants there. . Over the years, different considerations have attached themselves to different groups, for example many Shia Lebanese suspected of being Hezbollah supporters have been expelled from a number of GCC countries. These countries abhor and strictly prohibit any type of protest or mobilization by the expatriate communities which outnumber the native population in many GCC states. An example of this is the protest by Pakistanis in support of Imran Khan recently in Makkah, and the more recent protest by expats in Kuwait against ‘blasphemy’ in India – deportation awaits them all.

India and the GCC states, especially the UAE, Bahrain and Saudi Arabia, today share close ties and cooperation in almost all fields, especially in the fields of energy, commerce, military, defense and counter-terrorism. Even Kuwait, some of whose citizens have been among the most harshly critical of the current Indian administration, and which is the only GCC state that Prime Minister Narendra Modi has yet to visit, has opened the office. of a defense attaché in Delhi in 2020, testifying to growing ties, encompassing sensitive areas including defence.

India sees the GCC as a major source of foreign investment; The UAE has become the largest GCC investor in India. During Saudi Crown Prince Mohammed bin Salman’s 2019 visit to Delhi, he pledged investments of up to $100 billion. Both countries have been involved in helping India build up its strategic oil reserves.

More recently, UAE and Saudi companies signed memorandums of understanding to invest in tourism and transport in Jammu and Kashmir. But many of these investors are NRIs based in the region. Indians have also proven to be major investors in GCC. For example, Indians are now the biggest investors in Dubai’s real estate, estimated at 2.2 billion USD. Likewise, Indians account for the largest number of tourists, which is now driving Dubai’s non-oil economy to a 35-month high, so important for the post-Covid economic recovery.

The UAE and Saudi Arabia are India’s third and fourth largest trading partners respectively, with Kuwait remaining among India’s top ten trading partners with investments of USD 5 billion. India has entered into the Comprehensive Economic Partnership which is expected to boost bilateral trade to $100 billion. India is also in the process of negotiating a free trade agreement with the GCC.

The healthcare industry is another vital area of ​​cooperation for India and the GCC countries. Medical tourism, Indian health workers and pharmaceuticals play an important role in the lives of GCC residents. With the emergence of the COVID 19 pandemic, this had only increased.

“Saudi Arabia views India as an important strategic partner. India is an important asset for integrated international and regional efforts aimed at addressing the current situation and minimizing its impact on the health of the global community. We are working closely with the Indian government in this regard,” Saudi envoy to India Saud bin Mohammed Al said in a 2020 interview.

However, the ties have gone beyond the areas of counter-terrorism, defense and security cooperation. India and Abu Dhabi signed a strategic partnership treaty in 2017 during Crown Prince and current President Mohammed bin Zayed al Nahyan’s visit to India to take part in the country’s Republic Day celebrations. In 2019, Riyadh chose India as one of its eight strategic partners under the Saudi Vision 2030 initiative. History was made last year when India and Saudi Arabia organized their first-ever joint naval exercise, called Exercise Al-Mohed Al-Hindi, after a similar exercise “Zayed Talwar” with the United Arab Emirates (UAE) off Abu Dhabi. .

Military and defense ties with the United Arab Emirates and Saudi Arabia received a major boost with Indian army chief General MM Naravane’s visit to those countries last year – the first trip of this type by an Indian service chief. Another important first was the visit of Saudi Army Chief Lieutenant General Fahd Bin Abdullah Mohammed Al-Mutair to India earlier this year in February. India and Oman have also shared a strong defense partnership for years; joint military exercises are conducted regularly by the two countries. Omani military personnel are trained in India, and since 2018 Oman has given India access to its Duqm port for military and logistical purposes.

In 2020, the Kuwait Embassy opened a Defense Attaché Office in Delhi. Kuwait’s Ambassador to India, Al Najem, said the opening of the military office in New Delhi testifies that there is a real will to increase defense and security cooperation between the two friendly countries.

India also plays an important role in keeping the Gulf sea lanes secure through its anti-piracy patrols off the coast of Somalia.

The turmoil of the Arab Spring, the rise of Islamic militants like ISIS and Islamist political movements in the region, a resurgent Iran after the 2015 Iran nuclear deal (JCPOA), a shrinking American footprint in the region, a Pakistan riddled with debt and terrorism no longer able or unwilling to provide its military services to its GCC bosses have been the drivers for closer cooperation with India in defense and counter-terrorism.

India also played a role behind the scenes: India was the site of a secret meeting between Israeli diplomat Dore Gold and Saudi representative retd. Major General Anwar Eshki. In 2017, during the blockade and boycott of Qatar by some of its Gulf allies, India airlifted supplies and livestock to the gas-rich state. India has cooperated with the United Arab Emirates to help treat Yemeni civilians and military personnel injured in the country’s brutal civil war.

All of these reflect the reciprocal ties between India and the various GCC states. Ties that date back millennia have received a major boost under Prime Minister Modi, who has made “Look West” a priority in his foreign policy goals. But the current level of cooperation could be achieved because India’s GCC partners also stood to gain from such cooperation and were therefore willing to take relations with India forward.

It is too deep, spanning too many areas to be destroyed by an unfortunate indiscretion that occurred during a heated televised debate. It is another matter that there are those who would put a stop to such budding ties.