Why am I leaving America and returning to Vietnam 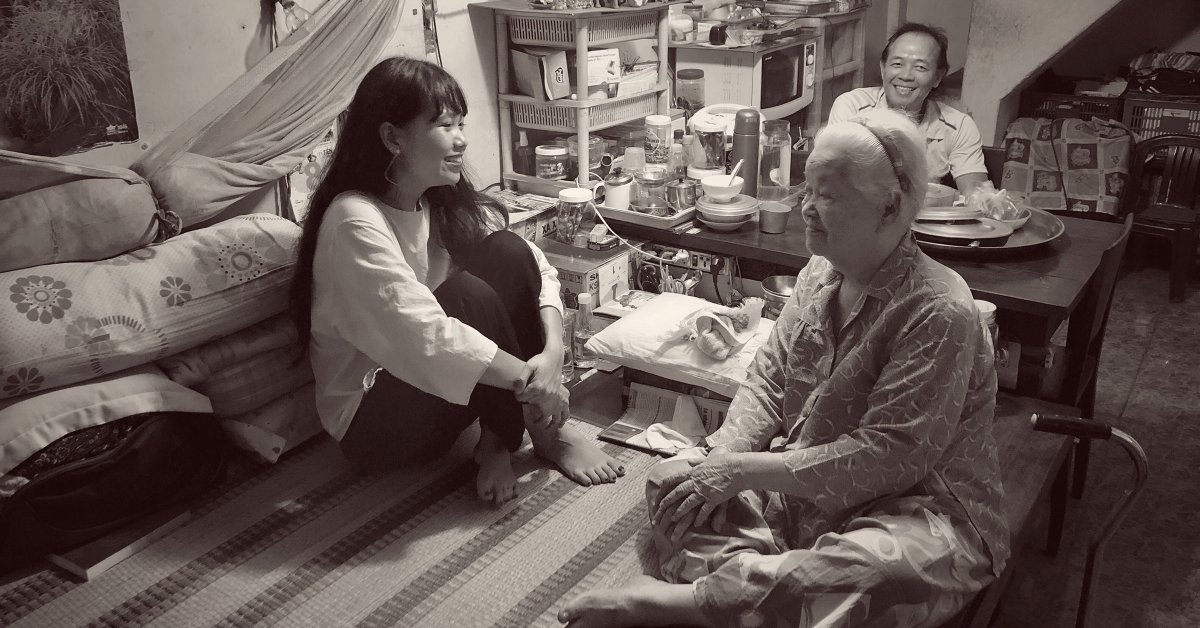 IIn a state of panic, I pack my suitcase for my trip to Ho Chi Minh City. I had received the news of my grandmother’s ill health, her doctor’s warning of her impending death. Amid anxiety over my grandmother’s rapidly deteriorating condition, rising COVID-19 cases in Vietnam, travel, I’m also keenly aware of a more practical matter: I don’t don’t have enough time to buy American merchandise to give to my loved ones. Whenever my uncle visits Vietnam from Texas, he stuffs his suitcase with Dollar Tree products to appease his friends and family, no matter how many of these items were made in Vietnam. I blush at the thought of showing up empty-handed.

Because America is better. Or so my family supported as long as I was aware of the concept of America.

Twenty years ago, my mother and I immigrated to the United States, while my older sister continued her studies in England, where she had moved during her teenage years. This transnational dynamic is familiar to many Vietnamese families with parents in one country and children in another. Unlike the Vietnamese refugees, my family and I are part of the new wave of post-war Vietnamese immigrants, who came to America not out of necessity, but by choice, in search of the American dream, never wondering if corresponds to our Vietnamese soul. For a long time, I had also confused this long-standing myth with the absolute. Once gone I never imagined I would return – why? After all, we are not supposed to look back when we have advanced to higher ground.

Read more: The brain drain that is killing the US economy

My grandmother’s house in District 2, where as a child the roads were so wet and muddy that mopeds plowed into the soft, red dirt, is now considered prime real estate with a easy access to the bustling center of town. My aunt-in-law and her 2 year old daughter are there when I arrive. I’ll be staying for about a month, so we’ll be overlapping for a few weeks.

“Your uncle Hanh will arrive about five days after you leave,” she told me. Her permanent resident card in the United States only allows her to leave for six months at a time, so she and her husband compromise.

I nod. Ever since my grandmother was diagnosed with stage IV cancer, my uncles and aunts have returned from wherever they are – Oklahoma, California, Texas – to take turns caring for her. The unspoken is the fact that after almost six months of separation, my aunt will only spend about five days with her husband before he leaves for Vietnam. I smile at my niece, who greets me in a made-up language that days later I realize is her own concoction of Vietnamese, English, and toddler.

Unlike me who moved abroad at a young age and found perhaps a few nuances easier to integrate into American society, my aunts and uncles who immigrated to the United States never fully settled in their country. of adoption. On the other side of the Pacific Ocean, they try to manage their affairs (their main sources of income), arrange doctor’s appointments for their parents, maintain a tenuous bond with their partner, while working a job in the United States that promises to help them obtain permanent residency. My aunt, too, had acquired hers after leaving her job as a banker in Vietnam to work in a chicken factory in Oklahoma – the hard-earned prize for her years of manual labor is semi-freedom to come and go, being perpetually in transit and half-hearted conversations with her husband on FaceTime.

On my grandmother’s bed, where she now spends most of her time, I hesitate to announce that my husband and I are planning to move to Vietnam this summer. The decision is motivated partly by the fact of our pregnancy and partly by the knowledge that now is my last chance to be with my grandparents.

Read more: Asian Americans are still trapped in the “model minority” stereotype. And it creates inequalities for all

“Why would you come here? My grandmother frowns. “You have to give birth there for your baby to be an American citizen.”

My grandmother isn’t the only person who disapproves of my reverse immigration plan. “She’s saying that now, but she’s not going through with it,” my mother told someone close. The older generation, it seems to me, is stuck in a vision of a past Vietnam, despite the fact that, according to the World Bank, Vietnam has gone from “one of the poorest nations to an economy middle income in one generation”. .” An article by the East Asia Forum called Vietnam an “economic star in 2020” for keeping the pandemic under control while growing its GDP more than most countries. And you don’t have to be an economist to see the drastic development of the country. When I was a child, most of my extended family lived in houses with roofs woven from dried banana leaves. Today, many own apartments in full-service high-rise buildings developed by Singaporean and Korean investors.

I explain to those who doubt my decision that more than the desire to reconnect with my homeland, it is also a need for my baby to know Vietnam as I did, in his mind and soul – not some something that I alone can teach.

“But will your husband want to be heresaid my grandmother, expressing doubts about how someone born in the United States would voluntarily move to this country, the same one where she had raised her four children to be successful adults.

“He loves it here.” I smile my most soothing smile and she seems temporarily soothed.

Fortunately, I do not meet only resistance. My 26-year-old cousin and I meet for dinner at a Hong Kong fusion restaurant in District 1. Having also lived in the United States for many years, my cousin is well aware of the disadvantages of being a minority, the recent upsurge in American violence, the “bamboo ceiling” that prevents Asian Americans from being considered for leadership positions.

“Working in the corporate world in Vietnam is a little less straightforward than in America,” she tells me. “Infrastructure isn’t immutable, so you have more flexibility to create your own rules, to have more influence — basically, you can build something new on your own. But if you want to climb the corporate ladder with its pre-existing conditions, America is better.

I can say my cousin is thriving here. She is young, talented, capable and also lucky that Vietnam values ​​American education so much that those with degrees from American universities can earn four or more times the salary of their peers, perhaps as part of a effort to encourage young Vietnamese to return from abroad.

“Life is beautiful.” My cousin relaxes with her lychee cocktail.

As an expectant mother, I am also drawn to Vietnam’s favorable expat treatment, affordable childcare, high quality of life, and emphasis on family values. In America, having a baby can seem like a debilitating condition to overcome quickly – when are you going back to work, is a question that painfully hangs over mothers. In Vietnam, mothers are entitled to six months of paid leave after the birth of a child. A cousin of mine took three months to work from home, no questions asked, because she had a miscarriage. The overwhelming respect for a family-oriented life can sometimes put undue pressure on women, but in many cases it is also more humane because it recognizes the enormous task of motherhood.

While in New York, I considered two options: live upstate in favor of safer living to avoid anti-Asian-motivated attacks at the expense of a complete lack of diversity, or live in the city for the richness of cultures while fearing being pushed past a moving subway car. I quickly got tired of imagining. Somehow, a cross-country move with four pets and a baby on the way seems simpler than the options in the United States. For the first time in over 20 years, I won’t have to explain where I’m from, no one will ask me.

Vietnam is not without flaws. As far as freedom of expression is concerned, there is still a lot to be desired. I am writing this article in Ho Chi Minh City where I cannot access the Human Rights Watch website. As a writer, I will have to live with the tension of never being able to express myself fully in my mother tongue. But it is also a Vietnamese fantasy to attribute all that is right and good to America. The American dream is not without consequence or sacrifice. For the people I love, his pursuit has meant children separated from their parents, partners from each other, teenagers growing up without a clear understanding of either language. Perhaps it is time for Vietnamese, both local and foreign, to stop idolizing America and consider the long-neglected Vietnamese dream.