What will be the impact of the Eastern Economic Corridor on Pattaya? 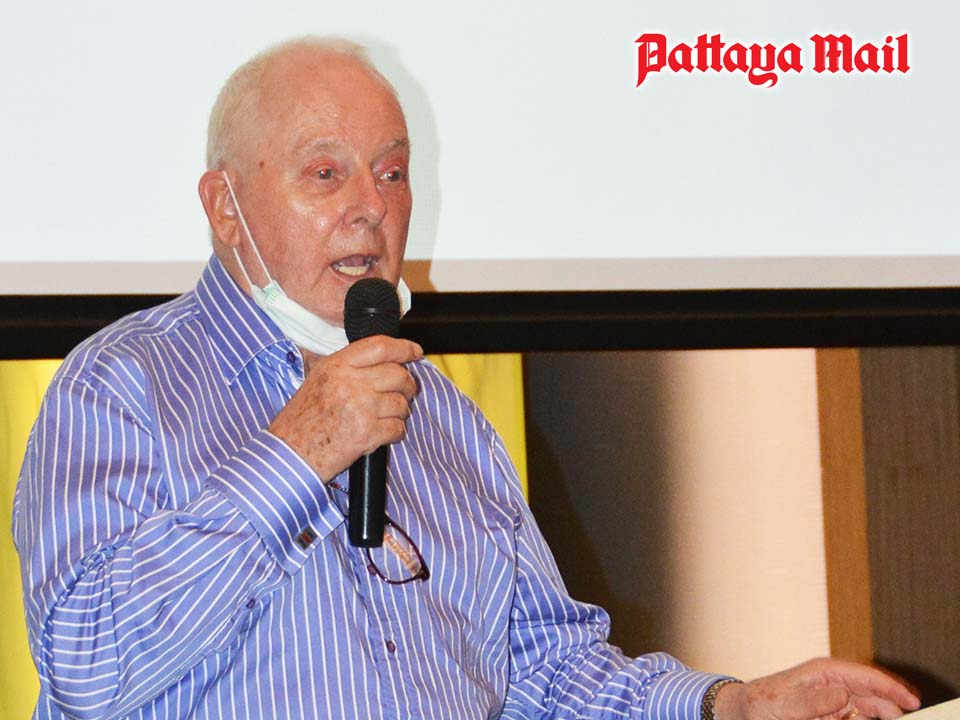 Patrick H. Heywood was the guest speaker at the Pattaya City Expats Club (PCEC) meeting on December 29th. He presented an interesting perspective on how investing in the Eastern Economic Corridor does not in itself mean great benefit for Pattaya. Rather, his opinion was that Pattaya should seek its own opportunities in this economic development program which is impacting the provinces of Chachoengsao, Chonburi and Rayong.

The provinces of Chachoengsao, Chonburi and Rayong have been designated for the development of the Eastern Economic Corridor (EEC), an economic development project on the east coast of Thailand. Economic corridors often include infrastructure integrated within the development framework, such as highways, railways and ports.

Patrick is a British national who has been associated with the Pattaya region for several years. He previously worked in the media industry, then for twenty years as a business consultant and now specializes in health and education, serving on various boards. He has just returned home to Pattaya after seven months of helping deliver Covid 19 injections to all age groups and boosters. He also spearheaded the launch of a £ 3million project which was a finalist for three National Digital Awards.

He explained that these 3 provinces have been designated to be part of the Eastern Economic Corridor (EEC), an economic development project on the east coast of Thailand. He then described many features, including integrated infrastructure such as highways, railways and ports. It will involve both public and private investment of 2.2 trillion Thai baht through 2026. Although the city of Pattaya is included in the corridor, it is not the main beneficiary of development projects.

These projects will contribute 650 billion baht to the local economy through the creation of 160,000 new jobs plus 100,000 in other sectors. So, he said, the EEC is not Pattaya-centric. But there should be some advantage for Pattaya depending on what it can offer this increased income population that will be close to but not located in Pattaya. He didn’t specify what it would be, but instead invited his audience to think about what it means and how it might impact their lives as residents of Pattaya.

Following Patrick’s presentation, MC Les Edmonds updated everyone on the latest events. This was followed by Judith Edmonds who led the open forum where attendees can comment or ask questions about expats living in Thailand, especially Pattaya. For more information, visit the PCEC website at https://pcec.club. Patrick’s presentation can be viewed on the PCEC YouTube channel at: https://www.youtube.com/watch?v=ccrReduLU1Q