We welcome expats but must treat locals well! First notes the pay gap 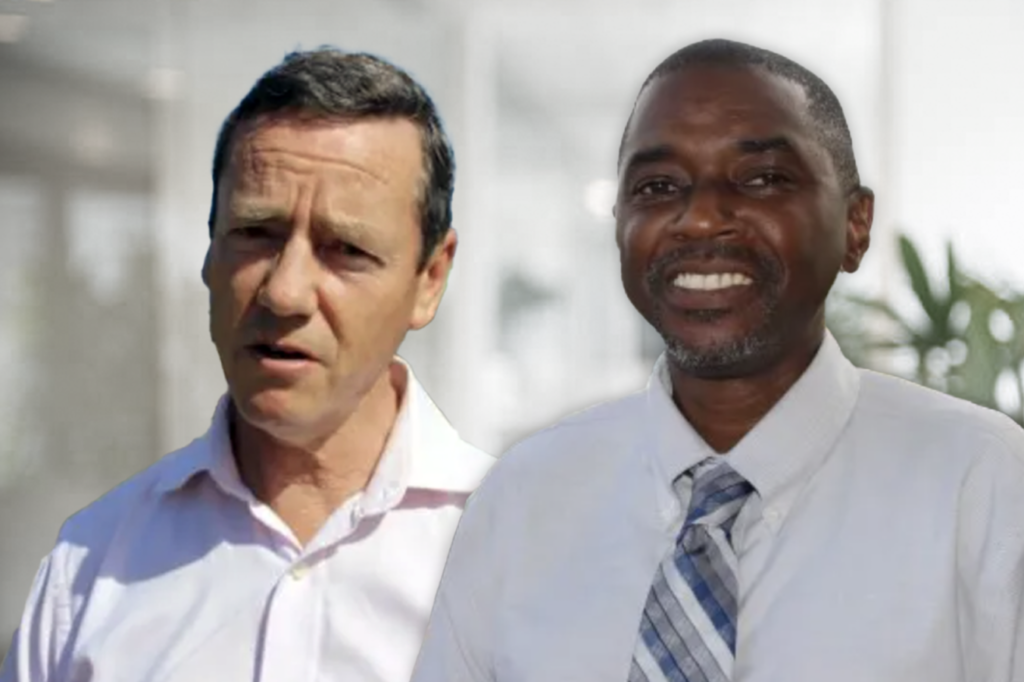 Past and current CEOs of the Recovery and Development Agency – Pauly Bayly (left) and Anthony McMaster.

Premier Dr Natalio Wheatley has insisted that locals must be treated well whether or not the territory has to outsource some of its labor needs to meet its goals.

Prime Minister Wheatley was speaking at the time to a inauguration ceremony for a public school building commissioned on the island of Jost Van Dyke.

During the ceremony, Premier Wheatley thanked the CEO of the Recovery and Development Agency (RDA), Anthony McMaster, for the work done by the CEO and noted that he must sing McMaster’s praises.

“He (McMaster) is ensuring the recovery of the people of the Virgin Islands. He was given a task and he accomplished it,” Dr Wheatley said.

“Actually,” he added, “I wish they could brag a little more about all the accomplishments, all the times I had to stand on a podium, during a signing contract, at a grand opening, or when we’ve actually delivered and completed the project and handed over the keys. There have been countless occasions when the GDR has brought us to this point.

But the Prime Minister was also keen to reflect that things did not start off so well at the institution.

He continued: “Which of course we welcome people from elsewhere. We have nothing to do with anywhere else, but we have to make sure that we treat our own people well.

Prime Minister Wheatley was With reference to compensation of the Agency’s first CEO, Paul Bayly, a New Zealand national who was receiving some $300,000 in base salary at the time.

Prime Minister Wheatley recalled that RDA’s rent was astronomical when it started four years ago and said the organization was much larger and had probably taken in around $4 million to cover its costs of functioning.

“Now Brother McMaster has cut that by more than half and he’s delivered a lot more projects,” Dr Wheatley said.

He added, “Next time I come to an RDA forum, I’ll bring you the stats so you can understand how the RDA worked.”