We have a quality of life that simply wouldn’t be possible at our age in Ireland. 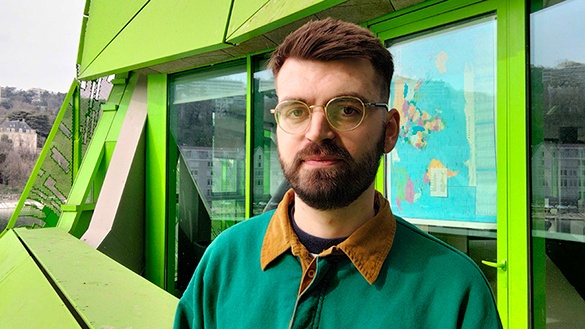 Ian Smith is 25 and comes from Knocklyon in Dublin. He left Ireland in June 2021 and moved to Lyon in France where he works as a journalist.

I was 20 surrounded by the same friends I had since I was four, living with my parents in the sleepy suburb of Knocklyon and struggling with my sexuality.

It was time to shake things up.

I was offered a last minute opportunity to do an Erasmus exchange and so a few months later I went to France with no more than a Leaving Cert of language proficiency.

In gay Paris, my mind opened up, friendships were forged and new experiences were created. After eight months it was time to leave, but I was not ready to return home to Knocklyon and return to the known and expected version of myself. This is how I came across an English-speaking job in a call center in the center-east of Lyon.

This is where I quickly fell in love. No, not with a man, but with the city itself.

Lyon is a beautiful city anchored by its two beautiful rivers. It has a thriving cultural, food and music scene, is affordable (a monthly transport ticket is just €25 for those under 26 and a room in a central apartment is around €500) and is ideally placed for exploring more Europe. In other words, it’s a perfect place for young people.

My connection to the city was sealed on my first evening with my new colleagues. The sun was shining and we strolled the cobbled streets of the beautiful old town after work before settling on the terrace of a typical French bar. We spent the evening laughing and chatting like old friends.

Under the influence of several strong Belgian beers, I decided to announce at the table that I was gay. Almost like they were expecting an in, half of the people at the table told me they were also LGBTQ+. By the time we got to the fourth person it was almost comical and we carried on through the night laughing hysterically and getting to know each other. After only five days in the city, I felt more comfortable than in the previous three years in Ireland.

It was a done deal: the people, the weather, the architecture, the rivers and the way of life. I knew I had to live here for more than four short months. And so I came back for the following summer. And the one after. And the one after, before the stars aligned and I took the plunge to settle here permanently last June.

The traditional journey of the young Irish emigrant is the well-trodden path to Australia, England or Canada, and many will not even consider other destinations within the EU.

And even for those who choose to come to France, Lyon may not be the obvious choice. This was the case for Conor Coughlan, 22, from Ennis, Co Clare, who works for the Enterprise Ireland office in the town.

“I didn’t choose Lyon, Lyon chose me,” he laughed when I asked him why he had decided to move here. “But I wouldn’t have it any other way.”

“When you throw Lyon at an Irishman, he’ll definitely come back to you and say ‘where? ‘” he joked.

But he thinks that is changing. An Irish consulate is due to open in the city in September and he sees through his work all the business opportunities that arise in the Lyon region.

Cultural ties are also developing. Coughlan is a member of the Association Franco-Irlandaise de Lyon and plays football for the local GAA club.

“What struck me about the Irish association is that it’s not just a bunch of expats trying to make a ‘Comté de Lyon’ in Lyon, the membership is really 50/50 between French and Irish, especially in the GAA club.”

The association also runs An Gaeltacht sur Saone in the Irish pub Johnny’s Kitchen every two weeks, where a group meets to speak as gaeilge.

But living in the city is not always easy, especially for women. Gilleesa Gillen is a 22-year-old girl from Donegal who is studying French and media in Lyon as part of the Erasmus program. Like me, she worked in the city for two summers before and knew she wanted to come back if she ever had the chance. And if she loves Lyon, she has also known its faults.

“I find the culture towards women to be very different from what I would have experienced in Ireland,” Gillen told me. “We feel much less safe in Lyon than in Dublin.

“I’ve spoken to all my female friends here and we’ve all had experiences of being bullied or street harassed,” she added.

However Gillen found solace in the strong Irish network in Lyon.

“There is the ciorcal comhrá every other week, an Irish language band, there are plenty of Irish bars and especially if you are studying or have just graduated you will find it easy to settle in and feel your house.”

There are challenges to living in Lyon: the language, the attitude towards women and the typical French bureaucracy. But despite its flaws, Coughlan, Gillen and I love living here and we have a quality of life that simply wouldn’t be possible at our age if we returned to Ireland. And maybe it’s all said that none of us have any intention of coming back.

If you live overseas and would like to share your experience with Irish Times Abroad, email [email protected] with some information about yourself and what you do