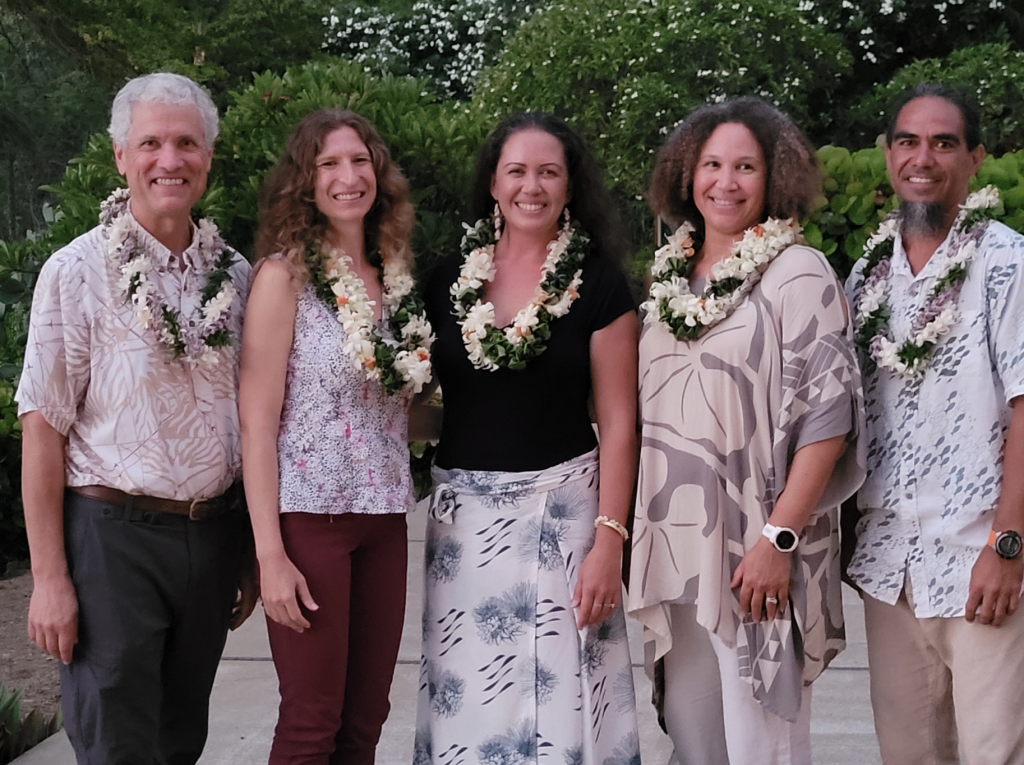 A round table, during the 45e annual meeting of the US Coral Reef Task Force, focusing on the leadership Hawai’i is showing the country and the world in the face of growing challenges to conserve ocean resources.

Governor David Ige announced the development of the Holomua: Navy 30X30 initiative six years ago. It calls for the effective management of at least 30% of coastal waters by 2030, through the creation of marine managed areas. A recent example is the establishment of a community subsistence fishing area surrounding the village of Miloli’i on the island of Hawai’i.

On Wednesday evening, a program manager from DLNR’s Aquatic Resources Division, representatives from the Hawai’i Community Foundation and Resources Legacy Fund, and Rep. David Tarnas highlighted not only our state’s leadership, but also the critical importance of community involvement in moving forward.

DAR program manager Luna Kekoa told USCRTF participants, “It’s not just us, it’s the communities, it’s the fishers. Holomua is not the business of a single person or a single agency. It’s a canoe. So there are a lot of people paddling that canoe, and there are a lot of people paddling who bring a lot of different perspectives and expertise. You look around, we have community partners, the way they monitor is different from the way DAR monitors. They look at the resources in an area, they look at them from what they eat or what they like to eat. DAR partners with them because they have the knowledge to fill pukas in the state system. So how do you put all the pieces together? It’s not just science. It’s community science. It is social science. This is mainstream science and putting it all together is what Holomua try to include.

So far, 14 foundations and philanthropic organizations have committed $8.8 million with the goal of raising $3 million a year over the next ten years to support Holomua.

THE ARTICLE CONTINUES UNDER THE AD

“Hawai’i is the model and many funders are looking for ‘how does it work’ and ‘let’s see and find out how to replicate it in other places.’ They’re really looking to Hawai’i to help provide those lessons learned to hopefully be a model for the rest of the country and the world,” Okano said.

In addition to the huge financial support the program gets, Jocelyn Herbert of RLF noted Hawai’i’s international leadership in incorporating cultural values ​​into management plans. Encouraging other states, countries and islands to follow, Herbert said, “What we see here in Hawaiʻi that is so beautifully run here is this piece of cultural guidance. This is real innovation where Hawai’i is leading, and hopefully other jurisdictions can learn from what you see here in this way.

Rep. Tarnas is the chair of the House Land and Water Committee and echoed the theme of community involvement. “So power comes from the people, it’s an old saying and it’s very true. I strongly believe that the legislative process is a team process and that it involves the community, advocacy organizations, private businesses, non-governmental organizations, all bringing their mana’o to the table.

THE ARTICLE CONTINUES UNDER THE AD

Tarnas said that the first funding that the legislator earmarked for the Hololmua: Marine 30X30 the initiative was specifically for community engagement. “The lawmaker really believed, and I think we showed it through this ownership, that our priority was to make sure the community was aware and involved. It is essential that we include those who use the resources.

Although Governor Ige’s term ends in December, people are curious about the future of the Holomua initiative. Kekoa concluded: “DAR has adopted the Holomua than our shoreline management plan. This is how we see DAR, communities and fishers moving forward. Whether or not the next governor is in the canoe, DAR is on board. This is our initiative, our kuleana, and we need all our partners to make it happen. Thanks to the administration changes, DAR is in our wa’a and we are paddling.