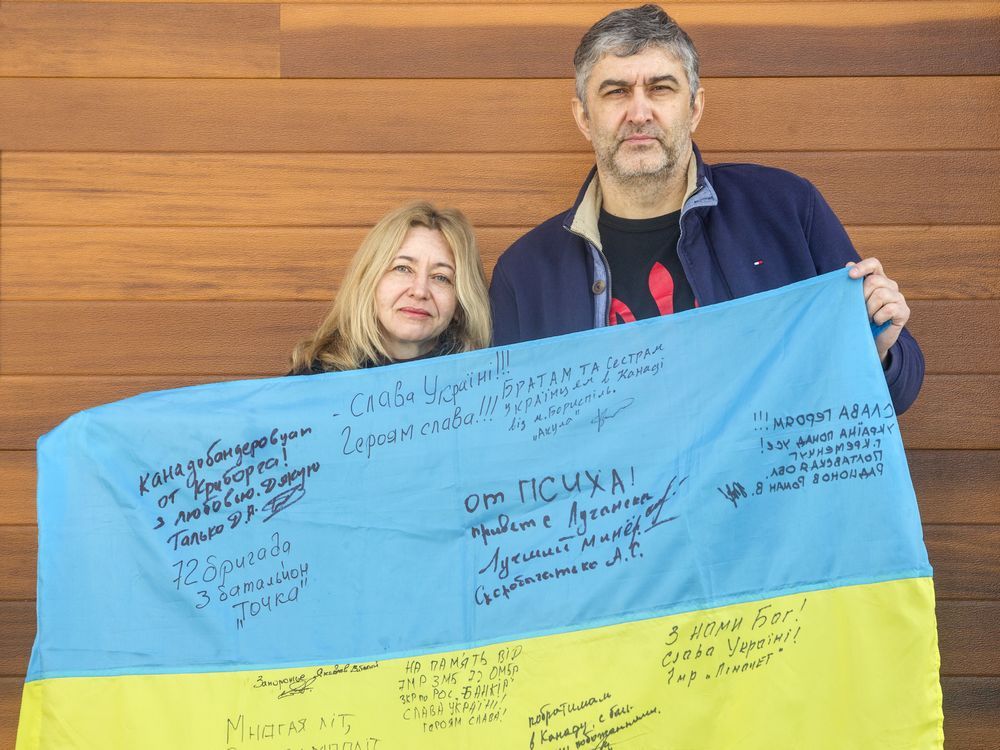 The shots fired in Ukraine have been heard and felt around the world – by residents, by expats, by sons and daughters of emigrants and by people with no direct connection to the country who are nevertheless deeply troubled by what happens place. We are reaching out to people in the Ottawa area to hear their thoughts and stories.

Pavlo: “We were born and raised in Ukraine, when it was part of the Soviet Union until independence in 1991. We arrived in Canada in 2001, with our two children, our dog and eight bags of stuff.

“The Ukrainian people don’t like to be governed. For thousands and thousands of years they have chosen – voted for – kings. Someone has to be mayor, someone has to be president. This is a difference with Russia, where they always governed by power, while the Ukrainians always fought over who was going to govern. And if the leaders are a little overpowered, the Ukrainians reject them and say: “Go away.

“People think the war just started, but it started in 2014. It was kind of a frozen conflict, but it was a war. Twelve thousand Ukrainians have died since 2014, soldiers who protected Ukraine.

Irina: “I don’t think there’s anyone who hasn’t been affected by the invasion. My life now is 40% occupied by work and 60% by Ukraine. It’s constant communication, constant research. I have a godson there who is waiting for a weapon to go and fight, but his young wife and his four and a half year old child arrived in Poland, I don’t know how. We are trying to bring them here — the Canadian government has promised work permits for Ukrainians for up to two years. But there’s no health care provided for 153 days until she can get OHIP, and I think that needs to be addressed. There will be many women and children coming, and they will need health care and child care.

Pavlo: “We are proud of Ukrainians. There are queues to join the Territorial Defense Forces. There’s a joke that you have to bribe someone to get into home defense. That’s how passionate they are.

“People fear that if NATO gets involved, it will become World War III. But World War III has already begun. It just didn’t turn into a nuclear conflict, and I hope it doesn’t. But the war itself has begun.

“But I’m afraid people will forget that. This is what usually happens in conflicts when your country is not involved; people get angry and forget about it. For example, who cares what happens in Ukraine? But it is no longer a simple local conflict. It is the Ukrainian people who are fighting against tyranny and standing up for democracy, and how everyone around the world responds to help Ukraine end that is important. Yes, we Ukrainians are greatly affected, but Canada has a huge Arctic border with Russia, and there is always a debate as to who owns it. People should therefore think that this is not a local civil war. This is tyranny against democracy and the protection of all democracies, and people need to be aware of that.

HOW YOU CAN HELP
Many groups and organizations collect donations to support and relieve Ukrainian residents and refugees, including:

The Canadian Red Cross: Appeal for the humanitarian crisis in Ukraine
redcross.ca/donate

Additionally, other groups seeking funding can be found on the Ukrainian Canadian Congress website, at ucc.ca/2022/03/03/where-to-donate-to-support-ukraine

Sign up to receive daily news from Ottawa Citizen, a division of Postmedia Network Inc.

Thank you for your registration!

A welcome email is on the way. If you don’t see it, please check your spam folder.

The next issue of Ottawa Citizen Headline News will soon be in your inbox.

We encountered a problem during your registration. Try Again