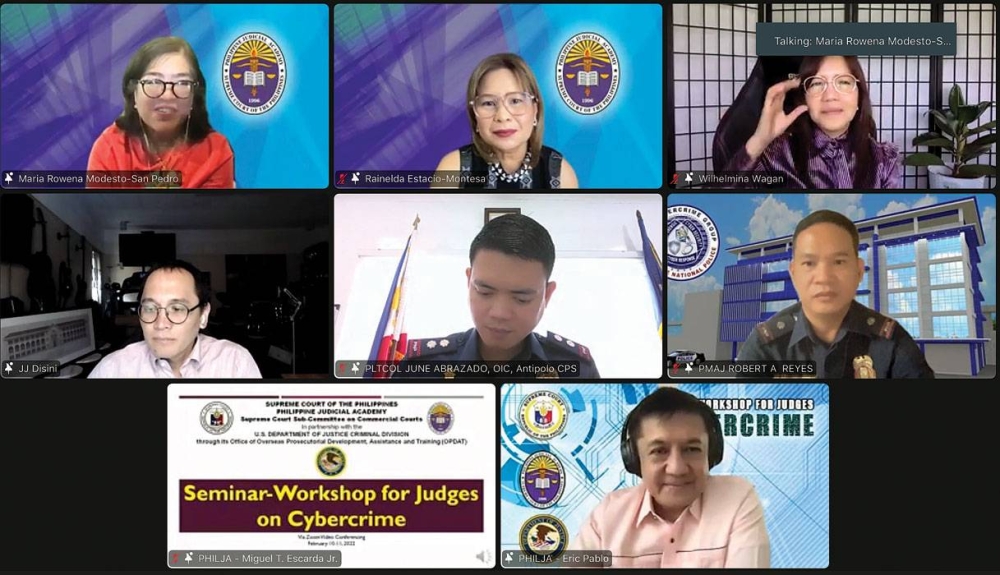 The United States Embassy in the Philippines, through the United States Department of Justice’s Office of Overseas Prosecutor Development, Assistance, and Training (DoJ OPDAT), has partnered with the Supreme Court of the Philippines Subcommittee on Commercial Courts (SCC) and the Philippine Judicial Academy (PHILJA) to train 38 executive judges across the country against cybercrime on February 10-11.

Associate Tax Appeals Court Judge Maria Rowena Modesto-San Pedro noted that the pandemic has led many Filipinos to shift to online transactions. It has also led to an alarming rise in the number of cybercrimes, which she said judges should be prepared for.

“Fortunately, the Supreme Court, through PHILJA, with gracious support from the US DoJ OPDAT, continues to roll out cybercrime and RCW training workshops,” San Pedro said. “Not only do judges learn about concepts such as hash values, off-site search, forensic imaging, among others, but they also hone their skills hearing applications for cybercrime warrants while still being aware of the right to privacy.”

“Despite the pandemic, this important workshop series has continued online with support from partners at the DoJ in the United States and the Supreme Court here in the Philippines,” Calvert said.

In a culminating exercise, the judges considered and ruled on the applicability of the RCW in hypothetical cases.

The U.S. Embassy, ​​through OPDAT, works with Philippine partners to build capacity to fight cybercrime by training judges, prosecutors, investigators, and other government officials, and by developing cybercrime training videos. OPDAT also helped develop a new course on cybercrime for criminology schools nationwide, which has been approved by the Philippine Commission on Higher Education and is being implemented in criminology departments of colleges and universities around the country. country.