U.S. and PH Partner to Address Climate Vulnerability in Cities 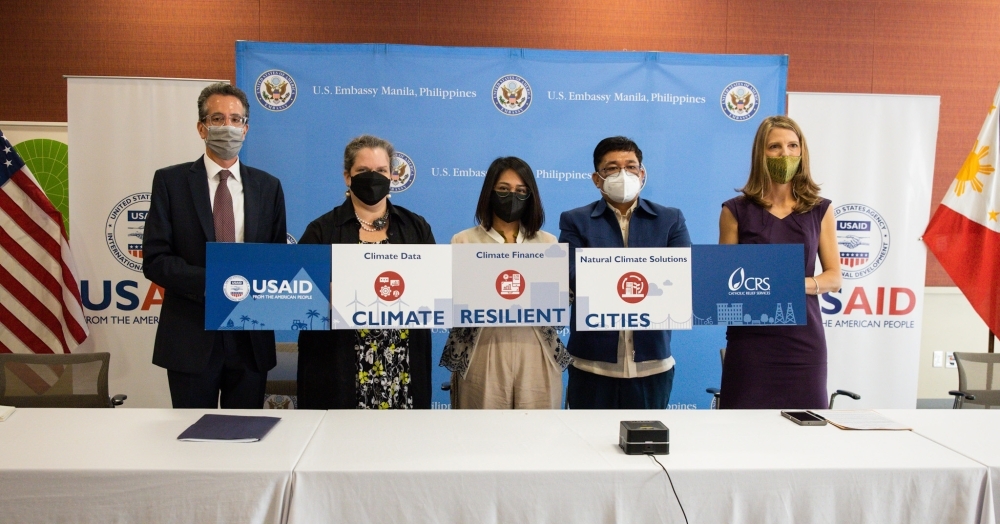 The United States government, through the United States Agency for International Development (USAid), officially launched a new project on March 10 aimed at building climate resilience in the Philippines, one of the most at risk countries. disasters in the world. Originally announced at the Indo-Pacific Business Forum in October 2021, the five-year 750 million peso Climate Resilient Cities Project will help Philippine cities adapt, mitigate and sustain the impacts of climate change by improving their access to finance and climate tools. to build resilience. Through this project, the U.S. government will help local government units and other stakeholders better understand, use, and disseminate climate information to local communities.

“Climate change is impacting people, communities, and nations around the world,” said Heather Variava, acting charge d’affaires of the U.S. Embassy in the Philippines. “We believe responding to the climate crisis is a shared mission between the U.S. and Philippine governments. We look forward to our collaboration with key stakeholders to ensure resilience is built into the fabric of cities in the Philippines.”

“Climate change is a serious threat and a daily reality for the Philippines. For us, reversing the effects of climate change is a matter of survival. We are determined to move forward with the implementation of concrete projects on the field to be able to meet our commitments,” said Finance Secretary Carlos Dominguez, President Rodrigo Duterte’s official representative to the Climate Change Committee.

The Philippines has committed to reducing and avoiding greenhouse gas emissions by 75% between 2020 and 2030 for the agriculture, waste, industry, transport and energy sectors.

“We thank the U.S. government for this timely initiative that will help equip our local communities with the knowledge to enable them to formulate feasible and practical climate adaptation and mitigation projects on the ground,” Secretary Dominguez said.

Catholic Relief Services (CRS) is collaborating with USAid to implement the Climate Resilient Cities project, working with its consortium partners including the University of the Philippines Institute for Resilience, the Philippine Disaster Resilience Foundation, Conservation International and the Rocky Mountain Institute.

“Our strong partnership with Filipino communities allows us to understand their needs and ensure that public-private climate change adaptation efforts are tailored to their unique context and needs,” said CRS Country Representative in the Philippines. , Karen Janes Ungar.

The project supports the Philippine government’s National Climate Change Action Plan, Nationally Determined Contributions, and National Roadmap on Climate Change and Disaster Risk Management, and advances the U.S. government’s goal to tackle the global climate crisis. Climate-resilient cities will also receive support from the government of the Republic of Korea, through the Korea International Cooperation Agency, under a joint partnership between the US and Korean governments.