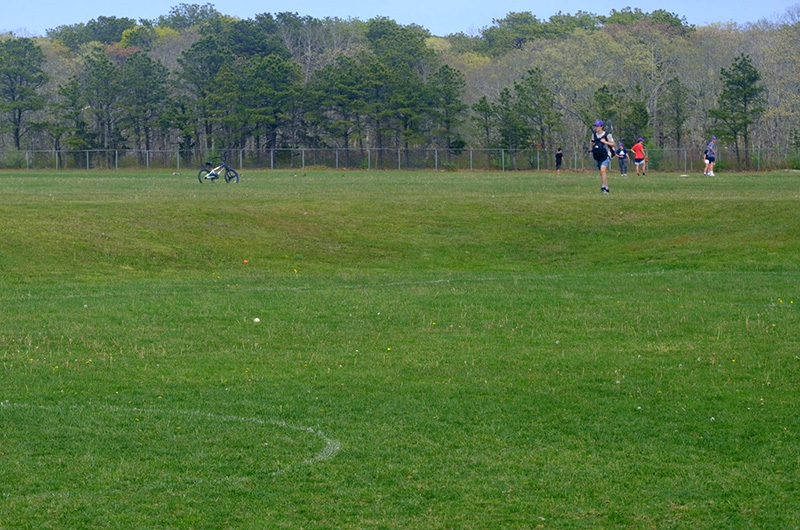 As a dispute over the redesign of regional high school athletic fields goes to court, the Oak Bluffs Board of Health appears willing to pass a two-year ban on artificial turf in town.

At a meeting on Tuesday morning, the council resumed ongoing discussion on imposing a moratorium on turf fields, aimed at preventing PFAS chemicals from seeping into groundwater. A day earlier, the high school’s regional committee voted to sue the Oak Bluffs Planning Board for its decision to deny a special permit that would allow the construction of a long-planned grass pitch at the high school.

“I come back to that conclusion,” health board chairman William White said on Tuesday. “I’m going to err on the side of caution.”

PFAS (which stands for per and polyfluoroalkyl substances) are a large group of man-made substances, nicknamed “eternal chemicals” for their inability to break down in the environment.

Discussion of a possible ban on artificial turf began at the health board last December. The issue was discussed in meetings until early February, and revisited earlier this month.

On Tuesday, council members considered a draft version of the moratorium which would ban the installation of artificial turf for up to 36 months, while the council continues to study and assess the risks associated with PFAS. Council members said the moratorium will likely be changed to 24 months, based on advice from City Solicitor Michael Goldsmith.

Board member Tom Zinno said if the moratorium passes, it would allow the board time to assess the dangers of PFAS.

“We need to sit down and get more information,” Zinno said.

He added that information about PFAS is growing and changing rapidly, warranting caution.

“It’s on the vineyard,” he says. “It’s not going anywhere, it’s just piling up.”

“The evidence against PFAS is growing every day,” he said.

Kris O’Brien, a member of the regional school committee, attended the meeting and wondered if the proposed ban had been fully reviewed by the lawyer. Mr. White reiterated that this was only a draft.

Noting the division around the turf pitch project, he urged Islanders to keep their criticism directed at the health board.

“If anyone is going to be the lightning rod, let it be me as chairman, or one of the other board members,” Mr White said.