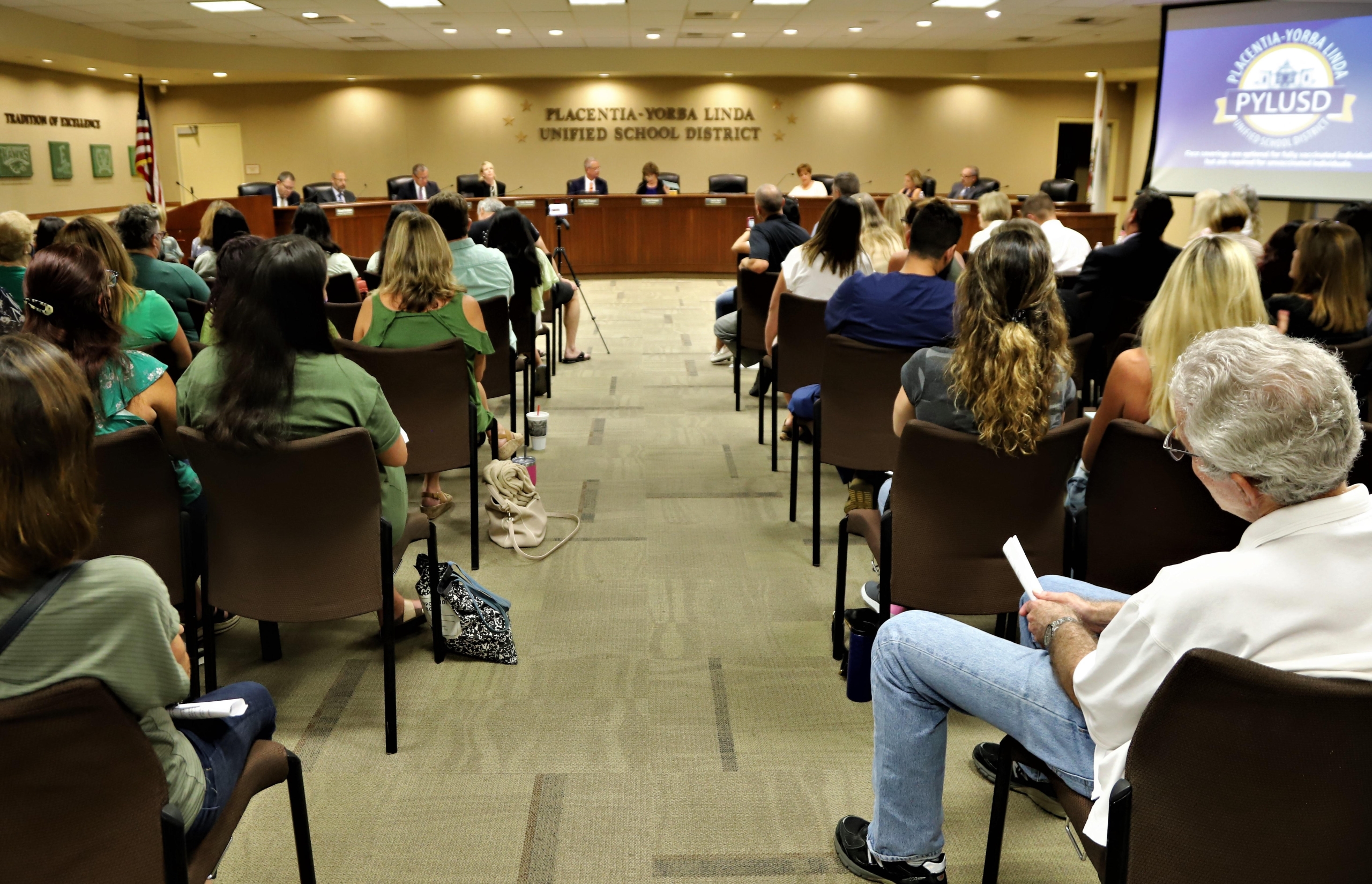 The proposed ban on Critical Race Theory (CRT) pushed by three school administrators newly elected to the Placentia-Yorba Linda Unified School District Board (PYLUSD) brings the education of thousands of students to a place where no democracy should go.

Censorship is not American. To take away academic freedom and undermine public education is anti-American. Yet three administrators want to make those same things public school policy.

Trustees Marilyn Anderson, Leandra Blades, and Shawn Youngblood are well aware that a CRT course is not taught in any California K-12 public school district and that there are no plans or proposals for doing so.

Nonetheless, the three culture warriors want broad censorship. At November 16e board meetingAdministrator Youngblood said he wanted to ban discussions of concepts such as “white supremacy, privilege, structural or systematic racism or color blindness, among others.” Note that most of us parents want strong academics, mental health services, ethnic studies, critical thinkers, competitive and balanced students, and efforts to promote equity, diversity, and justice. inclusion in all public schools.

At the same meeting, Administrator Anderson said she wanted to ban even discussing the possibility that the United States is systematically racist, or that “a race is inherently or intentionally racist and / or responsible for stereotyping, scapegoats and the oppression of another race. ” How can you discuss slavery, the Civil War, Jim Crow, women’s suffrage, or the age of civil rights without discussing these concepts? Students should also discuss WWII and the Holocaust, right? Meanwhile, any progress made by our society in dealing with race issues would also be prohibited.

Administrator Blades said there is no institutional racism to justify a school district policy that inhibits the learning of real history. It’s a mind-boggling limit on academic freedom that every American, regardless of political party, should resist. Our country’s history of segregation and discrimination must be taught honestly in order to prevent this cruelty from happening again.

The three board members claim that the CRT stigmatizes white students as oppressors and students of color as oppressed, but do not present any evidence to support this.

In fact, all three have taken a stand using the philosophy and language of prominent white supremacists who present ANY discussion of race in America as anti-white. It is scandalous that Blades, Anderson, and Youngblood are using such a discredited proposal as the basis for school policy.

What the PYLUSD board and district staff should do is listen to students who have spoken about the racism they are currently experiencing in schools in the district, instead of being harassed and ridiculed by the little one. group of angry white parents at same school board meeting. Instead of promoting dialogue, these three directors want to end the discussion just when an honest conversation about race in America is urgently needed. Social justice is important and local families want students to feel safe and supported at school.

At the very least, responsible school counselors should be prepared to reconsider their support for opinions on any issue favored by racists.

Let’s trust the existing work that graduate district directors have done on the Ethnic Studies course in recent years. Students and parents want a more precise and multidimensional curriculum. Publicly present the Ethnic Studies course according to school policy and get feedback from all stakeholders. We cannot change our past, but we are all responsible for being honest about it.

The great American writer James Baldwin once said: “Not everything that is faced cannot be changed, but nothing can be changed until it is faced. With all the accomplishments of our country, we have been unable to bring racism and the bloodshed and tragedy that have resulted from it under control.

Education is the search for the truth. We will not find this with unconstitutional prohibitions and limits on academic freedom and speech. It’s too late for Anderson, Blades, and Youngblood to learn this lesson. It is up to every American parent and student in the district to stand up for academic freedom, public education, and the truth.

Patricia Hanzo is a concerned PYLUSD parent and community advocate with experience in social work. She has worked with child neglect and abuse cases in family centers and then worked with the policy administration for public social services at the county level. She sits on Fullerton’s Community Development Citizen’s Committee (CDCC) to make recommendations regarding federal taxpayer dollars, Community Development Block Grants (CDBGs), which fund certain local nonprofit organizations and improvement projects. the city.

The opinions expressed in community opinion pieces are the property of the authors and not of Voice of OC.

Voice of OC wants to hear different perspectives and voices. If you would like to comment on this or other issues, please send an email to [email protected]