The Recorder – Montague Selectboard, Board of Health disagree on communication, COVID-19 decisions 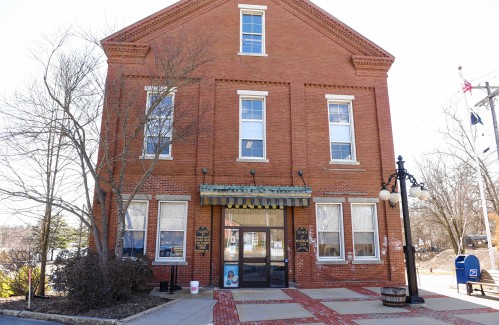 MONTAGUE – The Board of Health met on Wednesday for an emergency meeting that largely centered on mutual disappointment between the Department of Health and the Selectboard.

At the end of the Board of Health discussion, members agreed to hold meetings weekly and to consult weekly with the selection committee to decide what meetings are needed.

“I’m just going to state publicly that I really think the Board of Health should meet with us and have these discussions on a weekly basis,” Kuklewicz said on Monday.

On December 13, a mask mandate for city-owned buildings was approved by the Selectboard without a full recommendation from the Board of Health. The Selectboard then voted to expand the mandate to include all public buildings, effective December 22, at its December 20 meeting. At that meeting, those present admitted to feeling lost in leadership, with Board of Health Member Michael Nelson going so far as to say that he “(does) not really care at this point” about the decision to be taken. city.

“I really feel like you’re asking us to do a job that others might be better equipped to do on other boards and at other skill levels,” Kuklewicz told Wasiuk on Monday. “I think we’re all trying our best, and ‘I’m pretty disappointed’ is all I would say.”

“Certainly, I was disappointed with the recent remarks made by the chairman of the selection committee,” Wasiuk said at Wednesday’s board of health meeting. “The Selectboard has repeatedly overstepped its authority in public health matters. ”

While Nelson said he was not made aware of the selection committee’s disapproval until Wednesday’s meeting, Board member Melanie Ames Zamojski said she received emails from the administrator of town, Steve Ellis, asking for special meetings before Christmas.

Board members disagreed on whether to meet weekly with the selection committee. President Al Cummings declined to consider a weekly meeting, insisting that bi-weekly meetings should be sufficient. Ames Zamojski, on the other hand, argued that the board should be open to the idea, sympathizing with the idea that the Selectboard has taken responsibility for the board of health not taking enough measures to make decisions related to COVID-19.

Ariel Elan, a resident of Montague, was surprised by “the unnecessary antagonism expressed”.

“All I’ve really heard Rich say is, ‘We miss those people from the Board of Health,'” commented Elan, who also attended Monday’s selection committee meeting.

“I want a two-way relationship,” Wasiuk said. “Right now, I feel like it’s a one-sided relationship.”