The Ministry of Emigration spares no effort to serve expatriates – Min. 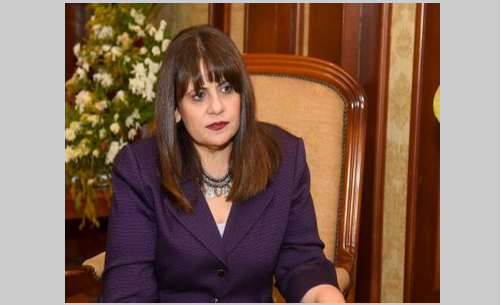 Minister of State for Emigration and Egyptian Expatriate Affairs Soha al-Gendi stressed that the ministry will spare no effort to reach and serve Egyptians living abroad.

Speaking to Sada Al Balad TV channel, the minister reiterated on Monday that the 3rd Logos 2022 Coptic Youth Forum, attended by up to 90 young people with a host of bishops and church leaders, is a important event for Egyptian expatriates. their ties to their homeland.

Young Egyptians abroad are our ambassadors and the state’s first line of defense against rumors and misinformation targeting the homeland, the minister said.

Al-Gendi said Prime Minister Moustafa Madbouly met with forum participants and briefed them on Egypt’s achievements as well as the challenges and crises facing countries around the world.

Earlier on Monday, the State Ministry for Emigration organized a visit for a group of young Egyptian second and third generation migrants to the heritage town of New Alamein.

Al-Gendi was present to attend the 3rd Logos Coptic Youth Forum 2022, where young people participate in the activities of the Forum in the presence of Pope Tawadros II of Alexandria and the Patriarch of the See of Saint Mark on Monday.

The trip came after the young participants met Madbouli at the Cabinet premises in the city.

Al-Gendi said his ministry wants young people to visit the city of New Alamein to learn about the achievements and development efforts being made on the ground.

Egyptians living abroad have a significant effect on the societies where they live and on the surrounding communities, she added.

The city was created with investments estimated at around three billion Egyptian pounds and includes 70 facilities such as a main lake, a central park, a mosque, a church, an opera, hotels and cinemas.

Young people from different countries of the world toured the various establishments of the City.

Pope Tawadros II of Alexandria and Patriarch of the See of Saint Mark inaugurated the Forum, on the theme – this year – “Return to the roots”.