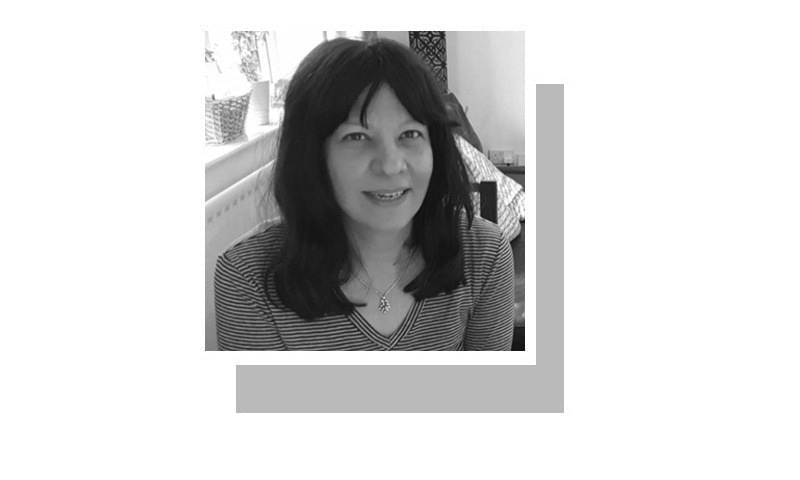 CAN art help a country come to terms with its forgotten past? I thought of this when launching an exhibition by Osman Yousefzada at the Victoria Albert Museum in London last week. (Full disclosure, I know the artist from our days as undergraduates at SOAS in the mid-90s when I was his superior and we stayed in touch from time to time.) The three-installation exhibit ‘What Is Seen and What Is Not’ was commissioned by the New British Council in partnership with the V&A and the Pakistan High Commission on the occasion of Pakistan’s 75th birthday, a time for introspection. Yousefzada’s work in handcrafted textiles, wrapped objects, and seating interventions explored themes of identity, migration, and communities.

The three large canvas tapestries are a mixture of painting, printmaking and embroidery, some of which were made when Yousefzada was artist-in-residence at the Indus Valley School of Art in Karachi. The abstract figures were inspired by Falnama, the Book of Omens – a beautifully illustrated 16th century book of fortunes across Iran, Turkey and the subcontinent. The manuscripts were used by sultans and common people to explore the unknown and seek guidance. Although scholars forbid this practice, fortune telling and divination were (are) popular in the Muslim world.

The characters of Yousefzada share a resemblance to those of Mohenjodaro – the dancer and the king of priests – and I hope the more people connect with these tapestries, the more they will find themselves returning to the past to better understand their present – or will wonder why there have been concert efforts to erase ties to the past. We may be celebrating 75 years since the birth of Pakistan, but that is by no means the beginning of its history.

As Yousefzada said, the tapestries can evoke a sense of polytheism “which can seem provocative, especially for an intervention related to Pakistan. But I sometimes think that Pakistan doesn’t always remember its own history before 1947”.

The artist’s reflection on migration was particularly moving.

I know from teaching at secondary and master’s level in Pakistan how poorly the country’s history is taught. Even in good private schools, where we once went to Mohenjodaro on a visit, the lesson was superficial, mechanical, as if going too deeply would somehow threaten the Islamic identity that has become the only lens through which to view Pakistan.

The artist’s reflection on migration and displacement through his sculptures of wrapped objects, that is to say the potlis used by women to transport and store their belongings, was particularly moving. It pays homage to migrant women often unable to find their own spaces or unable to integrate into their new lands; the potlis then become their sole possession. The artist describes the folds and knots of these sculptures as “[women’s] marks of identity and ownership”.

It is not uncommon for women to put something aside for another day compared to today where the desire for consumption is now in overdrive, destroying the environment in its wake. I thought these sculptures were a beautiful ode to preservation, not just of things but of stories, of experiences. They are also a gentle reminder to give back something that is innate in us.

The seated interventions housed in the gardens signify a space for exchange and reflection. The Peeris made by the artist scatter around the garden so that visitors can move around as they see fit, the act of moving things symbolizing packing/unpacking and moving/sitting which embody moving. I was particularly fascinated by the artist’s creation of a charpai – he used waste clothing from the factory floors to weave the bed and reused a door frame, typical of colonial times , and placed it horizontally. The shift in placement from vertical, which in colonial times was used to deny entry based on class and race, to horizontal “moves the dynamics of power from a hierarchical architecture to a community,” Yousefzada said.

I walked around a peeris installation centered around an alam (flag) that reminded me of my childhood as an expat in countries with small Pakistani diasporas; we clung together because of common rituals. At the V&A, the alam could pass after doing their muster work or the mooras (low stools) could pass to allow new people to enter.

These three facilities were like nothing I would expect in conversations about Pakistan, as they required more than just viewing the structures. I must commend the Pakistan High Commission for their support of this important exhibition by an artist who has had the deserved opportunity to represent the country of his parents. This exhibition is a big departure from the PTDC-esque work stuck in the 1970s that we’ve come to expect around the depiction of Pakistan. Yousefzada’s work paid homage to a country with a rich ancient history, whose elders left lessons for the nation, that is, to preserve and protect your heritage.

The writer is a journalism professor.