Tenor Yves Baron at the PCEC Words and Music Meetings 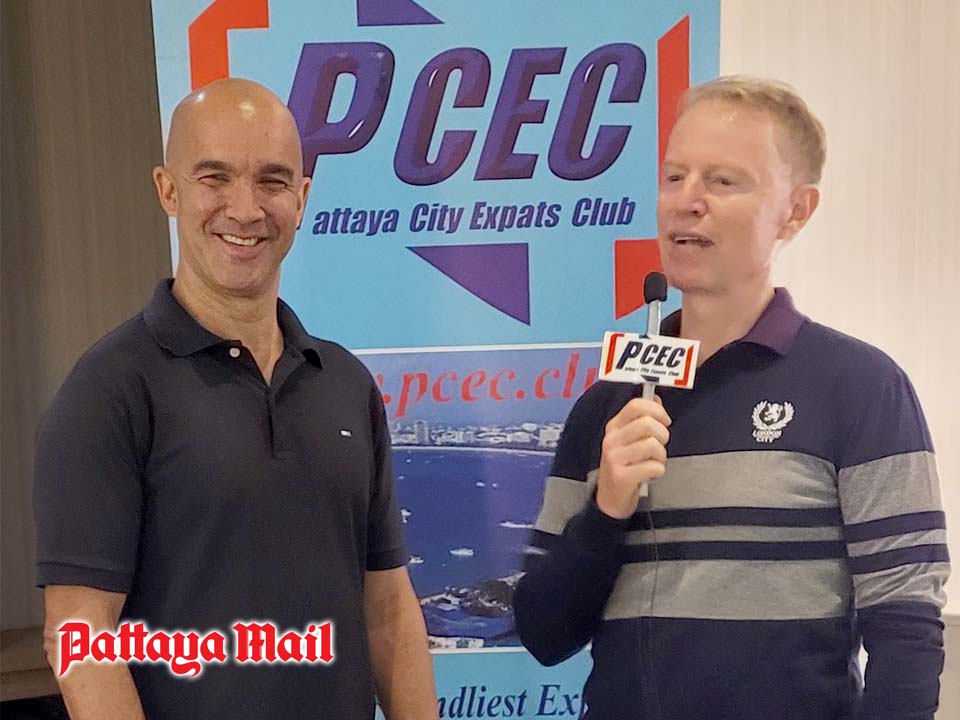 Yves Baron was the host of the May 18 meeting of the Pattaya City Expats Club (PCEC). The PCEC periodically invites musicians to a “Words and Music” meeting where they entertain and talk about their lives. Yves has lived and worked in Paris, Los Angeles and Bangkok. He has produced and participated in more than 3500 shows around the world. Besides being a master vocal coach at Superstar Academy in Bangkok, he arranges artists in various venues and performs in clubs and restaurants in Bangkok and Pattaya.

Very charismatic, Yves is a multi-talented singer and guitarist who learned to play the classical guitar with maestro Jean-Luc Derhy. He mentioned that he is Thai and French, or in other words a mix of “pad Thai and French baguette”. He says he was conceived in Thailand, but born in France. He then described his journey and how he became interested in music and the people he met along the way who were instrumental in his development as an artist in both opera and pop music.

His father who worked for the UN was sent to Thailand where he met Yves’ mother. His father returned to France with his mother before he was born. He mentioned that his parents were big fans of music, mostly classical, but his mother also loved jazz, so he was exposed to music from an early age.

He mentioned he was 13 when he told his parents he wanted to be a musician. Also, during his teenage years, he liked to listen to songs on the radio. Although he didn’t speak English, he tried to imitate the sounds. He also recorded songs he had written and then listened to the tape. He said he was training his voice unknowingly.

During his high school days in the afternoon, he said he would frequent a club where a DJ would play music for a teenage audience, as the club limited afternoon entry to teenagers. aged 14 to 17. After paying an entrance fee, once inside they were given free drinks and snacks while listening to music. But he wanted to be more than just a spectator, so he volunteered to hand out Flyers for the club which earned him free entry. It was his beginnings that led him to become a promoter to finance his musical passion. He became a party organizer for some of the biggest nightclubs in Paris. He then became co-owner of a nightclub, before deciding to sing opera full time.

He described how this later morphed into singing popular songs in a style of opera commonly referred to as “Pop Opera” and demonstrated his enormous talent by singing a few songs during his presentation; thus, revealing why he is known as “The Tenor”, a skill that requires hitting the high notes.

At the end of his speech, MC Ren Lexander updated everyone on the latest happenings. This was followed by George Wilson who led the open forum where participants can make comments or ask questions about expats living in Thailand, especially Pattaya. For more information about the PCEC, visit their website at https://pcec.club. To view a presentation video, visit the PCEC YouTube channel at https://youtu.be/nTpUZXm-5AQ. To see a video of Yves singing at Jazz Pit Club Pattaya, visit https://www.youtube.com/watch?v=RHUDDHjjGDY.