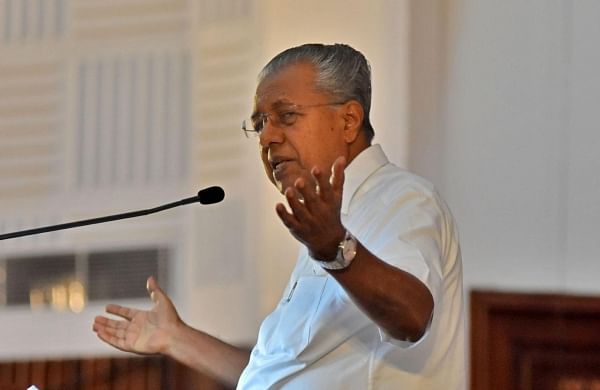 THIRUVANANTHAPURAM: Non-resident Keralites from 65 countries, representing all continents, and all 21 Indian states will participate in the three-day Loka Kerala Sabha 2022 which kicks off in the state capital on June 16.

Experts from diverse backgrounds from around the world have also been invited to participate in the deliberations of the biennial congress. The event aims to ensure the participation of NRK in the development of the state and find solutions to the problems they face. Following criticism of extravagance from the opposition, the government decided to cover only the accommodation costs of the delegates this time around. Delegates will bear the travel costs alone, with some exceptions.

“This edition of Loka Kerala Sabha is being held with maximum cost reduction. A total of Rs 3 crore has been allocated for the event budget and Rs one crore for cultural festivities to be held as part of the main event The rest of the expenses including food and stationery will be covered by the sponsorship,” President MB Rajesh, who is also the president of the LKS praesidium, told reporters.

Governor Arif Mohammed Khan will inaugurate the LKS in a ceremony presided over by Chief Minister Pinarayi Vijayan at the Nishagandhi Auditorium here at 5 p.m.

The two-day deliberations will begin on June 17 in Room R Sankaranarayan Thampi of the Legislative Assembly at 9:30 a.m.

A total of 351 delegates, including 169 elected representatives to the state legislature and parliament, will attend the conference. Of the 182 NRKs, 104 are from overseas and 36 from other Indian states.

The delegates also include 12 NRK who have returned to the state and 30 “prominent” expatriates. In addition to this, expatriates without Indian nationality and other personalities will be present as special guests. One-third of current LKS members will retire after completing their two-year term.

“Discussions in the LKS will be based on an approach paper prepared after an online brainstorming session of experts,” the chairman said.

The discussions will be divided according to seven geographical regions and eight major themes.

An open forum will be held at the Legislative Assembly on June 17-18 where topics related to migration and post-Covid challenges will be discussed.

A panel of expats and academic experts will interact with the audience during the open forum.

The Malayalam Mission will organize a literary competition for expatriate students and seminars on migration-related topics in Kollam and Kozhikode.

A photo exhibit and a global media conclave are among other related programs.

After the inaugural ceremony on Thursday, June 16, a cultural program named “Norka Indradhanus” led by Methil Devika and GS Pradeep will take place.

On June 17, a musical event led by Shahabas Aman and Sithara and a mega multimedia show will take place after the end of the day’s session.