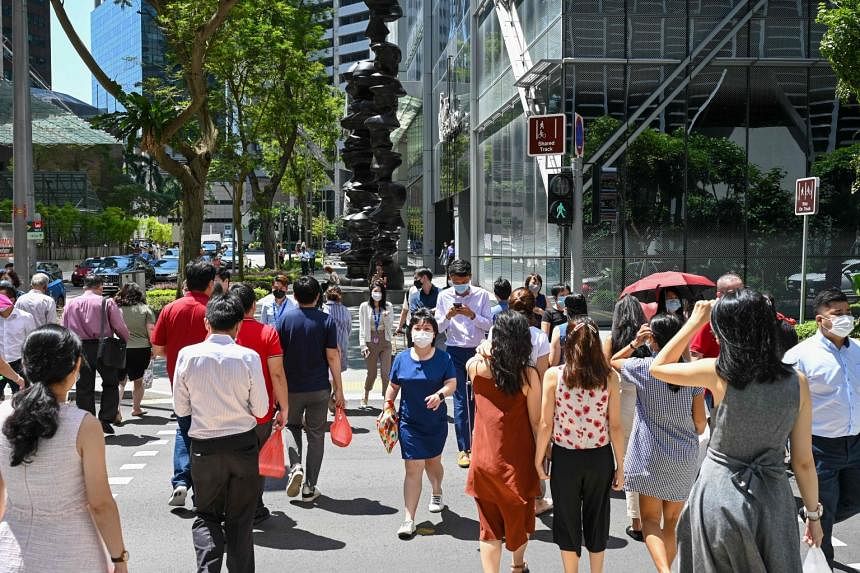 SINGAPORE (BLOOMBERG) – The Big Four accounting firms are flooding staff with pay rises in Singapore, where a severe labor shortage is driving fierce competition for talent.

PricewaterhouseCoopers and Deloitte increased base salaries starting July 1, according to internal documents from the two companies reviewed by Bloomberg News.

Ernst & Young made an off-cycle salary adjustment in April for parts of the business, in addition to a special bonus payout last year and the annual salary review in October, it said. said in a response to questions from Bloomberg.

KPMG said in May it would raise entry salaries by 20%, while offering “market-competitive bonuses.”

The push by Singapore’s biggest auditing firms to offer bigger paychecks reflects wider competition for skilled talent in the financial hub, where businesses from banks to tech firms are growing. An outflow of expats during the pandemic, coupled with stricter rules on recruiting staff from abroad, has also contributed to the worst labor shortage in decades.

At Deloitte, the increases have focused on junior positions, with associates’ base pay jumping from $500 to $3,500 a month, according to the internal document. Those for analysts increased by $600 to $3,800, with a more modest increase of $100 to $200 for management positions.

The accountancy firm recently reviewed salaries and adjusted them according to “the current market to stay competitive,” Ms. Ong Siok Peng, talent lead for Deloitte Singapore, said in a statement in response to questions from Bloomberg News.

At PwC, “higher increases” than in previous years have been made to base salaries, according to its internal email to staff. The company is trying to keep both its compensation and benefits competitive, said Mr. Chua Chin San, the company’s human capital manager in Singapore, without giving details of the salary increases.

EY can add to its off-cycle pay rise. The company is making salary and benefit adjustments “beyond” the annual review cycle “if necessary”, according to Mr. Liew Nam Soon, the firm’s ASEAN regional managing partner.

The wage increases have come as companies struggle to retain staff. The average attrition rate among the big four companies here rose to 38% in the 12 months to September 30, 2021, from 24% in the year-ago period, according to figures submitted to the government. Outside of the Big Four, the median attrition rate among audit firms in Singapore is even higher at 62%, having doubled from the previous year.

Employees have “skills and knowledge that make them very attractive to the market as a whole, which means attrition will be inevitable,” said Ms Janice Foo, KPMG’s head of people in Singapore. The firm will do what is necessary, “including on the compensation front”, she said, without giving further details on future salary adjustments.