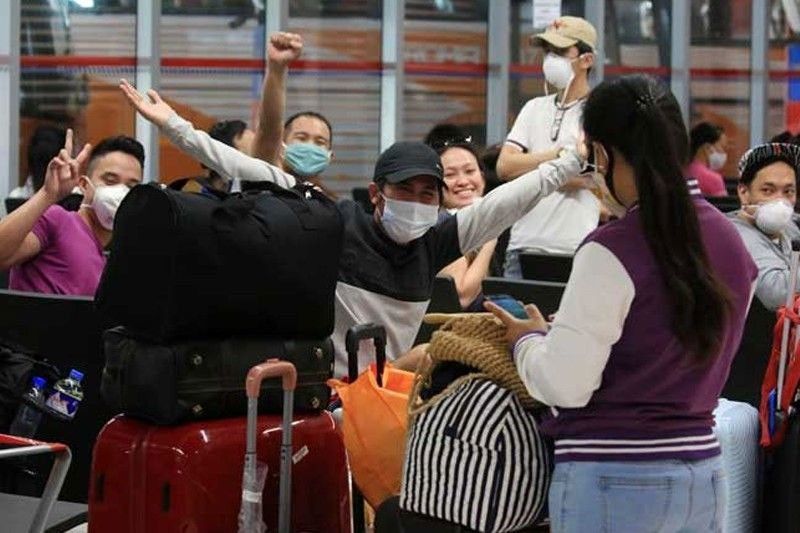 MANILA, Philippines — Money Filipinos sending abroad grew at a slower pace in July as better exchange rates due to a weak peso allow expats to reduce the dollars they send home. their families.

Remittances through banks rose 2.3 percent year-on-year in July to $2.92 billion, the Bangko Sentral ng Pilipinas reported on Thursday. However, this was slower than the 4.4% growth recorded in June.

Remittances are considered the lifeblood of the consumer-dependent Philippine economy. The money Filipinos send abroad increases their family’s income here.

Likewise, these remittances are also crucial sources of dollars for the country. Remittances amounted to $31.42 billion last year, up 5.1% from 2020 transport. Collections slightly missed the central bank’s 6% growth forecast, but BSP hopes that remittances will increase this year.

With the peso plunging to record lows after hitting record highs against a rising greenback, in part due to aggressive interest rate hikes by the US Fed, remittances are being boosted. While this should be beneficial for Filipinos abroad and their families here, a strong dollar trend only fuels painfully high inflation that squeezes household budgets.

Nicholas Antonio Mapa, senior economist at ING Bank in Manila, predicts that remittances will continue to grow at a “moderate” pace in the coming months.

“Remittances are expected to remain expanding but will likely moderate. We expected dollar growth in remittances to slow due to exchange rate nuances, OFs can afford to send a bit more given better exchange rates, but the rising cost of life will always compel them to send more,” he said in a Viber message. .

Jeremiah Opiniano, a professor at the University of Santo Tomas and executive director of the Institute for Migration and Development Issues, agrees with Mapa’s assessment.

“So we have a situation where more dollars are coming in but the cost of goods and services is higher. This situation can just negate things in terms of money left over for the migrant family back home,” he said.

Remittances have proven to be a resilient source of dollars for the government during most pandemic shutdowns. Despite widespread layoffs around the world, overseas Filipino workers who have managed to keep their jobs have sent a steady stream of remittances to their families here.

That said, economists predict a slowdown in the global economy in the coming months, with central banks triggering aggressive rate hikes to temper inflation at home. Mapa expects remittances to be isolated.

“The projected global recession is unlikely to impact the growth trend in remittances as OF rollout resumes,” he said.