Putin is the only leader they have known. And they’re done with him. 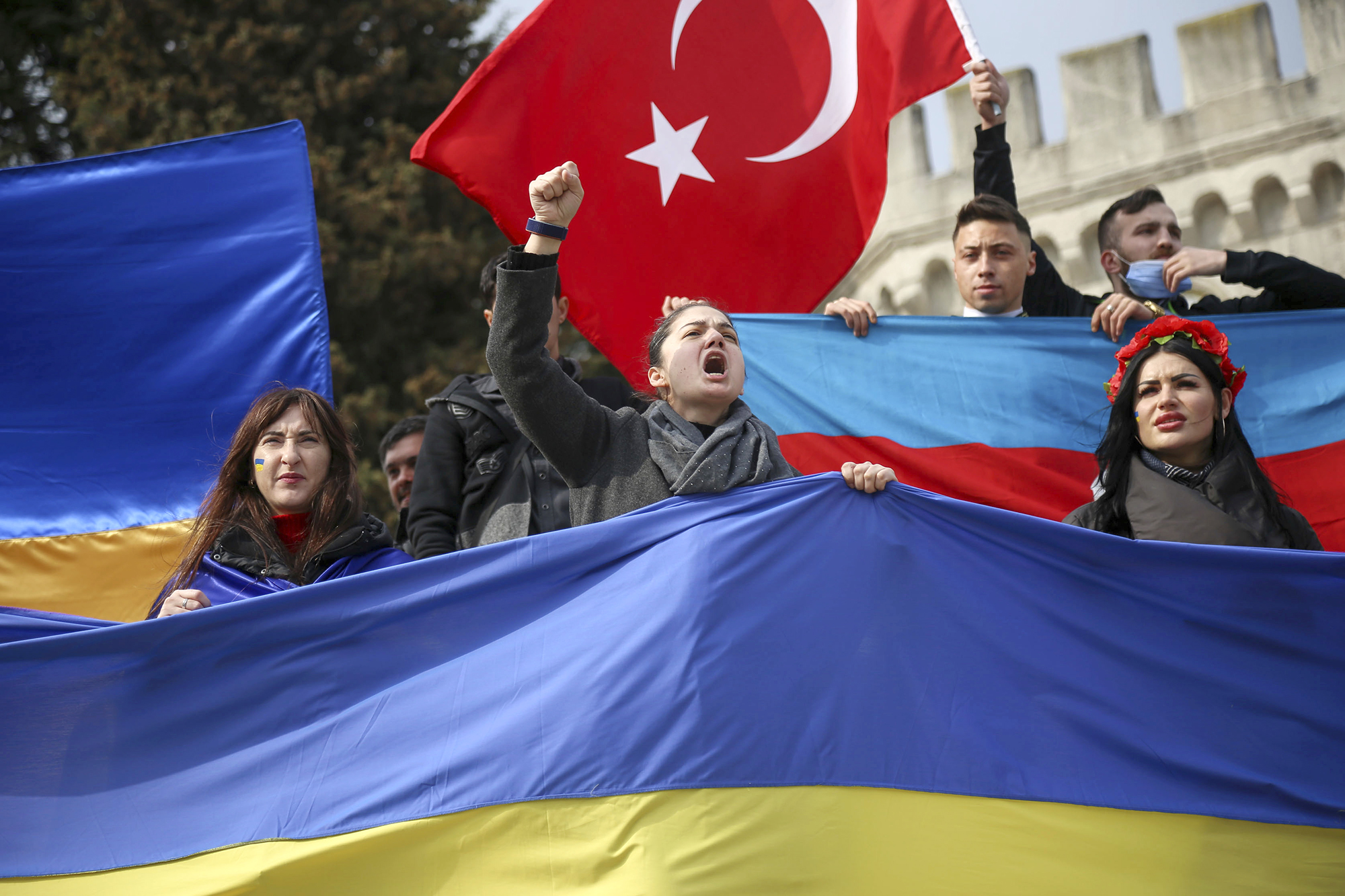 A common theme emerged in my conversations with opposition Russians who had fled to Istanbul: Protests don’t work. Putin’s police state is too powerful.

Pavel Gorchakov, 31, protested against Putin’s regime for the past 10 years until he finally decided to leave the country forever. I met him on the same balcony of the hostel where I met Misha, also smoking his cigarettes. He had left his wife, who is pregnant, in St. Petersburg because she could not travel. He is waiting for her to give birth before he can travel to Thailand with his family and start a new life in a new country.

He has a long red beard and embellished his nails with the message “NO WAR”.

Before deciding to flee, Gorchakov had participated in an anti-war rally in St. Petersburg. “In a city of over 5 million people, I only saw 200 students at a rally, chased away by 500 riot police,” Gorchachov told me. “I haven’t seen many mature, capable men who think like me.”

More than 15,000 Russians have been detained by authorities for taking part in anti-war protests since the war began, according to independent human rights monitor OVD-Info. Images of men in black balaclavas dragging men, women, the elderly and teenagers off the streets filled social media. But in a country of over 140 million people, 15,000 is a small percentage.

“I realized I had to go, and the sooner the better,” he said.

He recalls the time of the Bolotnaya protests in 2012, referring to the massive demonstrations in Russia that opposed Putin’s fraudulent re-election and his decision to change the Constitution to rule Russia again after already serving two mandates.

“When there was Bolotnaya, there was a feeling that now freedom is rushing from all the cracks, now we are changing something. I tell you now, and I get goosebumps. And then the National Guard is appeared, they brought paddy wagons, ”says Gorchakov.

Gorchakov tells me that he received anonymous threats by e-mail, which also prompted him to leave more quickly.

It becomes clear to me that Misha admires the older, more rebellious Gorchakov. Misha doesn’t want to give me his last name because, unlike Gorchakov who is a well-paid computer scientist, Misha has trouble finding work in Turkey and might have to return to Russia once he runs out of money.

Gorchakov encourages him to resume programming. “I was around your age when I started, around 24-25,” Gorchakov told him.

“I’ve been studying online courses all day,” Misha tells her. “And, when I’m 30, I’ll grow out my beard and start vaping,” he says and we all laugh.

As our conversation continues, I notice the lingering presence of another man who quietly joins us on the balcony. Turns out he’s from Ukraine.

“Why don’t you torture Sasha too?” Misha suggests, pointing to the man in the corner. “He is from Kharkiv.”

It turns out that Sasha is a 31-year-old Ukrainian who came to Istanbul for a friend’s birthday on February 23. The next day, Russia fired artillery rockets at his hometown, destroying the residential building next to the building where he had bought an apartment three years ago. His family is in Lugansk – in one of the pro-Russian breakaway regions – and he calls them every day.

I feel uncomfortable asking him how it feels to be surrounded by so many Russian citizens, staying in the same hostel in Istanbul.

“Well, you’re not vatniks,” Sasha says, using a slang term for people who support the regime and religiously believe in Kremlin propaganda. We all laugh, embarrassed for the vatniks at home, some of them in our own families.

“You are not in Russia. What can you do?” he adds. “I blame those who support this operation. They are also responsible for this, quietly consenting to everything that happens.

After a silence, the four of us exchange advice and plans on where to go in case Putin starts a nuclear war.

Stranded in this country for 90 days, on a tiny balcony thousands of miles away from our home countries which are at war with each other, we realize that we need each other. And we share a laugh.