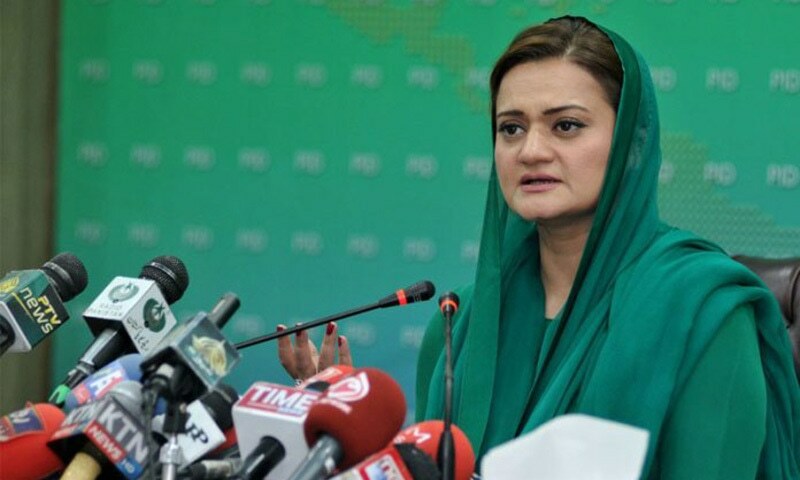 Information and Broadcasting Minister Marriyum Aurangzeb said on Monday that a presenter from the Pakistan Television Company (PTV)who was part of a delegation of Pakistani-Americans visiting Israel earlier this month, was fired.

“The PTV the anchor was stopped and lifted off. He did the tour on a personal basis,” she said, as quoted by Pakistani television.

Aurangzeb was also quoted as saying that there was no change in Pakistan’s policy towards Israel. “Pakistan’s policy on Palestine is clear and based on the statements of our founder Quaid-i-Azam Mohammad Ali Jinnah,” she said.

She went on to say that a policy which contradicted the wishes and aspirations of the people could not be implemented. The minister said Pakistan was committed to its traditional and principled position on the Palestinian issue and on Israel.

The Foreign Ministry (FO) has already clarified that no delegation from the country has visited Israel, she said, adding that Pakistan supports the Palestinians’ right to a referendum in accordance with Security Council resolutions. United Nations Security (UNSC).

She said the world sees the two-state solution as a guarantee of lasting peace in the region. The minister said the promise of a Palestinian state with pre-1967 borders and with Jerusalem as its capital should be kept.

“Occupied Palestine and Jammu and Kashmir are the oldest issues on the UNSC agenda,” she said, adding that it was the responsibility of the international community to resolve the issues. .

Lasting peace in the world will remain a dream until these two issues are resolved, she said. “We will continue to do our utmost to support the just struggle of the peoples of occupied Palestine and illegally occupied Indian Jammu and Kashmir,” she added.

She said those who take “negative steps for cheap political advertising” should at least keep the national interest in mind.

Although the minister did not name the anchor who was fired, journalist Ahmed Quraishi was part of a delegation that recently visited Israel. Quraishi also works for the state broadcaster.

The issue was also discussed during today’s Senate sitting. Jamaat-i-Islami Senator Mushtaq Ahmad said there were reports of a Pakistani delegation visiting Israel, adding that the nation was concerned about this. He called on the government to clarify its position on the matter, as well as to identify the citizens who made the trip.

“One of them is associated with PTV and worked on major Pakistani army projects,” he said, adding that a ban should be imposed on the NGO that organized the visit. The citizenship of those who have traveled to Israel should be revoked, he said.

Justice Minister Azam Nazir Tarar maintained that there had been no change in Pakistan’s policy towards Israel. Pakistan does not recognize Israel as a state and no official visit has taken place, he said, adding that it was a serious matter.

Pakistan’s position on the Palestinian issue is clear (FO)

On Sunday, FO had “categorically rejected” the idea of ​​any Pakistani delegation visiting Israel.

The statement was in response to Israeli President Isaac Herzog saying he received a delegation of Pakistani-Americans, calling it an “incredible experience” and referring to it as an example that showed him a “great change”. vis-à-vis Israel’s ties with the Muslim world.

The FO said the visit in question had been organized by a foreign NGO and that Pakistan’s position on the Palestinian issue was “clear and unambiguous”. “There is no change in our policy on which there is full national consensus,” the FO statement added.

“Pakistan strongly supports the inalienable right of the Palestinian people to self-determination. The establishment of an independent, viable and contiguous Palestinian state with pre-1967 borders and Al-Quds Al-Sharif as its capital, in accordance with relevant UN and OIC resolutions, is imperative for a just and peaceful peace. sustainability in the region,” said FO.

Herzog had made the remarks during a special speech at the annual meeting of the World Economic Forum (WEF) on May 26 in Davos, Switzerland, while talking about the Abraham Accords – an agreement brokered by the United States in 2020 which saw the normalization of relations between Israel, the United Arab Emirates (UAE) and Bahrain.

“The Abraham Accords yield a lot of returns. How would you see that expanding the scope of cooperation?” asked WEF President Børge Brende.

“One was a delegation of young opinion makers from Morocco who lined up on Facebook with an Israeli [group]. They both came and sat with us for an hour and it was just amazing to listen to the experience of breaking down barriers and moving forward and intertwining,” he said.

The next day, Herzog said, he received a delegation of Pakistani expatriates who were living in the United States “with other members from other countries in their region.”

“And I have to say, it was an amazing experience. We haven’t had a group of Pakistani leaders in Israel of such magnitude. And it all stems from the Abraham Accords, which means Jews and Muslims can live together in the area. […].”