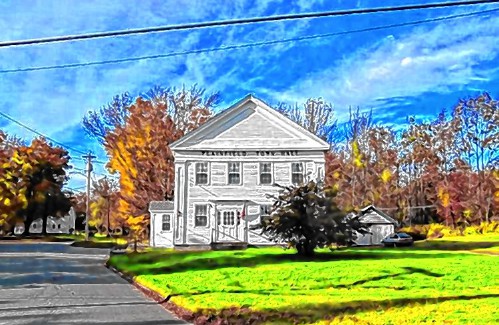 PLAINFIELD — Residents named speeding, burglary and random shooting as their top concerns in a recent survey of city policing and policing.

While many people who responded to the survey said they did not have enough information or interaction with the police to answer many of the questions asked, when residents did, they often conflicting points of view. For example, some people felt that too much was spent on the police, while others wanted more police coverage on weekends.

The survey, published by the Select Board and conducted by the Plainfield Police Task Force, was open to Plainfield residents aged 18 and over. Of 546 potential respondents, 177 completed valid surveys, almost a third of those eligible.

The survey was developed with input from the police service and the select committee, with the aim of guiding the service in defining the goals and objectives of the police and assisting the board in holding the chief of police accountable for the community needs and priorities. . Allowing for community input was another of the objectives of the survey.

Plainfield employs two full-time officers, including the chief, and two part-time officers. The city has budgeted approximately $142,000 for the service this fiscal year.

The 29-question survey asked residents how they felt about issues such as public safety concerns, levels of police coverage and department performance.

When it comes to the biggest challenges to public safety and quality of life in the city, speeding motor vehicles, burglaries/thefts and random gunshot sounds were clearly the top three concerns of respondents. – speed being the main problem mentioned.

“Speeding on North Union Street is out of control and I have never seen anyone get a speeding ticket on this road,” one resident wrote. “I’m scared to walk down the road and hold my breath when I have to be out there hitting the trails with my horses.”

The survey also shows significant concern about limited police availability at weekends. Currently, Plainfield relies on state police troopers to cover all but five hours on weekends. A commenter asked why the department’s two full-time officers couldn’t adjust their schedules to provide coverage every day of the week. “It would give us a more efficient response time and reduce state police response,” read part of that comment.

In contrast, just over a third of respondents said the department is overfunded and should reduce its coverage. “I don’t think this sizeable community needs a full-time policeman…or all those cars!” reads a comment.

Longey noted that the survey indicated that many respondents had not interacted with police in the past three years.

When asked if the police were addressing the top safety and quality of life concerns, 35% of respondents said they didn’t know or had no opinion. Along the same lines, 40% gave the same answer on whether the police responded to emergency calls in a timely manner, almost 59% gave this answer on whether calls to the police were answered professional and 67% gave this answer as to whether a complaint against a city police officer would receive a fair, objective and timely response.

“That was the best part,” he said.

Regarding the survey results, Bronstein said he expected to see a variety of viewpoints, and that expectation was met.

Rebecca Coletta, who sits on both the select committee and the policing task force, said the inquiry will spark good discussion about policing and public safety.

“It creates discussion,” she said. “And that’s what’s important.”

The task force plans to release its policing recommendations in the near future, Longey said.

Bera Dunau can be reached at [email protected]