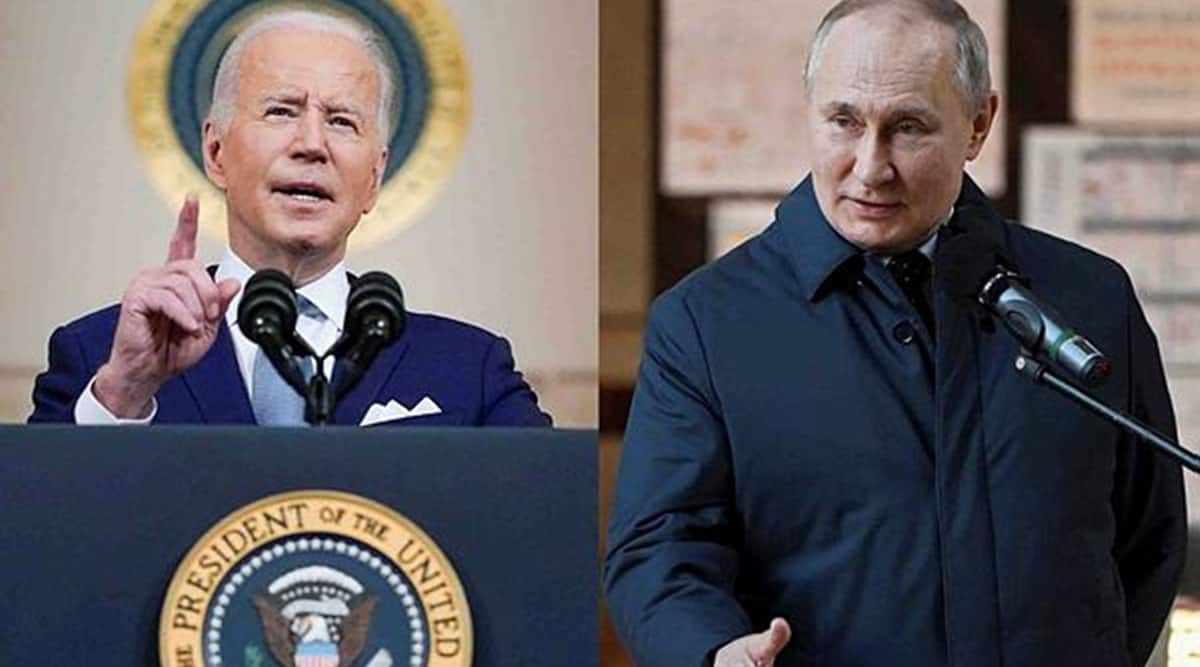 Live news updates from the Russia-Ukraine war: Russia said on Wednesday it “categorically disagrees” with US President Joe Biden’s description of Russia’s invasion of Ukraine as “genocide”, according to the news agency. Reuters reported. “Statements like these are unacceptable from the President of the United States, whose own country has committed high-profile crimes in recent history,” the statement read. The Kremlin also said Ukraine’s capture of pro-Russian politician Viktor Medvedchuk had no channel back to Russia. On the Ukrainian proposal to exchange Medvedchuk with a prisoner of war held by Russia, the Kremlin declared that Medvedchuk was a Russian and foreign politician, hinting that it would not conclude any agreement on this subject.

Ukrainian President Volodymyr Zelenskyy addressed the Estonian parliament on Wednesday and said Ukraine should be granted “EU candidate” status. Zelenskyy, who has already addressed more than a dozen assemblies – including the US Congress, the UK Parliament and the European Parliament, via video conference, also asserted that Russia can only be stopped by “acting together “. The President also said that the President’s visits to Poland and the Baltic countries on Wednesday are an important signal of support for Ukraine. In his address, Zelenskyy also informed parliament about Russia’s use of a phosphorus bomb against Ukrainian forces.

Meanwhile, Ukrainian authorities announced they had detained the Kremlin’s most prominent ally, Viktor Medvedchuk, Zelenskyy told Moscow to release all POWs if he wanted Medvedchuk back. “I propose to the Russian Federation: exchange this guy of yours for our guys and girls now being held in Russian captivity,” President Zelensky said in an early morning speech on Wednesday. However, on the same day, the Russian Defense Ministry said 1,026 soldiers from Ukraine’s 36th Marine Brigade surrendered in the city of Mariupol, TASS news agency reported on Wednesday.

President Joe Biden said Tuesday that Russia’s war in Ukraine “amounts to genocide”, accusing President Vladimir Putin of trying to “erase the very idea of ​​being a Ukrainian”. Speaking in Iowa shortly before boarding Air Force One to return to Washington, Biden said he meant it sincerely when he said at an earlier event that Putin was carrying out genocide. against Ukraine.