Pattaya City Expats Club: What continues to happen in Myanmar 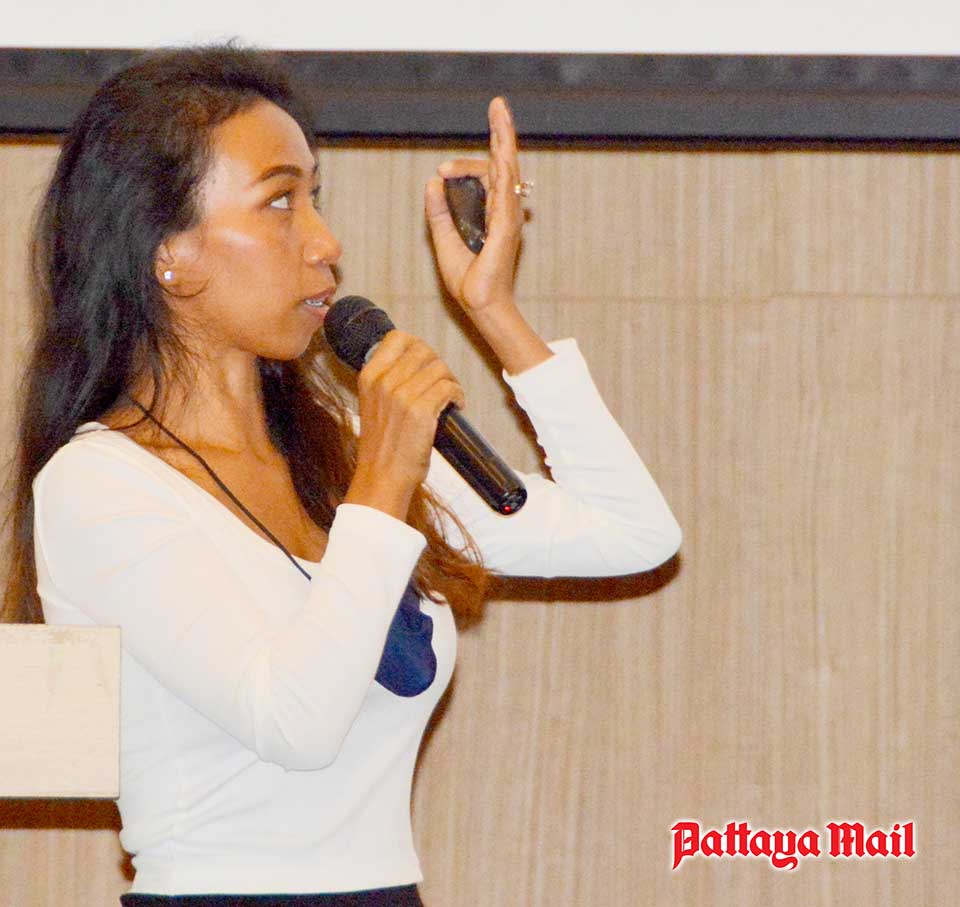 In March 2021, the Pattaya City Expats Club (PCEC) received presentations from Rose Saline and Phil Robertson on “What is Happening in Myanmar”. They both returned on May 4 to take stock of the current situation.

Rose is originally from Myanmar and previously worked at the Myanmar Embassy in Thailand. She previously spoke about what was happening to her friends and family. Their situation continues to be full of dangers and many difficulties. She again spoke fondly while posting the two photos and some of her own drawings/paintings depicting the horrors her friends and family have experienced.

A friend of hers was forced by the army to be a beast of burden. Malnourished and overworked, he ends up committing suicide. She also mentioned some of the atrocities committed by the military when they invade a village, so now most people run and hide before they arrive. Some of the pictures she showed were quite gruesome as they showed friends and neighbors after they had been killed by the soldiers. She also mentioned that children aged 9 and above are taken to serve in the army.

Rose talked about her efforts here in Thailand to help her family and friends by providing money and clothes on a monthly basis. MC Ren Lexander at the end of his speech noted that donations were being accepted to help Rose in her efforts.

After Rose’s presentation, Phil Robertson began his presentation. Phil is based in Bangkok and is the deputy Asia director of Human Rights Watch. In his previous speech, he spoke about the repression and human rights abuses in Myanmar by the military general at the head of the junta that took control of the democratically elected government. The National League for Democracy (NLD) had overwhelmingly won another election against the candidates of the army-backed party.

Although under the constitution the army automatically has a specific number of seats as well as control of certain key ministries, it exposed electoral fraud and took control by arresting Aung San Suu Kyi, president of the NLD and other elected government leaders. She and others arrested remain in custody and have since been convicted of some alleged crimes with other charges pending.

Phil noted that Rose’s presentation illustrates the current conditions and that many Myanmar people are in Thailand and are also experiencing stress, pressure and anxiety from friends and family. A major change since his last speech is that Burma (Phil prefers to use the old name Myanmar) is no longer a major news event. It was replaced in the media by the Russian invasion of Ukraine. As a result, atrocities and human rights abuses in Burma continue unabated but with less exposure. Even so, Phil believes that eventually the generals will have to accept the will of the people.

Phil reiterated much of what he said in his previous presentation regarding the general misunderstanding of the conditions that currently exist with the population. Unlike the previous military regime, protesters did not simply pass out. After several years of learning about the restrictions and a better economy, the protests against their rule have not gone away. There was a general strike by professionals and others which continues today.

Likewise, with the greater availability of mobile phones, the oppressed population is expressing its opposition on social networks such as Twitter, in particular by posting photos and videos of military abuses. There is also a government in exile calling itself the National Unity Government (NUG).

Phil noted that many ethnic groups favor a federal system of government in which they have a voice. The formation of a federal form of government is supported by the NUG. In addition, the NUG has created a People’s Defense Force (PDF) which takes action against the military not only in the hinterland but also in cities, including the use of improvised explosive devices (IEDs). ). Thus, there is essentially an ongoing civil war that will continue, possibly for years. It’s still the darkest before dawn, but ultimately he feels the people will prevail and the military will have to give up much of their power.

MC Ren Lexander updated everyone on the latest happenings. This was followed by George Wilson who led the open forum where participants can make comments or ask questions about expats living in Thailand, especially Pattaya. For more information, visit the PCEC website at https://pcec.club.