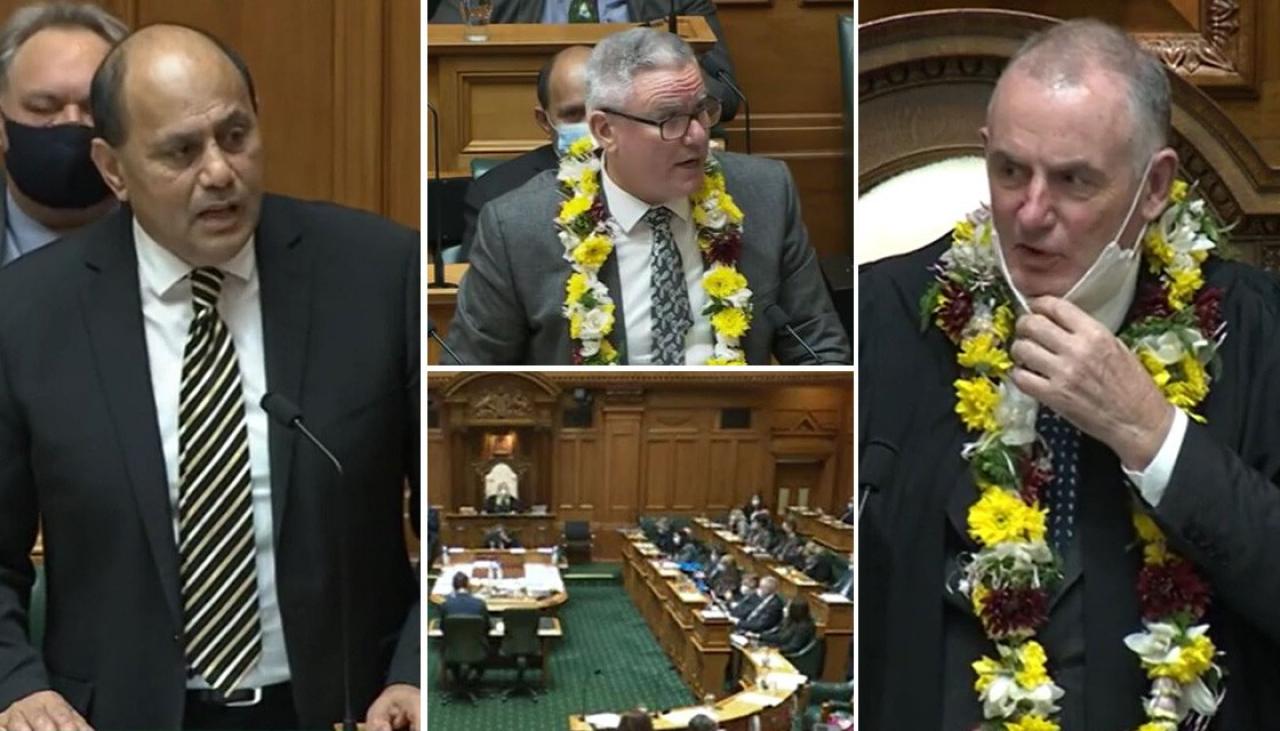 It didn’t start out smoothly, with Mallard interjecting as Jackson answered a question from Green MP Ricardo Menéndez March about how the rising cost of living is affecting recipients.

The question was directed to Social Development Minister Carmel Sepuloni, but she is in Samoa with the Prime Minister. The president wanted to know if Jackson was answering on behalf of the minister or acting as minister, to which Jackson said he was simply answering for Sepuloni.

Jackson couldn’t hear Menéndez March’s next question – which was about increasing hardship subsidies – leading National MP Gerry Brownlee to step in. Jackson thanked him and then tried to interpret what he was asked. Menéndez March was allowed to ask his question again.

But with rumblings coming from House members, Jackson couldn’t hear another question later in the exchange. Mallard turned to the national side and asked Bennett to “turn his volume down.” However, soon after, with more interjections coming from the opposition benches, Mallard stood up and said “Bennett out”.

Menéndez March asked Jackson if it’s “nice” that the government doesn’t give its cost of living payment to people living in poverty because they are eligible for the winter energy payment.

Jackson responded by saying he “respects the question and the member.”

“It’s not about being nice,” Jackson said as she flipped through a large number of sheets of paper.

“This government has been nicer than any government in the last generation. As a government, we have increased the incomes of people on allowance once in a generation. Our changes have resulted in an increase of about 40% after the cost of housing income for those receiving a main benefit, adjusted for inflation since 2018.”

Facing the heckling, Jackson said that “unlike the opposition” he had worked “with many beneficiaries” and that opposition MPs “wouldn’t know a beneficiary if they came across one”.

Mallard then stood up and told Jackson that “it was a simple question”.

“Some of the nonsensical interjections may deserve an answer, but I just want to tell the minister that he’s not doing much good chasing the bait,” the president said.

Menéndez March’s next attempt to ask a question was foiled by another interjection. National wanted to know the reason Bennett was kicked out, with deputies claiming it was actually them who made the noise.