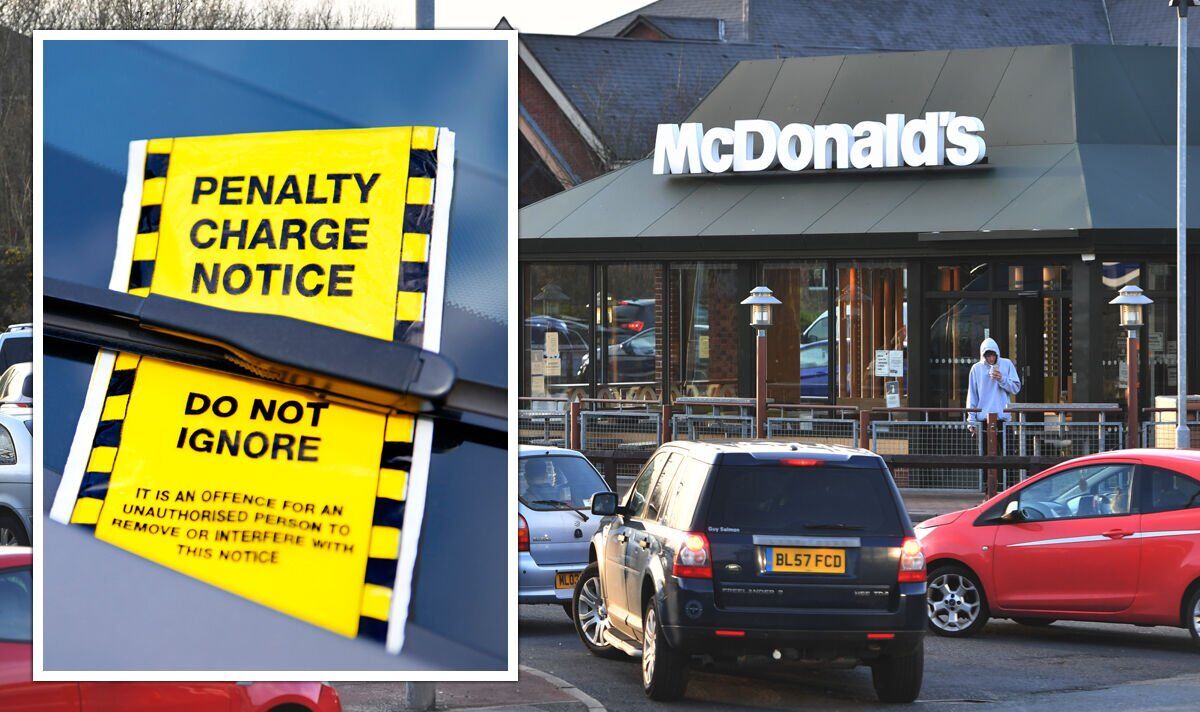 An anonymous McDonald’s customer has spoken of his frustration after being slapped with a £50 parking fine just for eating his meal. The driver stopped at the restaurant in Coalville in Leicestershire, said he had had a full meal and ‘extra drinks’ before noticing the fine.

Posting on local forum Spotted Whitwick, the disgruntled shopper said: ‘So annoyed I just got fined for parking at McDonald’s for almost two hours we were there the whole time eating and [got] extra drinks, I now have a fine.

He then asked, “Anyone else had this?”

Most McDonald’s franchises have a parking time limit, which is usually between 90 minutes and two hours.

An exception to this rule is if the restaurant is in a shopping complex or larger estate, which may be operated by a private company.

Another said: “Come in and talk to McDonald’s, they may be able to cancel it if you can prove you were there the whole time. Worth a try,” Leicestershire Live reported.

A third commenter said it was a former employee and advised him to call and ask to speak to a manager.

They claimed that a manager can have a fine waived at their discretion.

Not everyone was sympathetic to the driver, as many in the comments made fun of the fined motorist.

A McDonald’s spokesperson told Express.co.uk: “We have put in place parking restrictions at a number of our restaurants, with a time limit to ensure there is adequate parking for everyone. our clients.

“In this restaurant, the time limit is 90 minutes and we clearly indicate this to our customers with signage in the parking lot.

“If a customer believes they have received a ticket in error, we encourage them to contact the third-party contractor who issued the ticket by way of appeal.”