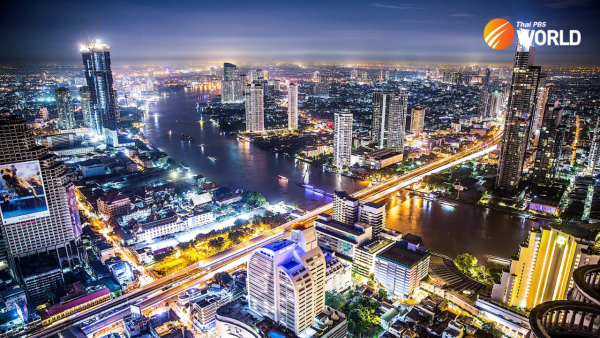 Most expats in Bangkok are barred from voting in the May 22 gubernatorial election, but the outcome affects their daily lives just as much as that of other residents.

The quality of life in this city of approximately 10 million people depends on how effectively the Governor and the Bangkok Metropolitan Administration (BMA) deal with Big Mango’s major challenges, including traffic congestion, disposal waste, pollution and flooding.

Certainly, the Governor of Bangkok and the BMA alone do not have insufficient authority and funds for major infrastructure projects – so they must cooperate with the central government and relevant state agencies.

Thai PBS World interviews long-time expats in Bangkok about their views on the candidates and their political platforms, as well as what the next governor should do to make the Thai capital a better home for its residents.

Mark Clark, a 51-year-old British office worker in Bangkok, said he is interested in plans to improve public infrastructure – like transport and green spaces – that will make the city a better place for everyone to live. the world.

Although he is not eligible to vote, Clark regularly follows news of upcoming elections and has checked the policies of major candidates to see how they might affect him as a resident of Bangkok.

“The policies that interest me are those that will make my life in the city easier, such as plans to link transport systems like the BTS and buses, plans for more green spaces and solutions to seasonal pollution by PM2.5 also like flooding,” he said.

The expat says he likes the policy, proposed by several gubernatorial candidates, of giving tax breaks to landowners in Bangkok who turn their vacant land into mini-parks.

“I particularly like Chadchart Sittipunt’s idea of ​​drawing inspiration from Paris and ensuring that everyone has a green space within a 15-minute walk. I also like his vow to punish construction companies that add to PM2.5 pollution by stripping them of their permits,” he said.

Additionally, Rosana Tositrakul has a good track record in fighting corruption and vested interests, which are big issues affecting the direction of the city’s development, Clark added.

For him, the new governor must work for the public interest rather than for big business. He or she has huge problems to solve: air pollution, quality of life issues such as green spaces, transport and traffic congestion, and inequalities in education and other basic services.

“To deal with it successfully, the winning candidate must be a true servant of the public, not a partner of commercial interests,” he said.

Meanwhile, Italian marketer ‘Luke’ agrees that corruption is a chronic problem that needs to be tackled. That’s why he’s drawn to the politics of Move Forward party candidate Wiroj Lakkhanaadisorn, which focuses on tackling corruption, bribery and inequality.

“It is clear that corruption is holding back the economy of this country and seriously damaging the image and lives of most citizens,” said the 40-year-old, who has lived in Bangkok for more than five years. .

“It’s also amazing how different treatments are reserved for different categories of people under the eye of the law,” he added.

Winners and losers of the campaign to become governor of Bangkok

The 33-year-old said that as a foreigner, he didn’t care who the next governor of Bangkok would be.

“However, I think it is important for him/her to ensure that Thais and foreigners are treated equally. Actions and decisions [of the incoming governor] should benefit the entire population of Bangkok.

Sanchez, who has lived in Bangkok for four years, said he expects the next governor to bring positive changes to the city.

Many expats in Thailand complain about the practice of double pricing, seeing it as unfair treatment of foreign residents.

Priority to environment and safety

Taiwanese investor Stanley Kang, chairman of the Joint Foreign Chambers of Commerce in Thailand (JFCCT), wants the next city leader to ensure Bangkok has a decent environment and a safe place to live.

“The new governor should take care of traffic congestion and get rid of PM2.5 dust,” he said.

Having lived in Thailand for 42 years, Kang is unusual among expats in that he has Thai citizenship and the right to vote.

Kang, 55, said it was very good for Thailand to hold local elections after almost a decade without a vote. “Whoever wins the election to become Bangkok’s new governor should make the city more international,” he added.

There is no official record of the precise number of expats who live in Bangkok – or in Thailand.

However, the city has become a popular destination for foreigners looking for a home away from home.

Last year, Bangkok was ranked 11th out of 57 cities around the world in a survey by expat forum InterNations, which has 4 million members in 420 cities. The 2021 Expat Cities Ranking was based on the opinions of 12,420 expats living in these 57 cities.

According to the survey, expats living in Thailand were impressed with the low cost of living, affordable accommodations and friendly locals.

But concerns about the quality of urban life and the lack of career opportunities were cited as adverse factors. Some respondents complained about pollution and environmental damage caused by plastic waste.

Meanwhile, last August, digital nomads ranked Bangkok as the world’s number one city for a “job”, combining work and vacation, in a survey by German rental search engine Holidu.

“The cost of living is one of the most affordable in the world. A decent meal costs next to nothing,” Holidu said of the Thai capital.

“Do your best despite the limitations”

A 60-year-old French businessman who has lived in Bangkok for more than 30 years pointed to the limited power of Bangkok’s governor.

“The governor has an important role in managing issues that matter to the daily lives of all Bangkokians, such as waste management, cleanliness and the general appearance of the city, or crisis management during times of flooding. But it seems that in many areas the governor may not have that much power, because in fact other agencies are key,” he said.

“Whoever wins, the next governor of Bangkok will need to understand the limits of the powers of the position while doing his best in areas where he can really make a difference.”

Garbage collection is also a problem

Nepalese expat Assajita Awale, owner of the ten-year-old Himalaya restaurant in Bangkok’s Pratunam district, said much of his restaurant’s rubbish went uncollected after garbage trucks swept away. started arriving every couple of days instead of daily a few years ago.

As a result, his restaurant found itself with the burden of hauling uncollected waste to the landfill itself.

“I often fight with officials in the Ratchathewi district [about the matter]. I pay the fees 3,000-4,000 baht per year, plus an additional reward for garbage collectors. Why do I also have to do it myself? complains the 52-year-old restaurateur, who has lived in Bangkok for almost 40 years.

Old Thai charm should be preserved

Another important aspect for Awale is the need to retain Bangkok’s special charm or “Thainess”, embodied in things like traditional fresh produce markets and street food.

“The development and order of the city is necessary. But you also have to preserve the uniqueness of Thailand to attract foreign tourists,” he said. “More needs to be done for Bangkok to attract tourists.”

Two years ago, the BMA unveiled a plan to ban vendors from city streets, in a bid to improve safety and cleanliness. The move sparked an outcry from locals and tourists alike, as the ban was seen as a death sentence for Bangkok’s world-famous street food culture.