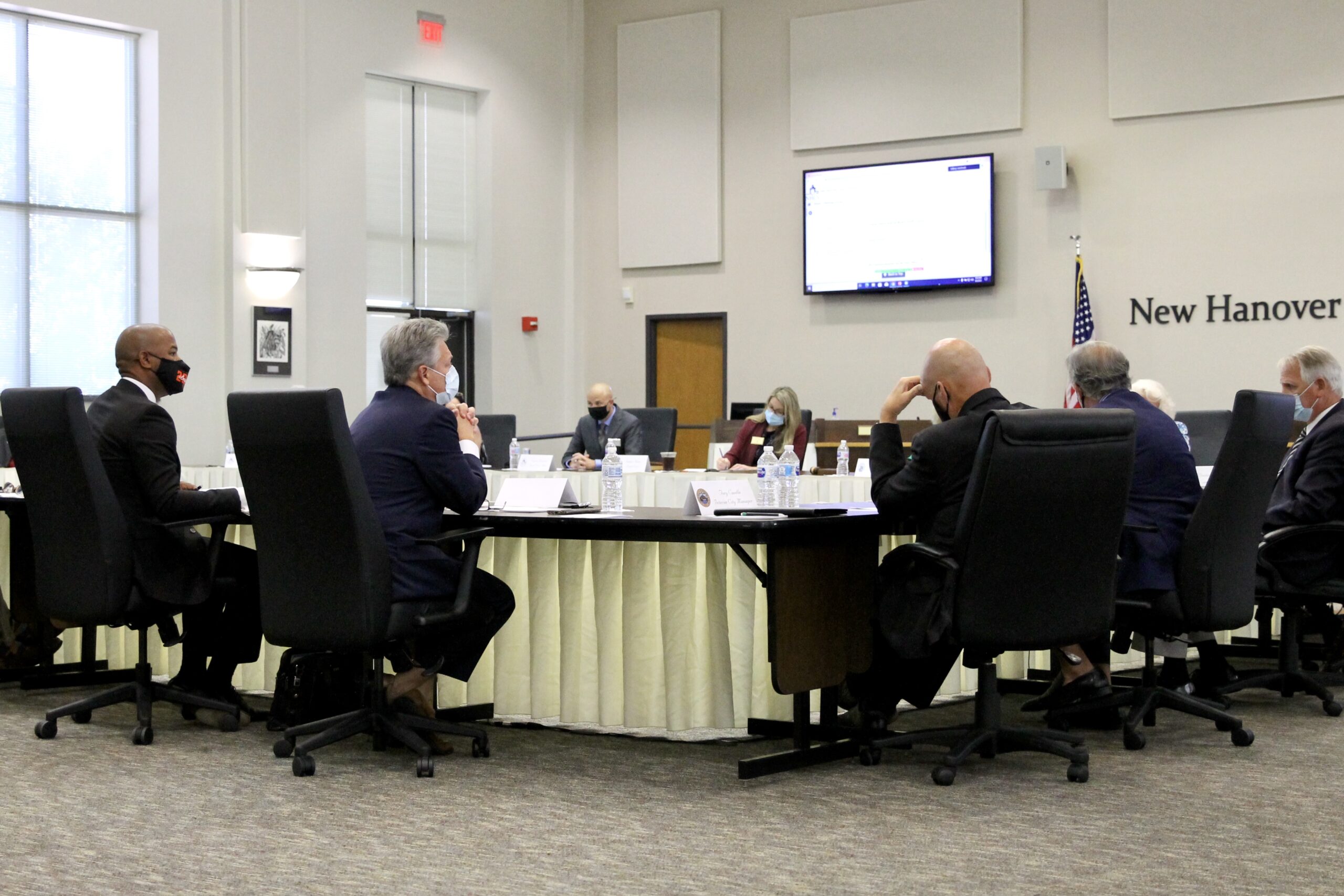 NEW HANOVER COUNTY – The Council of Commissioners and the New Hanover County Board of Education have called a joint meeting to be held after the Thanksgiving recess to continue the discussion on safe schools initiatives, which has begun early September after the New Hanover High shooting.

On Tuesday, November 30 at 2 p.m., the two bodies will meet in the meeting room of the historic New Hanover County Courthouse, located at 24 N. Third St.

A county spokesperson said a program was not yet finalized, but would include an update on “investments and priorities in school safety and community violence.”

The last time the trustees and school board members met in person was on September 3rd. During the meeting, without a clear timetable or budget, the commissioners voted unanimously to identify the issues that contributed to the shooting and start funding solutions.

Since then, county staff have been working on an elaborate, multi-million dollar plan to tackle community violence and improve school safety, without any open discussions with the school board. The county director met privately with teachers, school staff and central office officials, among others, to develop spending strategies. An approximate $ 89 million framework, shared with commissioners in October, included $ 43 million for campus landscaping improvements.

Before the September meeting, the last time the two councils met was in March. It was the first time in years that the two bodies had gathered at the same table.

Superintendent Charles Foust, who joined the district in September 2020, gave a presentation on his goals for the school system. The Assistant Superintendent of Operations outlined the facility requirements, with a proposal for a new elementary school in Riverlights, a replacement building for Pine Valley Elementary School and renovations at Mary C. Williams Elementary School.

The March meeting was called around the same time as the debates over reopening schools, with commissioners openly advocating for ‘Plan A’, allowing students to return to school in person five days a week.

This most recent special meeting announcement came just days after the school board voted to extend his mask term, with verbal agreement among members to lift it in January. However, the county spokesperson said a discussion of masks was not on the agenda at this time.

Commissioners Chairman Julia Olson-Boseman, who also sits on the Board of Health, led the charge to immediately drop the county-wide mandate at the Board of Health and Human Services meeting on the 12th. November. A few days later, school board president Stefanie Adams came in as a supporter of extending tenure in schools. Her comments, which she kept until the end of the school board meeting, completed a lengthy debate and led to the motion to maintain the current policy.

Before the school board vote, the trustees seemed to have believed they had obtained a majority among the school board members to cancel the mandate. In an email, President Olson-Boseman told a voter that she “was working on it” and believed he had “4 to raise”.

The next vote on the school system mask mandate will take place on December 7 at the regular board meeting. A majority of school board members seemed in favor of maintaining the mandate until after the winter vacation; by state law, they are required to review their masking policy at least once a month.

The public can attend next week’s joint meeting in person or watch from home live, available on NHCTV on Spectrum Cable channel 13, NHCTV.com, and Youtube.