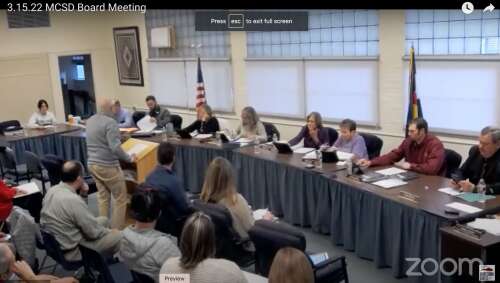 Executive Director of University Student Services Jim Parr advises the Montezuma-Cortez RE-1 School Board March 15 that residents and teachers have reached consensus on a new elementary reading curriculum. 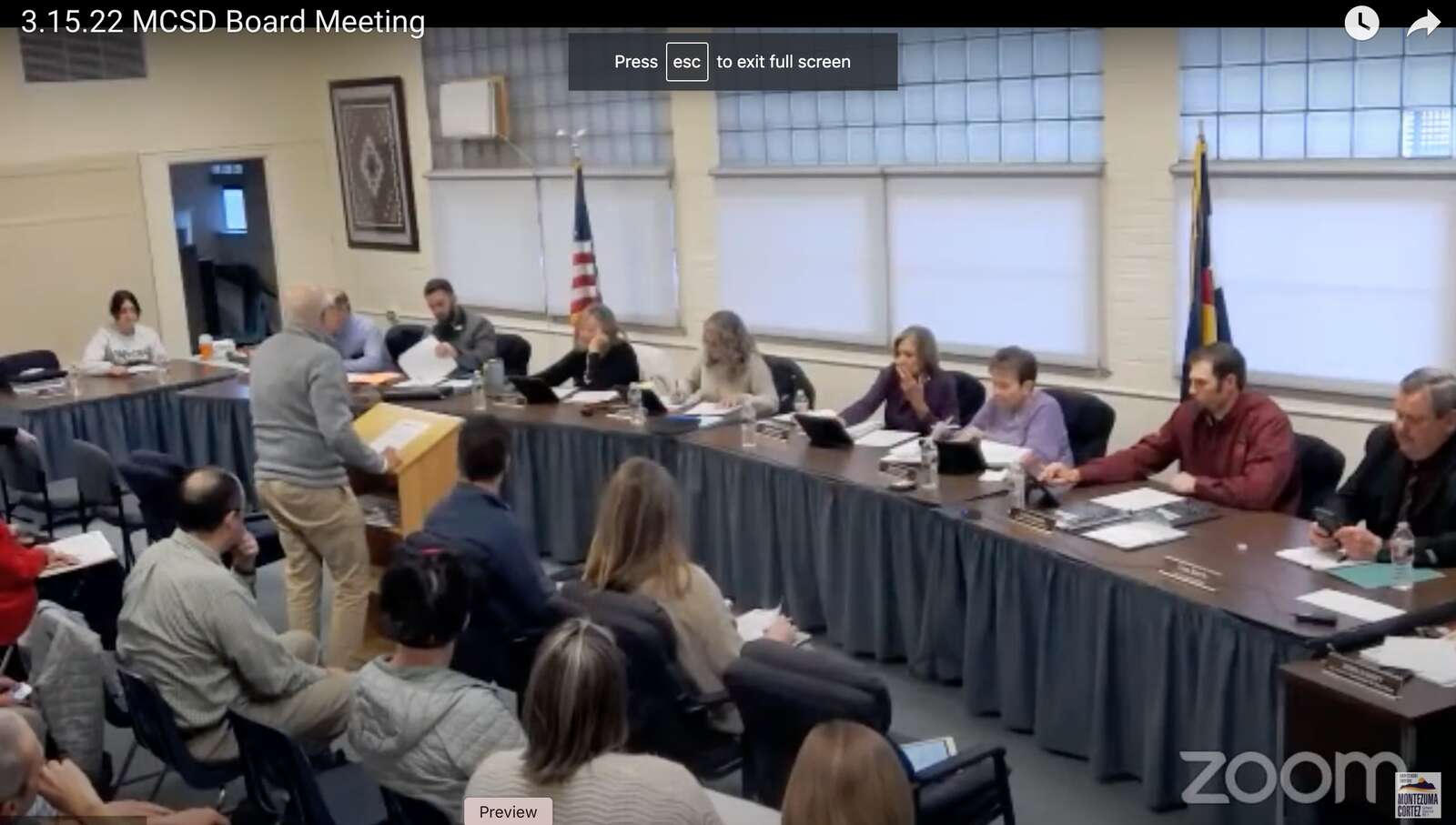 Teachers and the community choose from four programs; CFO concerned about cost

The Montezuma-Cortez School District RE-1 will replace its elementary reading program at considerable cost, months after the school board raised questions about its effectiveness and determined that elements of critical race theory were integrated into its lessons.

The school board has delayed discussing replacing its current curriculum for grades six through eight because of the time needed to consider other programs.

Kyle Archibeque, executive director of finance for the district, cautioned the board about the financial implications of the program change.

The new program, Benchmark Education’s Benchmark Workshop, has been approved for use for three years at a cost of $257,972. Only board director Jeanette Hart voted against, preferring another from McGraw Hill.

Benchmark Workshop was one of four options considered by two committees, one made up of teachers and the other a “very strong representation of a lot of people” in the community, said Jim Parr, executive director services to university students, in a school board. see you on March 15.

Members of the RE-1 Board of Education have argued that the current Wit and Wisdom curriculum contains critical race theory, a topic debated in Cortez and across the United States. The district passed a resolution against critical race theory in September.

In Cortez, opinions on the program ranged from vehement opposition to consistent support. Some said the lessons were socially confrontational or inappropriate. Others said critical race theory was not taught in RE-1 elementary schools, and others said the introduction of a new curriculum would strain teachers.

Discussions also questioned Wit and Wisdom’s ability to meet learning standards, as it is a complementary program.

The committees reached consensus after about a month of deliberation, Parr said.

The committees rated the programs on a scale of 1 to 5, then discussed the top two.

Potential programs are listed on the Colorado Department of Education curriculum. list of approved basic programs in accordance with the READ law.

“I think when people have a common goal of providing great material for students, they come together,” Parr said during the meeting.

Discussion of replacing the reading program for grades six to eight – still in its first year of use – has been delayed by the board.

This process and the time it takes to brief teachers on new teaching materials takes months, Parr said.

Board director Layne Frazier said teachers needed to do additional research to complement current lessons, and a change would save them time in the long run and benefit student learning.

Archibeque said the board should evaluate the program on a cycle, noting that switching programs from year to year is not “financially responsible.”

“I know we talk about this like it’s an easy thing, but it’s big money,” Archibeque said during the meeting.

Currently, the district is reviewing the program on a five-year cycle, Parr said at the meeting.

However, evaluating new programs is “worth it” because “our goal is ultimately to provide the best things for our children,” Parr said.

Parr emphasized that community participation and transparency were built into the program selection process. The district also hosted a community curriculum review event on February 10.