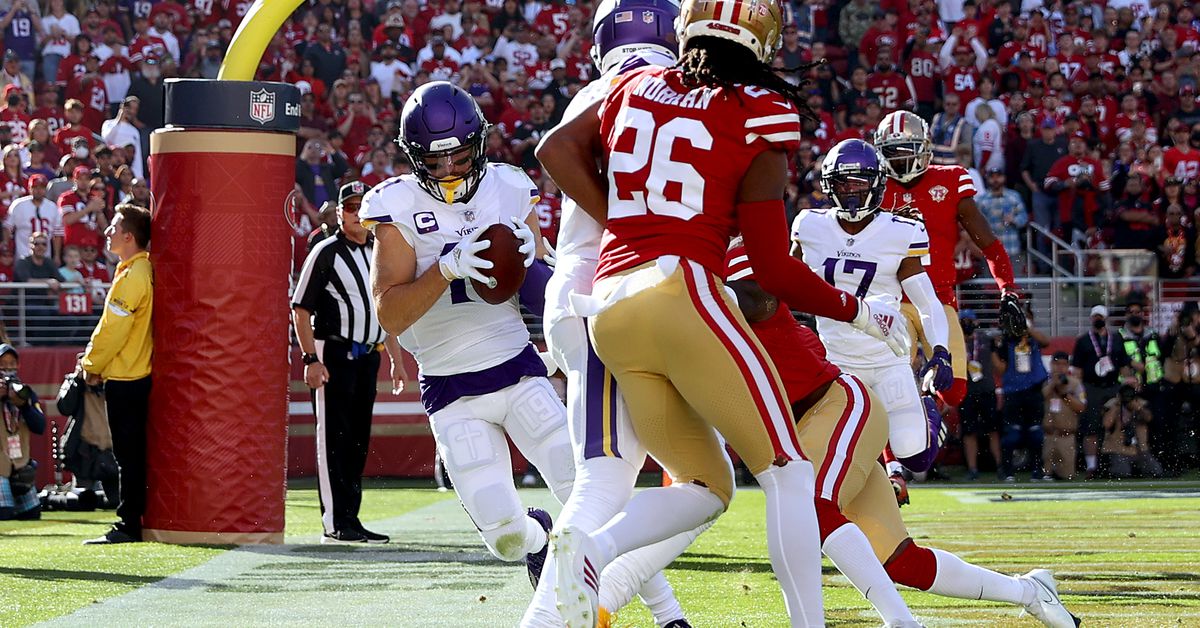 The first quarter of it took place at Levi’s Stadium in Santa Clara, with the Minnesota Vikings and San Francisco 49ers tied at 7-7.

The 49ers won the toss and carried over to the second half, giving Minnesota offensive football the first. The Vikings offense was quick to hit three goals and Jordan Berry’s punt put the home team on their own 29-yard line to get things going. The Niners had a first try and moved the ball into Minnesota territory, but the drive ended when Jimmy Garoppolo’s pass was intercepted by Harrison Smith, his first pick of the year.

The Vikings pushed the ball to the San Francisco 2-yard line and came up against a fourth and a goal. After the Niners took a time out, the Vikings climbed the board on a superb throw from Kirk Cousins ​​to Adam Thielen for a touchdown! Greg Joseph connected on the extra point, and the Vikings ended up 7-0 ahead.

The Niners didn’t waste much time responding on their next possession, as Garoppolo found Brandon Aiyuk for a huge win over the 3rd and 13th. A few plays later, Deebo Samuel took a transfer from Garoppolo and streaked down the right side for a 20-yard touchdown. Robbie Gould’s extra point was good, and just like that, things were tied at 7-7.

The Vikings then went to three and out on the next possession, giving the Niners the ball back about 30 yards from their own line. San Francisco brought him back close to midfield, but a bag from DJ Wonnum on Garoppolo ended training.

As we move into the second quarter, the Vikings envision the 2nd and 6th from their own 24-yard line.

We finished the first quarter at Levi’s Stadium, with the Minnesota Vikings and San Francisco 49ers tied 7-7. Come in and join us for the second quarter game!