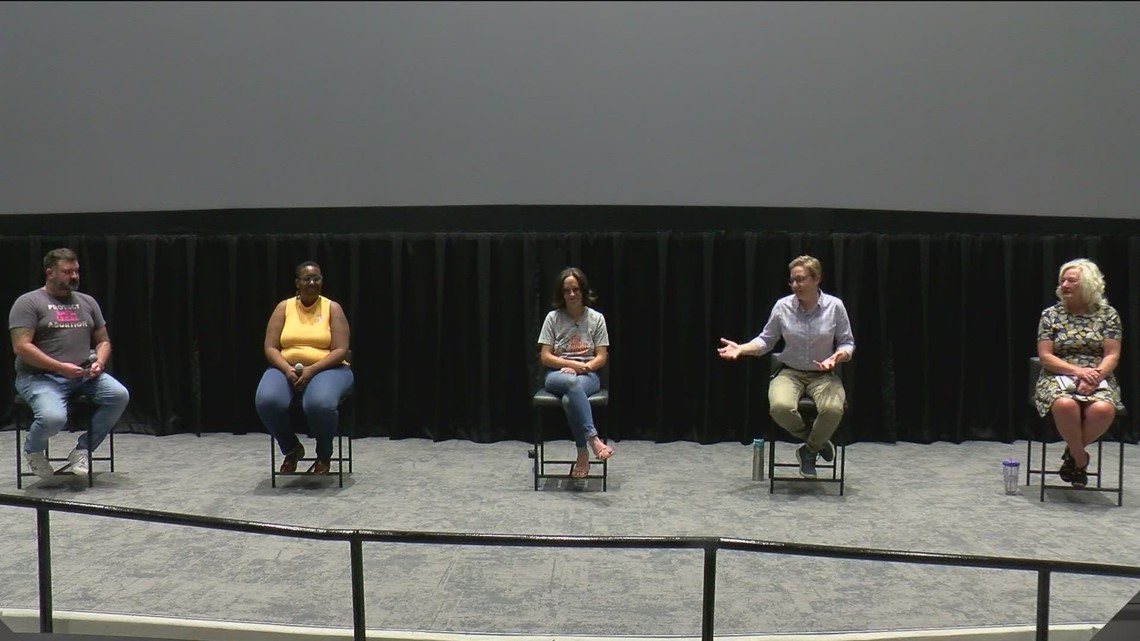 Monthly panel discussions on real-world issues began with “Organizing in a Post-Roe America.”

Komives sat down with four panelists from the Key Bank Discovery Theater at the Imagination Station on Tuesday to hear from local and state elected officials to learn more about an ongoing issue.

“I hope people walk away from this experience understanding a little more of the nuance associated with this issue,” Komives said, “and learn a few tools that they can take home and make changes, if that’s what they want.”

“I hope the result is that people walk away with information that they didn’t walk through the door with,” Sobecki said. “Then they can figure out how they can use their voice with the tools they have now to be able to be heard.”

The main outcome of the discussion is action and voting.

Panelists insisted on calling local and state leaders and candidates on ballots for the upcoming elections, and asking them what their positions are and how they voted. The idea is that people are better informed as voters about the position of their representatives.

Sobecki said once you get an answer on a representative’s position, don’t just take their word for it.

Go back and watch the video session opportunities of the general assembly and the times they have been in committee and see how the work goes before making a decision in a ballot box.

“The fact that our leaders don’t want to give people the opportunity to make a decision that’s best for their own bodies is pretty scary,” Komives said.

“We are the power,” Barnes said. “Our votes matter. Our votes matter, and it’s another way to make sure the leaders understand they didn’t represent us when they overturned Roe v. Wade.”

Future focus groups will address other issues such as the environment, gun control, affordable housing, labor rights and more.

The location is TBD and will be shared on the Lucas County Young Democrats Facebook Page closer to the event.