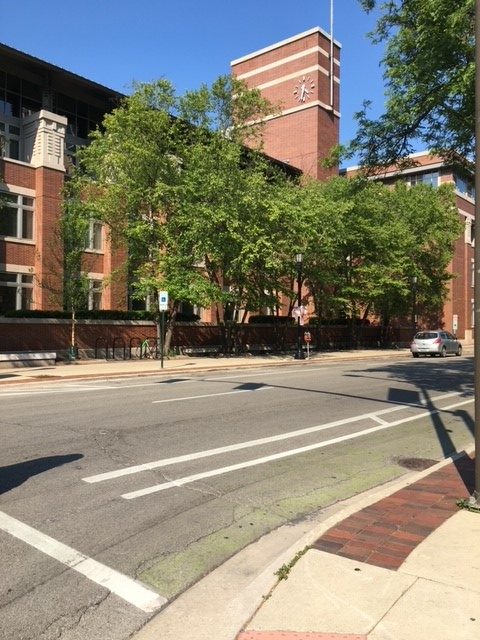 In the coming months, Evanston Public Library trustees have a number of significant projects to consider, including a $345,000 digitization of the library’s historic newspaper collection, a $493,850 replacement of ventilators of the main library, a location for a proposed 10,000 square foot west side library. , as well as the opportunity to call on a consultant for a feasibility study of a new bookmobile.

At their April 20 meeting, the directors had begun a discussion about the book and mobile technology project, when director Shawn Iles raised a concern, sending the conversation in another direction.

“There are some very expensive items, all of which are fantastic,” he said as he scrolled down the list.

Administrator Benjamin Schapiro said he shared some of Iles’ concerns “and one thing I would like to add is the impact inflation is going to have on some of our standard purchases.”

The ventilation fan upgrade, at least, he said, is covered by the library’s capital improvement project program.

The main library has two large fans that circulate air throughout the building. One of them is not operational. If the other were to go, officials would likely have to close the main library, Schapiro said, because they wouldn’t be able to keep air quality where it should be.

He said the replacement is funded through the library’s debt financing program, “and does not come directly from the budget. … We’ve spread that over 30 years, and as part of the debt is paid off, we then use that bonding authority to undertake new work. We are therefore not increasing our bond debt every year.

“So the budget affected is not that important; and where there is one, it’s spread over several years,” he concludes.

He said he agreed, however, that he had concerns about some other areas.

Having kept the budget flat for the past few years, he said: ‘We are in a place where we have to catch up with the increased contractual obligations we have to staff that we didn’t fund last year, or this year, and we will have to do it next year.

“And we’re going to have to allocate for inflation,” he said. “So now is a good time for people to start asking, ‘How can we not stand still?’ – because standing still is actually going backwards in any economy – but, “How then can we move forward?”

Board chair Tracy Fulce acknowledged that it’s “a little concerning to me that these wonderful projects are getting our attention all at once.”

She highlighted the need for more strategic planning.

“Just like our neighbors do with their own household budgets, we might be able to make these things work,” she said, “but kind of make the decisions based on the value of what those things would be. for the community, but also their cost, I think it’s an important decision that we have to make.

In that vein, administrator Adam Goodman turned to staff members for further analysis of the projects, “so that we can understand both the capital implications, as well as the ongoing operating requirements”, did he declare.

“You may know it’s a high, mid, and low estimate,” said Goodman, who works as director of Northwestern University’s Center for Leadership, “but at least we have a way to contextualize this from unified way.”

The library’s executive director, Karen Danczak Lyons, told trustees that when projects can come to them for decision depends in part on a “maturation issue”.

“There just isn’t enough room in the footprint to accommodate a 10,000 square foot Evanston Public Library,” she told administrators. The Family Focus building, 2010 Dewey Ave., is still very active, she said, and the agency’s executive director is due to report to the library board at an upcoming meeting.

“So the [are] a lot of moving parts,” Danczak Lyons said of the various projects, “but in my mind, the beginning of this movement, the next stage of development, will only happen under the direction of the board.

Iles asked Danczak Lyons to get a sense of the popularity of the library branch and the bookmobile conversations the library had with community members over the past year.

“When we look at participation in the 11 community listening sessions and sharing, the 5th Ward had by far the highest level of representation,” she said.

As for the bookmobile and the tech-mobile, “the desire to have a bookmobile was constant,” she said.

Iles emphasized that he was not trying to tie the two projects together.

With that in mind, trustees delayed action on a bookmobile decision, voting unanimously to push discussion of the issue until next month.

When they come together for this meeting, directors will have an additional challenge. Just two days after the meeting, Lyons announced she would retire in June, after nearly a decade in the role.