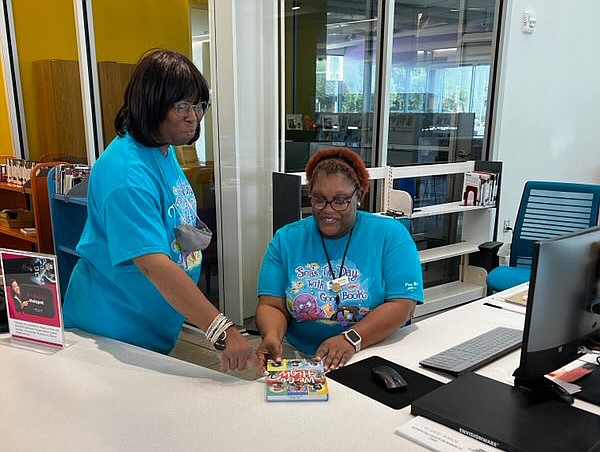 At the June 16 meeting of the Pine Bluff Jefferson County Library Board of Trustees, Director Ricky Williams effectively lifted the mask mandate inside the library system for at least the next 90 days.

The mask mandate will be voluntary in each particular branch, but Williams warned that if covid-19 cases continue to rise the rule could be reinstated.

The 40-minute meeting opened with the unanimous adoption of the board’s agenda as well as the approval of the minutes of the last meeting scheduled for April 12, as the board did not meet in may.

A key topic of the meeting was the discussion of how to deal with the cost of repairing damage caused by an unknown vandal who smashed a window in the main building, causing damage of $3,195.

Concluding his manager’s report, Williams recalled the night of May 6, when an employee noticed a crack in one of the windows, and Williams suspected foul play. After reviewing security camera footage, an unidentified individual was seen throwing rocks around 5:15 a.m. that morning.

Although his face was filmed, the suspect has not yet been captured.

When the panel discussed the financial report, Williams noted that the recent increase in overdue notices sent to patrons has generated increased revenue for the library. There are different steps to reach out to customers with overdue documents – including texting and sending notices to each defaulting customer – although the price of stamps was discussed as a downside to using of the US Postal Service.

New employees were recognized during the presentation of the Director’s report – Crystal Owens and Allen Richardson – who have already started serving in different capacities in their new roles.

Williams complimented Owens’ work ethic and willingness to accept the demands his role in planning entails, as well as Richardson’s work to adapt to the changes the library is trying to accomplish.

The next topic of discussion was the inability to operate the elevators inside the main branch. For this reason, a few computers have been installed on the ground floor to allow elderly and disabled residents to access equipment rather than trying to climb the stairs.

Williams then briefed the panel on the pros and cons of using apps in the library system and how they work and scale in their early days. He announced that the number of summer readings had increased, with the White Hall branch leading the way with more than 60 children in its program.

Several panel members said they were pleased with a recent visit from Saline County administrators, who have since adapted a few ideas presented by Williams and his team.

The next board meeting will take place on July 12.