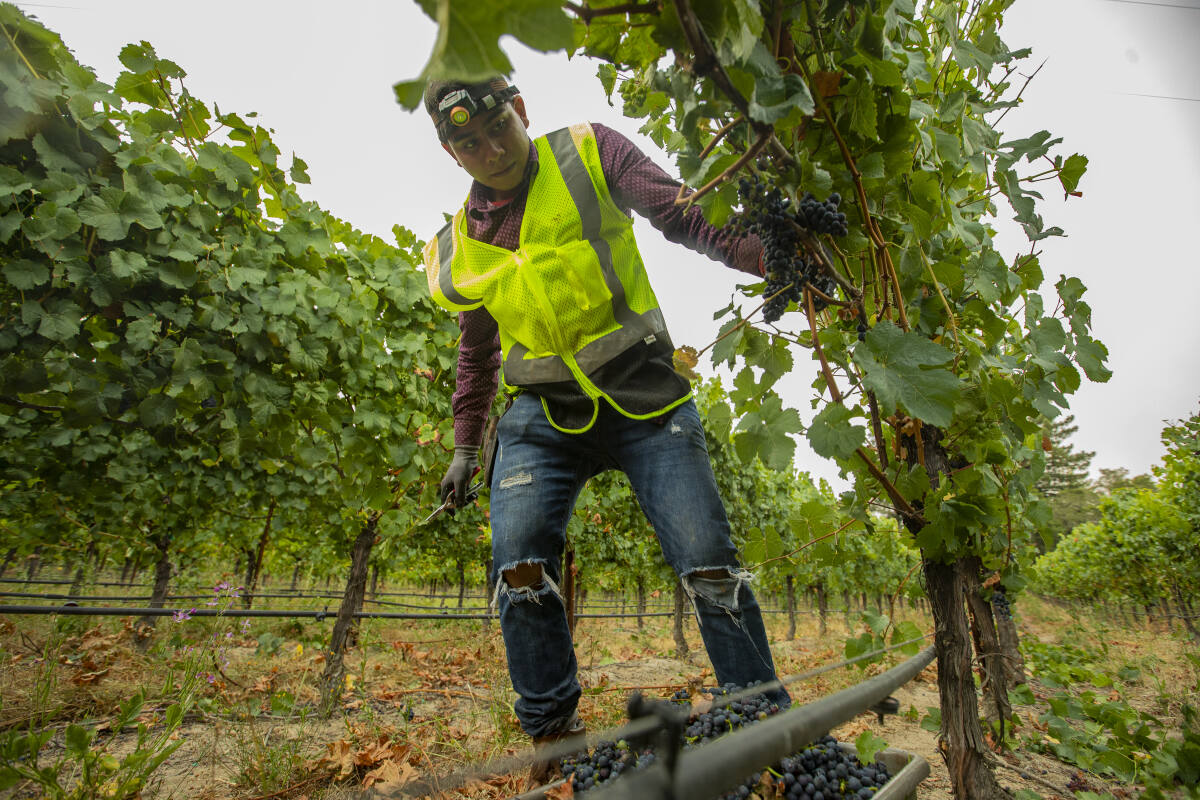 Sonoma County’s Latino leadership group, Los Cien, will return to the topic of farm worker safety during a roundtable on Friday, a conversation that follows a year of growing concern surrounding the issue.

The panel, which is scheduled for 12:30 p.m. at Epicenter in Santa Rosa, will take place as California dives deeper into wildfire season, which has so far included massive blazes in Siskiyou County’s Klamath River and in and around Yosemite National Park.

Titled “Behind the Lines Part 2 – Moving Toward Farmworker Safety,” the discussion will explore the negative impacts of intensifying climate change on Sonoma County farmworkers, and how government institutions and policies can adapt to meet these challenges, program committee member Los Cien Kerry said Fugett.

Anayeli Guzman, a farm worker aligned with North Bay Jobs with Justice, a nonprofit that has advocated for more protections for farm workers in emergencies, will also sit on the panel.

Sonoma County Supervisor Chris Coursey was scheduled to be on Friday’s panel but was unable to because of a scheduling conflict, he said.

Fugett said the Los Cien program committee chose to return to the topic of farm worker safety, following an initial panel in September, in part because of interest from local advocacy groups and county chiefs for the question.

“We frame (Friday’s panel) at the highest level: ‘What has been done in the last year, what progress has been made since the last time we had this conversation and what are the immediate needs of workers agriculture,” Fugett said.

The panel will take place about two weeks before county staff present to the Sonoma County Board of Supervisors a comprehensive plan to allow farmers and their employees access to their land and crops during mandatory evacuations.

North Bay Jobs with Justice, joined by local farmworkers, has called on county leaders to make certain worker protections such as hazard pay and access to safety information in workers’ native languages ​​a condition for workers. farmers who are given special access to their properties during mandatory evacuations.

Instead, they requested that the issue of evacuation access be overseen by the Sonoma County Sheriff’s Office. The agency would determine who should be allowed access to the property based on risk.

After a county council public meeting on the issue of evacuation access last month, supervisors asked county staff to present a draft policy Aug. 30 that could provide key details on who should be allowed to enter the evacuation zones and how.

Coursey said the presentation should always take place at the specified time.

“What that looks like, I don’t know,” Coursey said, referring to the draft policy that staff will present. “We had a fairly broad discussion about it. I think I was pretty clear on what I thought it should be, but I don’t know if we as a band gave a clear direction.

Los Cien’s first panel on the topic of farmworker safety last year included a presentation from representatives from Cal/OSHA, the state’s workplace safety agency, and North Bay Jobs with Justice.

At that time, North Bay Jobs with Justice had recently launched a campaign to ensure farmworker safety and wage protection through voluntary agreements with local winery and winery owners.

The effort failed to take off, prompting the group to ask county leaders to step in instead.