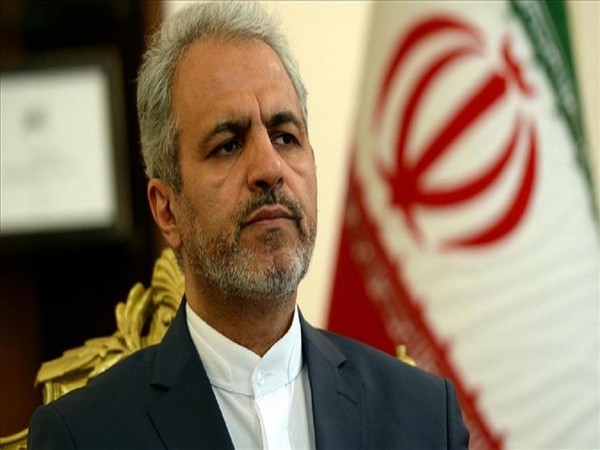 Kabul [Afghanistan]Aug 15 (ANI): As tensions rise between Iran and Afghanistan over the border dispute, the Iranian Embassy in Kabul announced that a delegation, led by Deputy Foreign Minister, arrived in the country to discuss border issues with the Taliban. officials.
During the announcement, the Iranian embassy called Alireza Bigdeli, deputy consular officer for foreign affairs and expatriates at the Ministry of Foreign Affairs, as the chairman of the delegation, Khaama Press reported.
According to the embassy, ​​the purpose of Iranian official Bigdeli’s visit to Kabul is consular cooperation, encompassing securing common borders and legalizing travel by Afghan nationals to Iran.
The delegation is heading to Kabul as Hassan Kazemi Qomi, Iran’s special representative for Afghanistan, announced the formation of a joint Iranian-Afghan committee to prevent border clashes.
The visit of the Iranian official coincides with a border confrontation which took place on Sunday evening, at the end of July, between the Iranian army and the Taliban forces in the region of Hirmand in Iran, reported Khaama Press.
The confrontation took place in Darwish area of ​​Kang district of Nimruz province, which borders Iran, according to Khaama Press citing Taliban border commander Mohammad Ebrahim Hewad.

During this confrontation, a Taliban soldier was killed and another injured. Both sides accused the other of opening fire first in Sunday’s shootout.
Meysam Barazandeh, governor of Iran’s Hirmand County, quoted by Iranian media, said: “There was a clash between Islamic Republic of Iran border guards and Taliban forces.”
Afghan and Iranian border forces have clashed several times in Nimroz and Herat provinces since the Islamic emirate seized power in Afghanistan last year.
In April, an Afghan delegation led by the Taliban’s acting minister for refugees and repatriations said it was likely to travel to Tehran, the Iranian capital, to discuss refugee issues and border tensions.
“We try to go to Iran to talk about all the problems Afghans are facing there; we hope we can talk and resolve the issues,” Khalilurahman Haqqani, acting minister for refugees and repatriations, said, according to TOLOnews.
However, at a time when the price of gasoline and gasoline has risen at an unprecedented rate in Afghanistan, the Taliban has signed an agreement with an Iranian company to buy 350,000 tons of oil, media said citing the Taliban’s Ministry of Finance.
In a statement, the ministry said that the Afghan delegation which was visiting Iran entered into a contract with an Iranian company to buy 350,000 tons of oil from Iran’s neighboring country. (ANI)