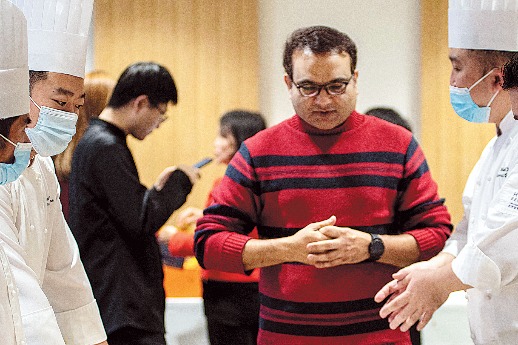 Beijing has stepped up efforts to promote the creation of international talent communities to attract more people with professional skills that can contribute to the capital’s development.

A trial guideline for the development of such communities in Beijing was published in 2020. The document was based on surveys of the eight communities, as well as a comparative study of urban construction experiences of nearly 30 developed countries and regions. .

According to the document, international talent refers to people who possess certain professional knowledge or skills, are familiar with international conventions and rules, are able to work creatively in a cross-cultural environment and contribute to socio-economic development.

These talents include foreigners, overseas returnees, and domestic workers with an international outlook and a desire to engage in global competition.

The development of international talent communities has been included in the latest version of the city’s master plan. It has become a core task for Beijing as it strives to strengthen its role as a hub for international exchanges and scientific and technological innovation.

Wangjing Street, a 380-meter-long pedestrian zone with stalls in Chaoyang District, opened in 2020 to provide more leisure space for expatriates.

In addition, a high-level foreign talent mansion was built in Shunyi District, and Easy Beijing, a mobile application that provides services for international talent, was launched.