Indian Rupee Stabilizes After Thursday Drop, Should You Delay Remittances? 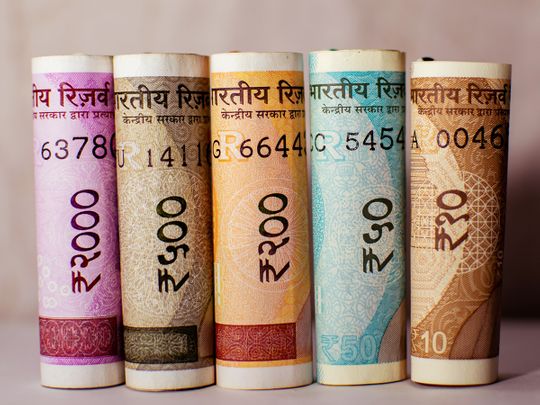 The weakness in the value of the rupee against the US dollar will automatically be reflected in its exchange rate with the UAE dirham, as the currency of the United Arab Emirates is pegged to the dollar.

The Indian rupee traded in a narrow band against the US currency on Friday amid a pause in the dollar’s decline. The currency opened at 79.67 and has been trading in a range below ten paise so far.

“It’s shaping up to be a very calm session. We’re more or less in the middle of the 79-80 band that the markets are expecting in the short term,” said a trader at a public bank. “The risks are higher for a move above 80 than for 79.”

The dollar index rose slightly on Friday after falling for four consecutive sessions. A renewed appetite for risk has sent the safe-haven dollar down from a multi-year high of 109.29 reached on July 14 to near 105 today.

The dollar, going forward, could get some support from recent comments from US Federal Reserve officials that appear to suggest that the central bank will continue its hawkish stance despite relief on the inflation front.

A slight rise in the dollar could take the rupiah back to its all-time low of 80.0650 hit on July 19, analysts say, implying near-term weakness against the UAE dirham. It would therefore be ideal to delay remittances.

The Indian rupee depreciated 12 paise at the close on Thursday after reversing early gains due to the sharp rise in oil prices. In the interbank FX market, the rupiah finished at 79.64, having opened strongly at 79.2225 from its previous close of 79.52.

Crude oil prices in the international market rose sharply and at the close of Indian market hours, it was at $98.39 per barrel, up 1.02%.

The rupiah rose in early trading after US inflation data for July fell below estimates, raising hopes the Federal Reserve may not be as aggressive in raising interest rates at its next meeting.