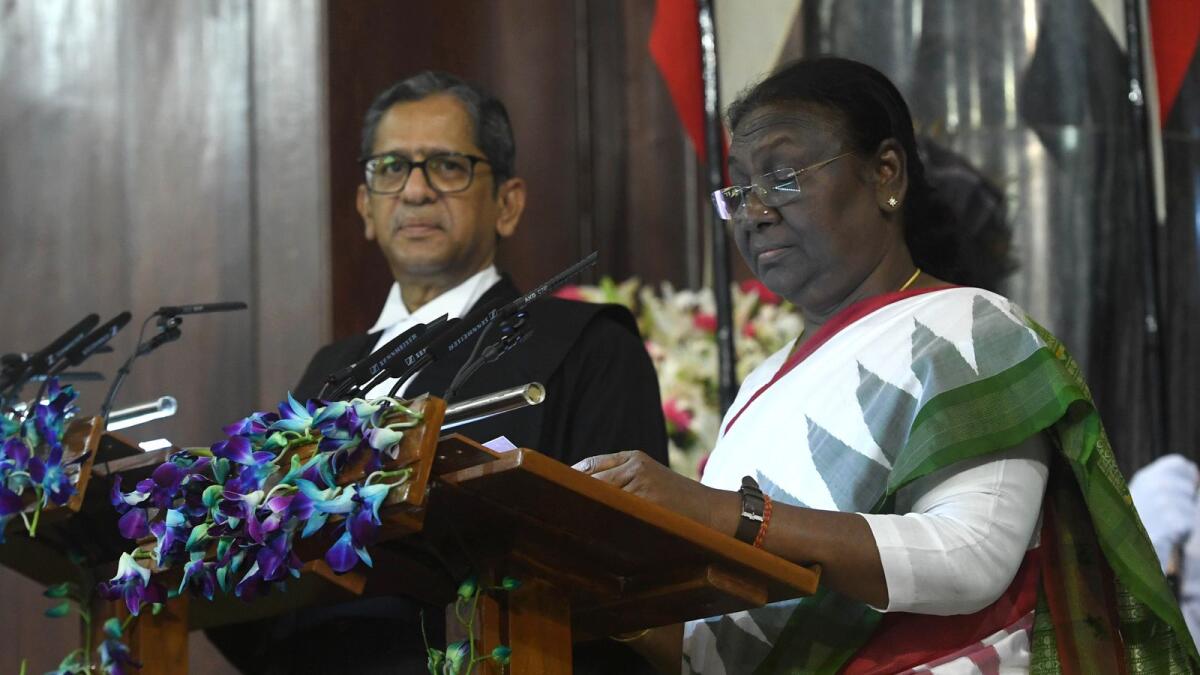 India’s President-elect Draupadi Murmu (right) is sworn in during her swearing-in ceremony in the central hall of New Delhi’s parliament. Photo: AFP

Indian People’s Forum (IPF) UAE members held a celebratory meeting and cut a cake at its Ajman office while another event was planned by the Abu Dhabi chapter in the capital on Tuesday.

On Monday morning, Murmu was sworn in as head of India’s highest constitutional post. She replaced Ram Nath Kovind, whose term ended on July 24. Murmu, the 64-year-old politician, is the first president born in independent India. She is also the youngest and only the second woman to hold the esteemed position. 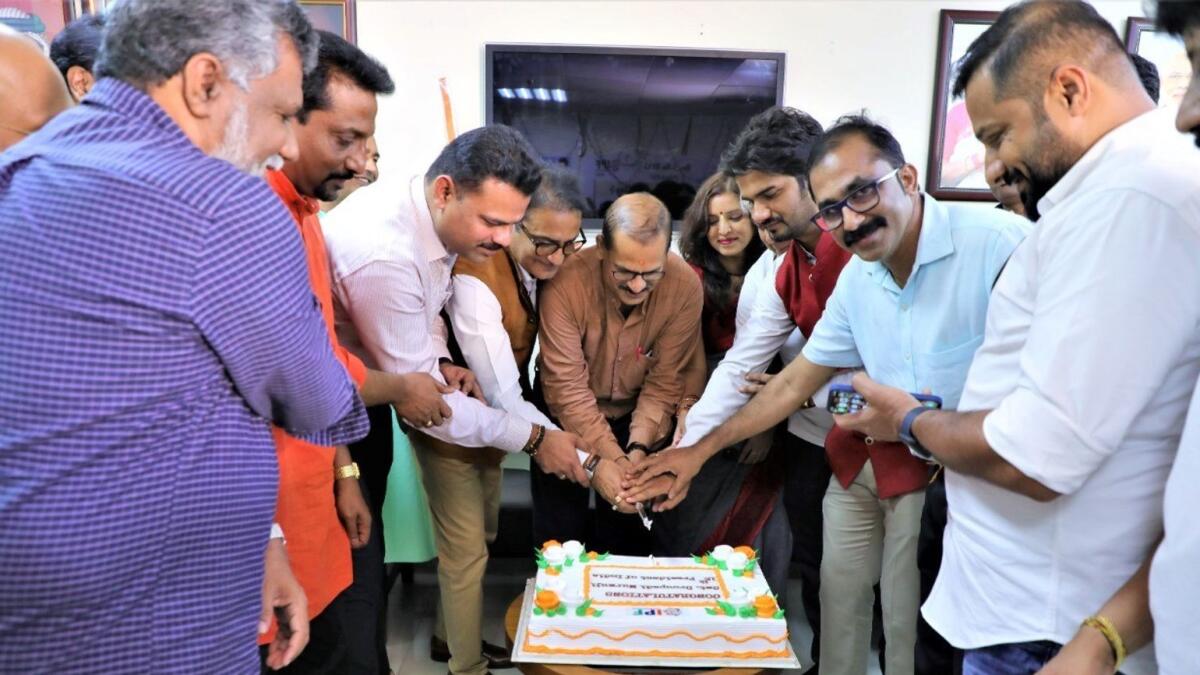 “It is a time of joy and celebration as an incredibly capable woman becomes President of India. To rise from humble background to reach the highest level is truly exceptional. On this occasion, IPF UAE congratulates every Indian Vaidya pointed out.

IPF UAE Vice President Rakesh Kumar said that during the meeting, all seven emirate bureau members discussed the beginnings and achievements of the new president and how she will be a beacon of light. hope for the poor and marginalized. 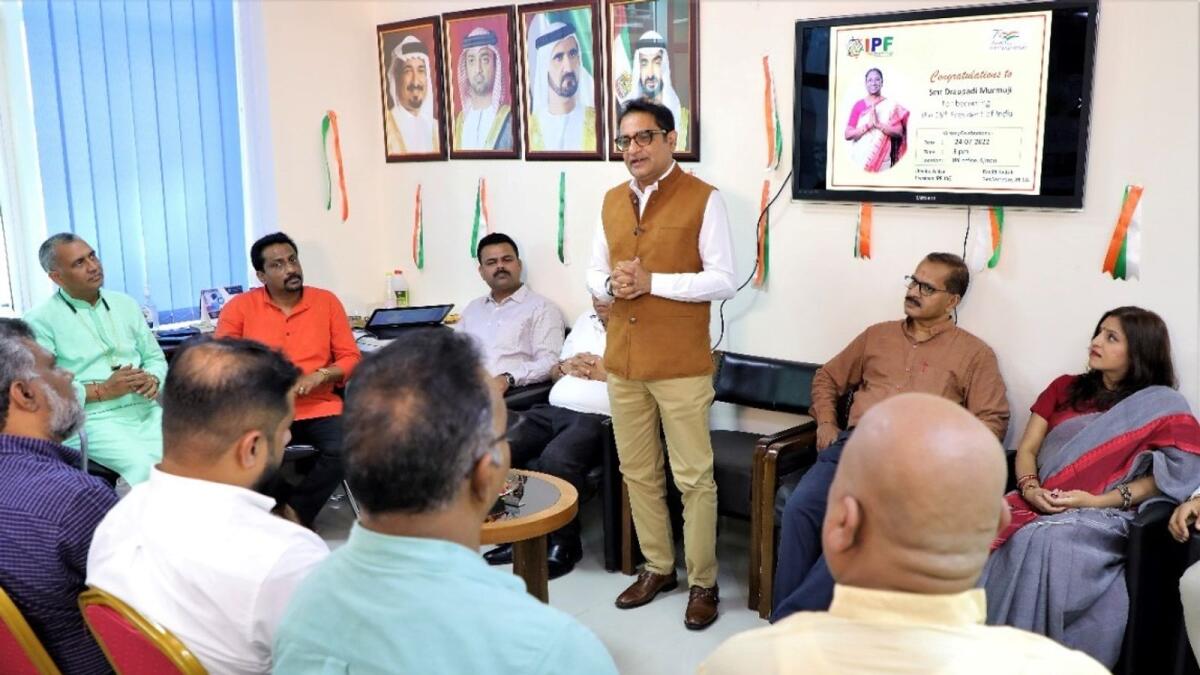 Ranjith Kodoth, General Secretary, IPF UAE, emphasized, “Today positions are no longer a right or an incentive, but are obtained by people through hard work.

Recently, IPF members were instrumental in successfully organizing the largest ever yoga event in Abu Dhabi. For her key role in the International Yoga Day event, Vaidya received a special mention in the speech delivered by Indian Ambassador to UAE Sunjay Sudhir.

“The association remains committed to the welfare and well-being of India’s expatriate community,” Vaidya added.