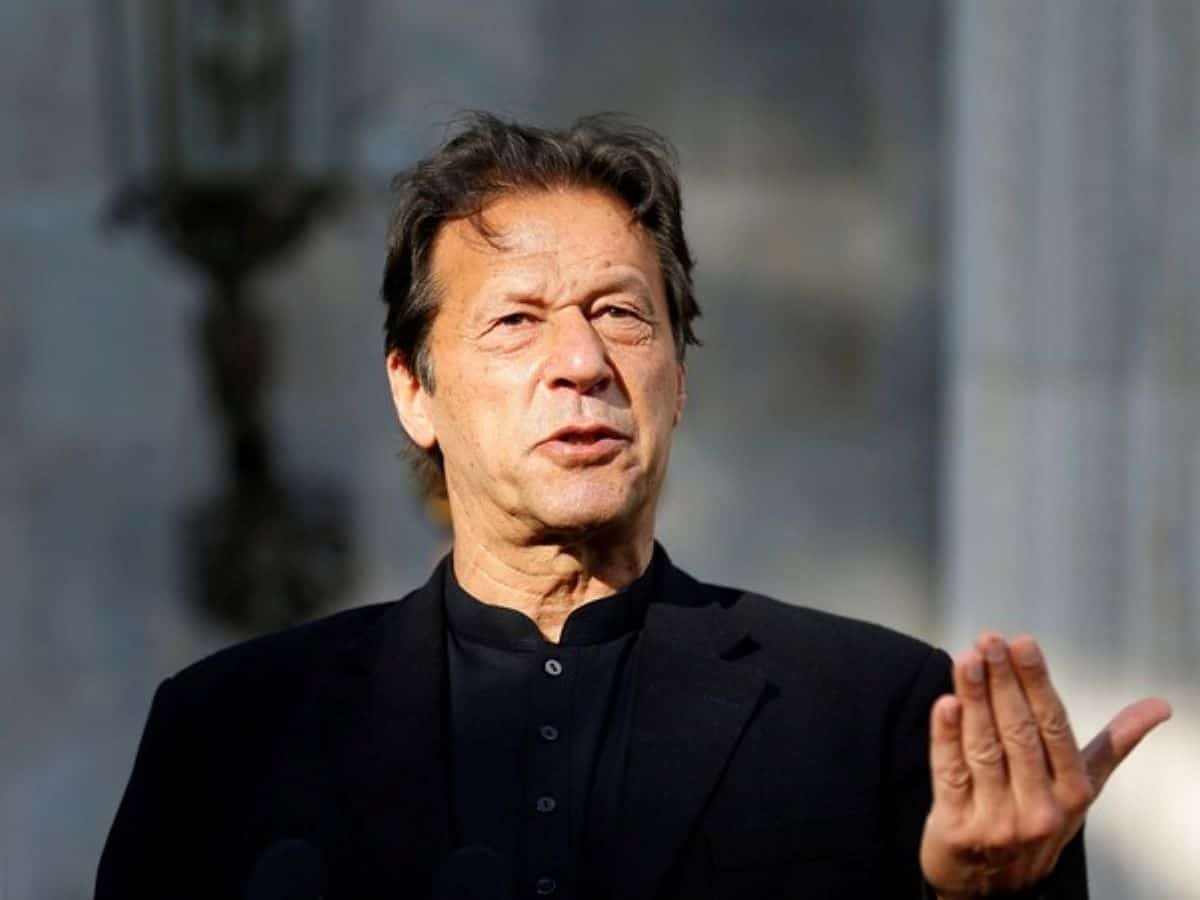 Khyber Pakhtunkhwa: Since being ousted as Prime Minister of Pakistan, Imran Khan has alleged an ‘international conspiracy’ for his expulsion, continuing his tirade he fired another allegation against the Shehbaz Sharif government.

Pakistan’s Tehreek-i-Insaf chairman Imran Khan told a rally that the leaders were a threat to the country’s security, alleging they had been ‘instructed to recognize Israel’ and compromise with India on the Kashmir issue, Dawn reported.

Claiming he would never accept the “imported government of slaves and looters,” Khan told a party workers’ convention in Charsadda that the leaders were ready to do whatever America ordered.

Khan launched the allegations, including a clear reference to recognizing Israel, days after Israeli President Isaac Herzog, during his special speech at the World Economic Forum, spoke of the “big shift” in Israel’s ties. Israel with the Muslim world, mentioning that it recently received a delegation from Morocco and another from Pakistani expatriates living in the United States, Dawn reported.

At the Charsadda jalsa, Khan said that the PTI government had reached an agreement with Russia to import gasoline at 30% cheaper rates, but that the “imported government abolished this agreement” for fear of the US administration and raised gasoline and diesel prices.

Meanwhile, the Foreign Ministry has “categorically rejected” the idea of ​​any Pakistani delegation visiting Israel.

The reported visit was organized by a foreign NGO, which is not based in Pakistan, a Foreign Ministry spokesperson said while answering questions from the media, Dawn reported.

“Pakistan’s position on the Palestinian issue is clear and unambiguous. There is no change in our policy on which there is complete national consensus. Pakistan strongly supports the inalienable right of the Palestinian people to self-determination. The establishment of an independent, viable and contiguous Palestinian state with pre-1967 borders and Al-Quds Al-Sharif as its capital, in accordance with relevant UN and OIC resolutions, is imperative for a just and peaceful peace. sustainability in the region,” the FO spokesperson explained.

Meanwhile, Planning and Development Minister Ahsan Iqbal in a series of tweets criticized Imran and his party for wreaking havoc in Pakistan, Dawn reported.

He said: “The PTI has become a tool of the enemy to create chaos in Pakistan. The nation did not leave its homes on May 25 and buried Imran Niazi’s negative policy forever.

He said no official or semi-official Pakistani delegation led the meetings. He said the government’s policy was clear and that it did not recognize the State of Israel. “All our sympathies go out to our Palestinian brothers and sisters,” the minister said.