How I Launched a Beverage Startup During My MBA 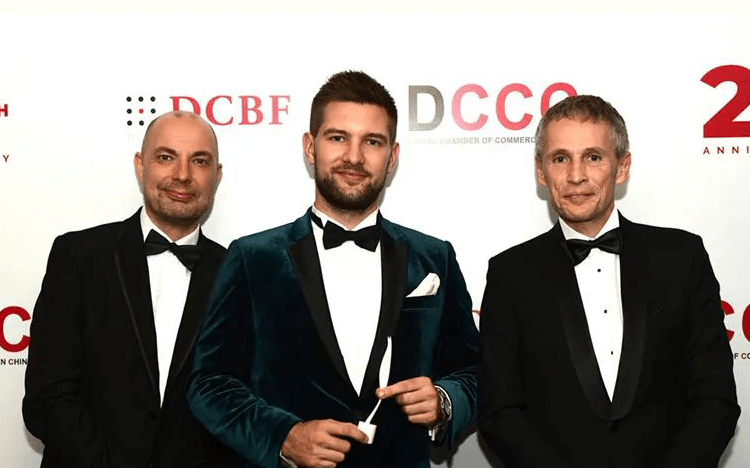 High-flying CEO and Forbes 30 Under 30 entrepreneur, it’s no surprise that Alexander Petersen is always looking for the next big challenge.

Born in Denmark, Alexander moved to Canada to study for his Bachelor of Commerce. There he signed up for an exchange program to spend a summer in Shanghai, where he fell in love with life on the bustling streets of China’s premier business hub.

In 2013, Alexander decided to uproot his life and move to Shanghai. eGISS, a Danish IT company, offered him the opportunity to set up the company’s first Chinese office, where he would work as managing director.

The experience gave Alexander his first taste of running a business. It was the start of an exciting journey that saw him launch an international beverage startup and become a top entrepreneur in Shanghai.

After a few years at eGISS, Alexander felt he needed a new challenge. Things were going well in Shanghai, and he had become accustomed to the day-to-day work of running a company.

He decided that an MBA was the logical next step in his career: “I wanted to develop what I knew and understand the business side a little more,” he says.

Alexander decided to enroll in one of the top-ranked MBAs in China, which had a campus nearby. Although Jiao Tong offers an international MBA taught in English, he also decided to test himself by studying in Chinese.

“You have to be ambitious if you’re going to China, so I wanted to see how far I could do the best version of myself,” he says.

Study a high-level MBA in China

While the typical MBA cohort includes a mix of international and domestic students, studying on a Chinese MBA gave Alexander a different experience.

“I met a lot of great people, local Chinese people from Shanghai, a lot of people from Suzhou and Beijing, it helped me get a much stronger network that wasn’t just expats,” says he.

“As a foreigner, I gained a much deeper understanding of China and its way of thinking,” he adds.

He deepened this understanding during the program, which offers a curriculum that combines business fundamentals with a particular focus on the intricacies of Chinese business culture.

Alexander learned to design products that would appeal to local consumer profiles and the Chinese market in general. He also became aware of the varying characteristics of different regions. In regions north of the Yangtze River in China, for example, the corporate culture is largely aligned with independent Western ideals, while in the south there is often a greater reliance on interdependence and collective thinking.

These lessons proved invaluable in helping him launch a startup in Shanghai.

Along with studying for his MBA, Alexander has spent much of his time working on launching a beverage startup with his roommate in Shanghai.

“When I first moved in, he was selling whiskeys and craft beers, and it turned out he wanted to get better on the product side,” says Alexander.

With years of business expertise under his belt, Alexander quickly got to work on monetizing the idea and coming up with a business plan. In 2017, the duo launched Laiba Beverages.

Studying a general business degree while building a startup proved helpful as Alexander was able to tailor his classes to focus on entrepreneurial skills.

“I was trying to see how well each class could fit into the business and everything became extremely relevant,” he explains. “It was very convenient to have courses, books and assignments that I could apply directly to the work I was doing.”

Jiao Tong also houses an entrepreneurship center for students to participate in workshops, classes, and networking events. The center helped Alexander develop skills such as pitching and public speaking.

Today, Laiba Beverages is a far cry from what started with two roommates in Shanghai in 2017. Graduated from beers and whiskeys to offer cocktails mixed by professional mixologists, Laiba is China’s premier bottled craft cocktail brand. .

The beverage startup has literally taken off: you can now find Laiba cocktails on airlines. It is next to cruise ships, luxury hotels and restaurants. Outside of China, online Laiba stores are also available in the UK and Singapore.

The company has seen challenges during the pandemic, but now Laiba is rapidly expanding into new markets. There is even talk of a lucrative contract with American Airlines, the largest flight operator in the world.

For Alexander, much of Laiba’s success is due to the relationships he built while in college.

“Doing an MBA puts you in a position where you are surrounded by people who can help you, whether they are working at a large company with a potential customer or supplier, or want to promote and publicize it themselves. “, he says.

Alexander also credits the MBA with preparing him for life as an entry-level entrepreneur, giving him the ability to view business from a broader perspective while juggling various responsibilities.

“Entrepreneurship can be very chaotic, an MBA helps you think about a business in a disciplined way,” he adds.

Ultimately, the combination of learning business and launching a beverage startup provided Alexander with the platform for success: “I don’t know if all students are lucky enough to have a connection so direct with something,” he says. “It was a truly unique opportunity.”