Hong Kong is again the most expensive city in the world 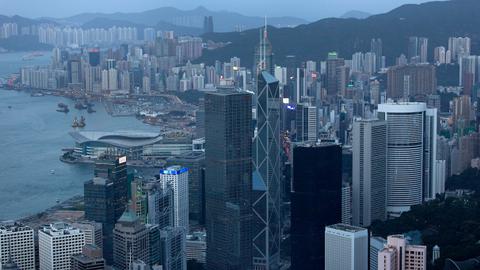 Asian cities topped the list of the ten most expensive cities in the world; New York and Geneva take second and third place.

The listing prepared by the American global mobility company ECA International took into account several parameters to calculate the cost of living, such as the average prices of basic household products such as milk or cooking oil, gasoline, public transport, rent, utilities and the strength of the local population. currency.

It’s the third year in a row that Hong Kong, the bustling city-state outside mainland China, has topped the list. New York and Geneva placed second and third in the ranking.

The ECA International index has been prepared for expatriates and foreign workers.

The other most expensive cities on the list starting from the fourth position are London, Tokyo, Tel Aviv, Zurich, Shanghai, Guangzhou and Seoul.

“Although Hong Kong has been less affected by rising global inflation than other regional and global locations over the past year, it is still the most expensive place in the world,” said Lee Quane, Regional Director for Asia at ECA International.

The 3% year-on-year price increase, as measured by the company’s basket of goods and services, is higher than what is typically seen in Hong Kong.

“On the contrary, it is the strength of the Hong Kong dollar, which is pegged to the US dollar, over the past year that has allowed it to maintain its position as the most expensive place in the world while other currencies have weakened,” Quane said.

Asia: the most expensive continent

Together with Hong Kong, Tokyo, Shanghai, Guangzhou and Seoul are among the ten most expensive cities in the world.

“The main reason for their (mainland Chinese cities) rising in the rankings has been the continued strength of the Chinese yuan against other major currencies.”

Many cities in Asia experienced above-trend inflation rates over the year, with Colombo in Sri Lanka having experienced the fastest rate of price growth over the past 12 months, which has earned a rise of 23 places in the ECA ranking to 149 in the world.

“Supply shortages for some essential items caused by lack of foreign exchange led to price increases of more than 15% at the time of the survey compared to the previous year,” Quane said.

The protests, which erupted in response to rising prices, led to the resignation of prominent Sri Lankan government figures, including the country’s prime minister,” he added.

Many places within the European Union have seen declines in the ECA rankings due to an unstable period for the Euro, with Paris dropping out of the global top 30 and cities like Madrid, Brussels and Rome also falling. .

Quane said: “Almost all major cities in the Eurozone have seen a decline in rankings this year, with the Euro performing worse over the past 12 months than the US Dollar and the British Pound. The euro’s weakness was mainly caused by market expectations that the ECB would raise interest rates more slowly than its peers.

Moscow drops one place to 62nd in the rankings, while St. Petersburg is unchanged at 147th.

“At the time of the survey, the ruble had plunged in value as economic sanctions against Russia for its invasion of Ukraine have shaken confidence in the economy. Sanctions and a weaker currency have helped drive up inflation, which has counteracted exchange rate losses, leaving the country stable overall,” Quane added.