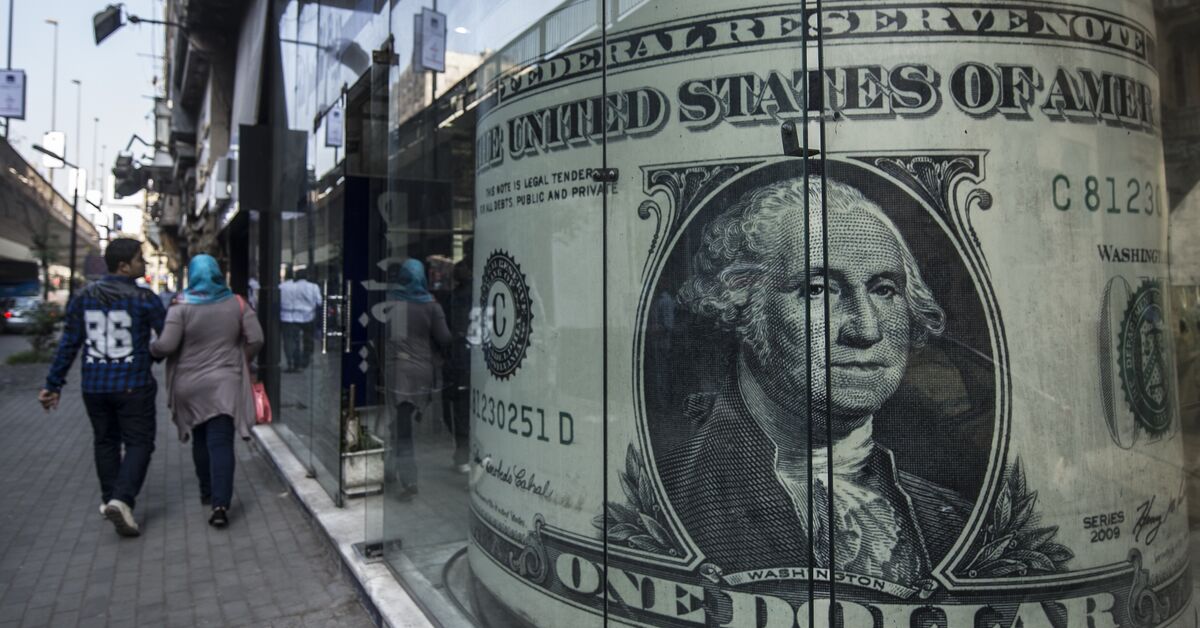 Led by hawkish Federal Reserve policy, the US dollar is rallying across the board against global currencies. The greenback has recorded gains against major currencies including the euro, yuan and yen since the Fed raised interest rates by 0.75% on July 27. The Egyptian pound was no exception, with the US currency currently hovering above 19.15, the highest since December 2016.

However, the greenback’s recent gains make sense due to the demand/supply equation, as one economist told Al-Monitor.

“The demand for dollars has increased, while the supply has decreased due to lower tourism revenues. However, the 0.19 pound increase in the dollar exchange rate is insignificant and not a problem As a percentage, it stands at around 0.8%,” Rashad Abdo, director of the Egyptian Forum for Economic and Strategic Studies, told Al-Monitor.

“One of the challenges resulting from the rising dollar is the higher cost of imports. Importers will shift the burden onto consumers by raising prices. Therefore, it would fuel inflationary pressures,” Abdo said.

He said the Monetary Policy Committee (MPC) of the Central Bank of Egypt (CBE) may raise overnight interest rates at its next meeting, scheduled for August 18.

“The MPC can either leave rates unchanged or raise them in the wake of dollar gains. A rate hike is likely, so local investment could decline due to a higher cost of funding,” he said.

The overnight deposit and lending rates currently stand at 11.25% and 12.25% respectively, according to CBE data. At its last meeting on June 23, the MPC kept interest rates unchanged.

Abdo argued that the carry trade could return if the MPC raises rates. “However, it should be noted that the economy can never capitalize on speculative money for long,” he said, referring to a July statement by Finance Minister Mohamed Maait.

Maait said on July 8 that speculative money is available all over the world, but we (the government) should definitely not rely on it. On June 22, Maait told Bloomberg that foreign outflows totaled $20 billion in 2022.

However, a growing gap in the country’s trade balance has swallowed up these increases. The non-oil trade balance deficit jumped 22.5% to $37.7 billion between July 2021 and March 2022, from $30.7 billion in the same period a year earlier, according to data from the EPC.

Despite recent dollar gains, there may be a silver lining in the cloud as Alia El-Mahdi, an economics professor at Cairo University, has said.

“On the one hand, the rise of the dollar can positively affect the trade balance. Imports could decline due to rising costs, which would dampen the demand for US dollars in the local market. Along the same lines, a weaker pound could increase exports, as products made in Egypt will be cheaper around the world,” she told Al-Monitor.

However, the professor argued that an increase in exports would depend on the flexibility of the production sector.

“This flexibility is determined by the ability of local producers to meet increased demand from global markets. For example, ready-to-wear producers can benefit from such a situation if they can produce more,” she explained.

As for the local exchange rate market, Mahdi warned against speculation on the greenback. “There is speculation outside the banking system that the dollar will gain more. This may seriously affect the pound,” she noted.

According to Mahdi, the MPC will likely raise interest rates at its next meeting to contain inflation and strengthen the pound.

“However, higher rates would increase the burden on the state budget due to higher sovereign debt yields. In addition, the private sector will be adversely affected by the escalating cost of funding. This will have an impact on direct investment,” she explained.

Responding to the question of whether higher interest rates would stimulate carry trade again, she made it clear that the global financial situation had changed significantly.

“I don’t think higher interest rates in Egypt will attract hot money, as happened after the currency floated in November 2016. The Fed has already hiked rates, and many investors see the US market as a haven in terms of returns,” she added. .