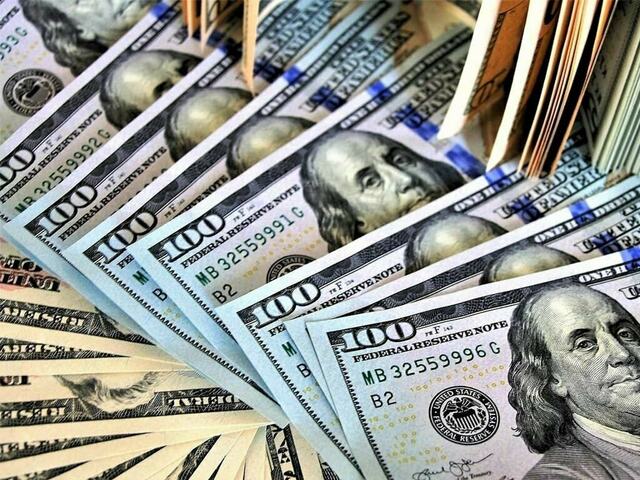 The year 2021 has been a record year for Pakistani remittances. Pakistani expats transferred $33 billion in 2021, a 26% growth from the previous year. Considering the size of the economy at $280 billion, which was the figure quoted before the benchmark was moved to 2015-16, workers’ remittances accounted for almost 12% of total GDP. No wonder the federal government continues to woo Pakistani expatriates and granted them the right to vote in elections.

This strong growth was consistent worldwide: 21.6% in Latin America and the Caribbean, 9.7% in the Middle East and North Africa, 8% in South Asia, 6.2% in Africa sub-Saharan Africa and 5.3% in Europe and Central Asia.

Unfortunately, the cost of sending money across borders remains quite high. The World Bank’s Global Remittance Price Database puts it at 6.4% in the first quarter of 2021, more than double the 3% that is the 2030 target of Sustainable Development Goal number 10 of the United Nations.

In-depth data analysis reveals that the costs of transferring funds are lower when sent through some of the upcoming fintechs compared to traditional banks or money transmitters that transact in cash.

While the past two years have been extraordinary due to unprecedented circumstances, outward remittances from Saudi Arabia and the United Arab Emirates have overall increased steadily year-on-year.

The main source of remittances for Pakistan is Saudi Arabia, followed by the United Arab Emirates, the United Kingdom, the EU and the United States. Pakistan is not the only beneficiary; as a whole, these countries are dominant with billions of dollars sent abroad.

The United Arab Emirates is the second largest outbound remittance corridor in the world (after the United States) with $48 billion transferred to different countries in 2020. Saudi Arabia follows the United Arab Emirates as the third largest source of transfers of outgoing funds with 35 billion dollars. These remittances were sent in a Covid year as the global economy plunged. Given the size of the market, innovation is natural.

With UAE expats constituting 90% of the population, social media penetration of 99% and smartphone penetration of 92%, and similar statistics for Saudi Arabia, these markets are very ripe and lucrative for tech intervention. .

The governments of Saudi Arabia and the United Arab Emirates are fully aware of this scenario and are developing the fintech sector by developing regulations to attract more technology partners to the industry. For example, the UAE Central Bank issued revised Stored Value Facility regulations in November 2020, removing the requirement for a joint venture with a conventional bank and reducing capital requirements from AED50 million to AED 15 million, allowing fintech players to be regulated and play a role in the sector.

Financial Free Zones in the United Arab Emirates, such as the Dubai International Financial Center (DIFC), have their own regulations on the provision of money services that allow fintech companies to be regulated and offer transfer services cross-border funds.

Similarly, in Arabia, the Saudi Central Bank has introduced the Electronic Money Establishment License as part of its payment service provider regulations, to allow fintech to get started and grow quickly. These forward-looking policies have had a direct impact on inflows to countries like Pakistan, as tech channels offer a cheaper, more convenient and instant method to send their funds compared to conventional banks.

The writing is on the wall. Digital transactions are the answer to solving barriers to remittances and many GCC businesses are embracing digital transformation. They are seeing their customer base on digital channels grow more than twice compared to 2019, with mobile apps accounting for a growing share of overall remittance transactions.

The correlation can be easily identified, simplifying the process through technology, and the use of official channels has been a contributing factor in reporting higher numbers.

As the fintech industry grows in these major markets, the Pakistani government has responded with its own policies in an effort to attract remittances and investments through formal channels. It was not just the lucrative market, the FATF pressure on money laundering and terrorist financing was a significant factor in promoting the movement of money through formal and regulated channels as opposed to informal channels such than hawala.

Saudi Arabia and the United Arab Emirates are key for Pakistan with almost 50% of total remittances in 2021 and their contribution has increased in this year compared to previous ones. There are several reasons for this growth. One reason could be that as households suffered from the rising costs of inflation, workers in those countries sent more money.

However, the traceable reasons are simple. As Covid made travel more difficult and imposed mobility challenges, the physical movement of cash through unofficial Hundi and Hawala channels declined. Since cash could not cross borders, migrant workers had to rely on official channels to send money to their families.

The government of Pakistan has come up with the Roshan Digital Account Scheme, a smart response to a dynamic situation that can be used for Naya Pakistan Certificates, residential real estate investments, investments in shares listed on the Pakistan Stock Exchange and investments in Savings Certificates and Islamic Term Bank. some products.

It also allows allocations for charity and simplifies charitable transactions. Since September 2020, Pakistanis from 175 countries have opened more than 2.8 million accounts representing $24.6 billion in deposits, 69% of which was spent on purchasing Naya Pakistan certificates. Naya Pakistan certificates offer expats relatively better returns than deposit rates in their own country with an annualized return on USD accounts of 7%, far more than US banks. All of this translates into more dollars coming into the country.

Many incentives have also been offered to Pakistanis abroad who transfer money through formal channels, such as low or no import tax on mobile phones. Under Baggage Rules 2006, overseas Pakistanis have the option of crediting customs duty at the prevailing rate on each imported item when using a foreign currency payment card for payment duties and taxes on all items, including cell phones.

Pakistan is not the only country experiencing growth in remittances. In November 2021, the World Bank reported that remittances to low- and middle-income countries are expected to have increased by 7.3% over the previous year and will reach $589 billion by the end of the year. ‘year. This growth was higher than expected. However, if one considers the flow of funds even in the peak Covid year of 2020, in which remittances only declined by 1.7%, this is only the following a resilient trend established earlier.

While 2021 was a major year, remittances are expected to increase by just 2.6% in 2022. The high costs of remittances remain even more problematic for a worker who is away from loved ones and working for them.

In this scenario, Pakistan should do everything to align its policies with the coming change. Pakistani banks are too ready to follow traditional practices. Considering the role that remittances play in holding Pakistani households together and the fact that they constitute nearly 12% of Pakistan’s economy and account for more than the country’s FDI, digital remittances are an area in which the State Bank of Pakistan should focus.

However, a high proportion of remittances as a factor in the economy is not a good indicator. China’s inward remittances as a percentage of GDP are around 0.1%. In 2000, Pakistan’s share was 1.3% and since then it has only increased.

If Pakistan is to prosper and absorb the growing labor force, it will need to focus on facilitating the pathway of inward remittances, but more importantly focus on expanding the industrial base and exports.