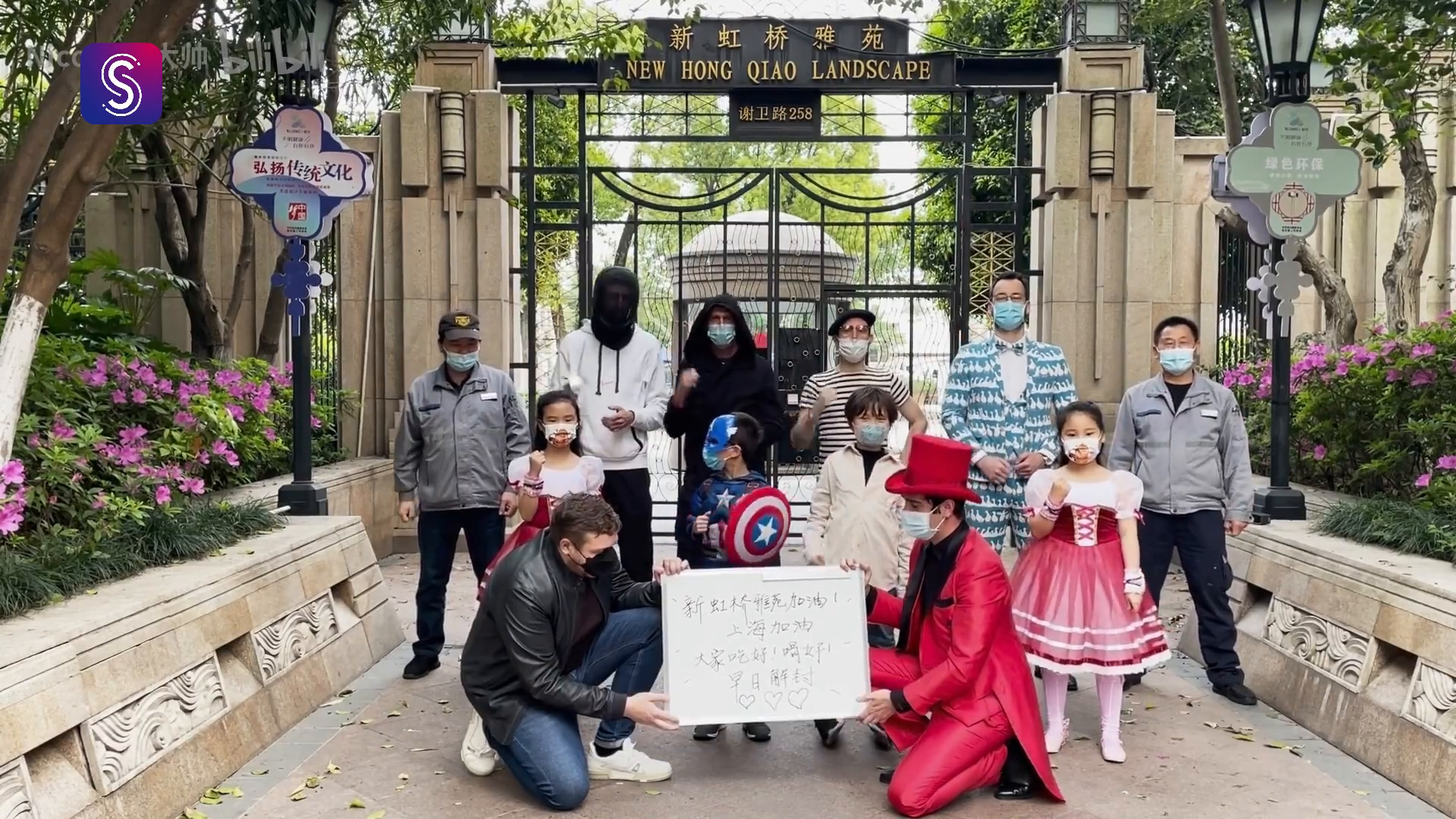 Inspired by short videos of blessed Africans that have gone viral, a French magician called on his neighbors to create their own videos for Shanghai, sparking another trend.

Since moving to Shanghai 11 years ago, Nicolas Juge has had a strong attachment to the city and its neighborhood.

The property management staff at his building call him the “celebrity” of the neighborhood, because almost everyone here knows the friendly guy from Dijon, France.

Judge lives in the New Hongqiao Landscape area of ​​Qingpu District. Until April 25, his community had not reported any COVID-19 cases since April 1, when Puxi began to be placed under lockdown. This allowed him to exercise outdoors in the neighborhood.

The popularity of blessing videos, featuring Africans dancing and giving blessings in Chinese, with accents, sparked his interest.

“I wanted to do one for our community, but I didn’t want to pay for it,” he said. “So I prefer to do it myself.”

On April 20, he asked volunteers from WeChat Group to help him create the video. Fortunately, he received a massive response from his neighbors, especially some expats.

It was quickly decided that 12 people would be involved, including expatriates, facility staff and children. Although he only knew three of the French members of the group, the planning went smoothly.

Judge, dressed in his usual magician outfit, invited the others to dress up in fun outfits to add color and ambiance.

Judge performs magic at a New Year’s Eve party at the Bund One Art Museum.

They wrote blessing sentences and also drew three hearts on a whiteboard. During the actual show, they used the Ultraman theme song exclusively, performing some of the icon’s signature moves.

“Ultraman is not famous at all in France or Europe,” he said. “But since I’ve lived in China for so many years, I know every kid loves it. Who didn’t have an Ultraman map or toy when they were a kid?”

It only took them an afternoon to make the video. After Judge uploaded the video to his WeChat Moments, he was thrilled with the positive likes and comments he received. 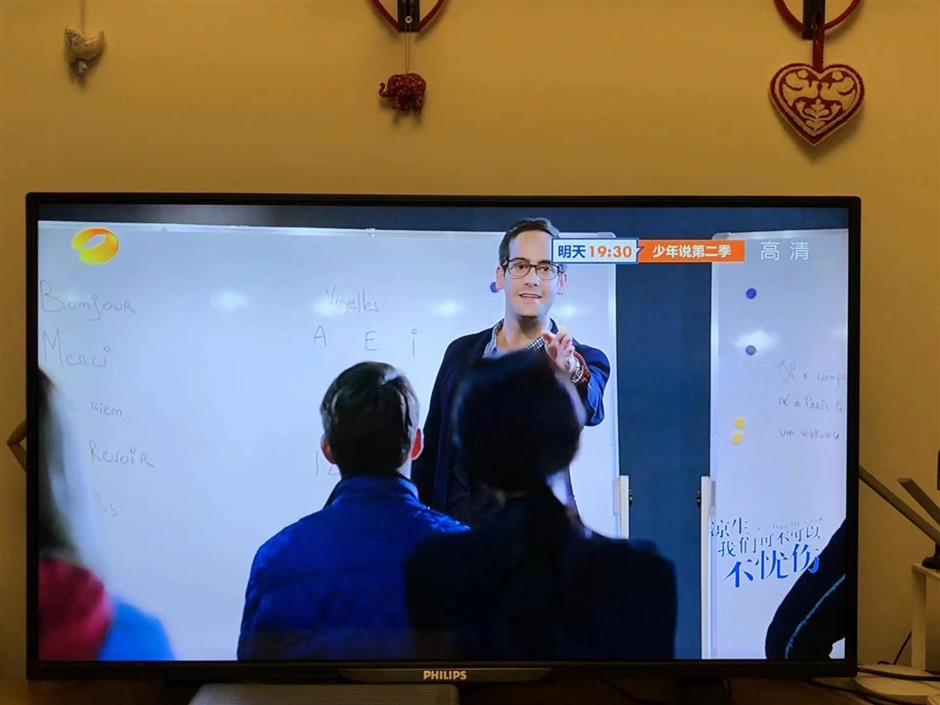 Judge plays the role of a French teacher in the famous television drama “All out of love”.

Besides being a magician, Juge has appeared in several Chinese TV dramas and commercials. He once studied as an exchange student at the Shanghai Theater Academy, where he got his Chinese name “Ma Dashuai”.

“Once we rehearsed a comedy from the famous TV drama Ma Dashuai, and I played the role of Zhao Benshan,” he said. “I made everyone happy and the director always called me Ma Dashuai.”

He liked this Chinese name because it gave him a sense of belonging, and now all his Chinese friends call him by this name.

Judge has been trying to maintain a positive attitude and keep busy following reports of COVID-19 cases in the neighborhood this week.

He said he could get almost anything he wanted through various well-organized neighborhood shopping groups. The French baguette, which he eats every day for breakfast, however, is not one of those items that can be purchased.

So, after finding recipes online, he started learning how to cook. And soon after, he discovered another use for his talent.

He put a table in front of his house, wrote “Ma Dashuai Bakery” and “Food Exchange” on the paper, and started a barter business.

To avoid direct contact, he also placed a paper bag on the table. The neighbors could put the objects they wanted to exchange there and then take the wand.

Judge now prepares 10 to 20 French baguettes per day on average, depending on the needs of his WeChat group. As a result, her neighbors provide her with flour, vegetables, fruits, chocolates, wine, and other items. 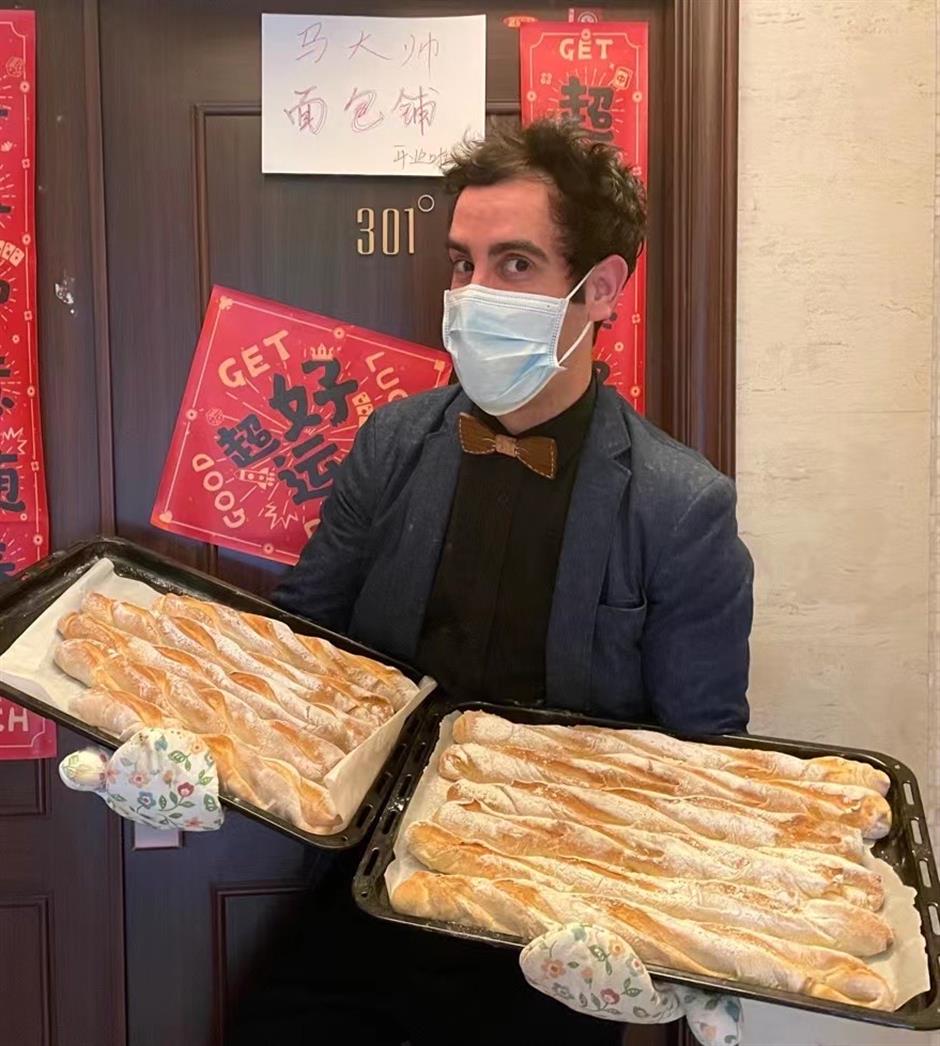 Judge bakes French baguettes every day to barter with his neighbors. 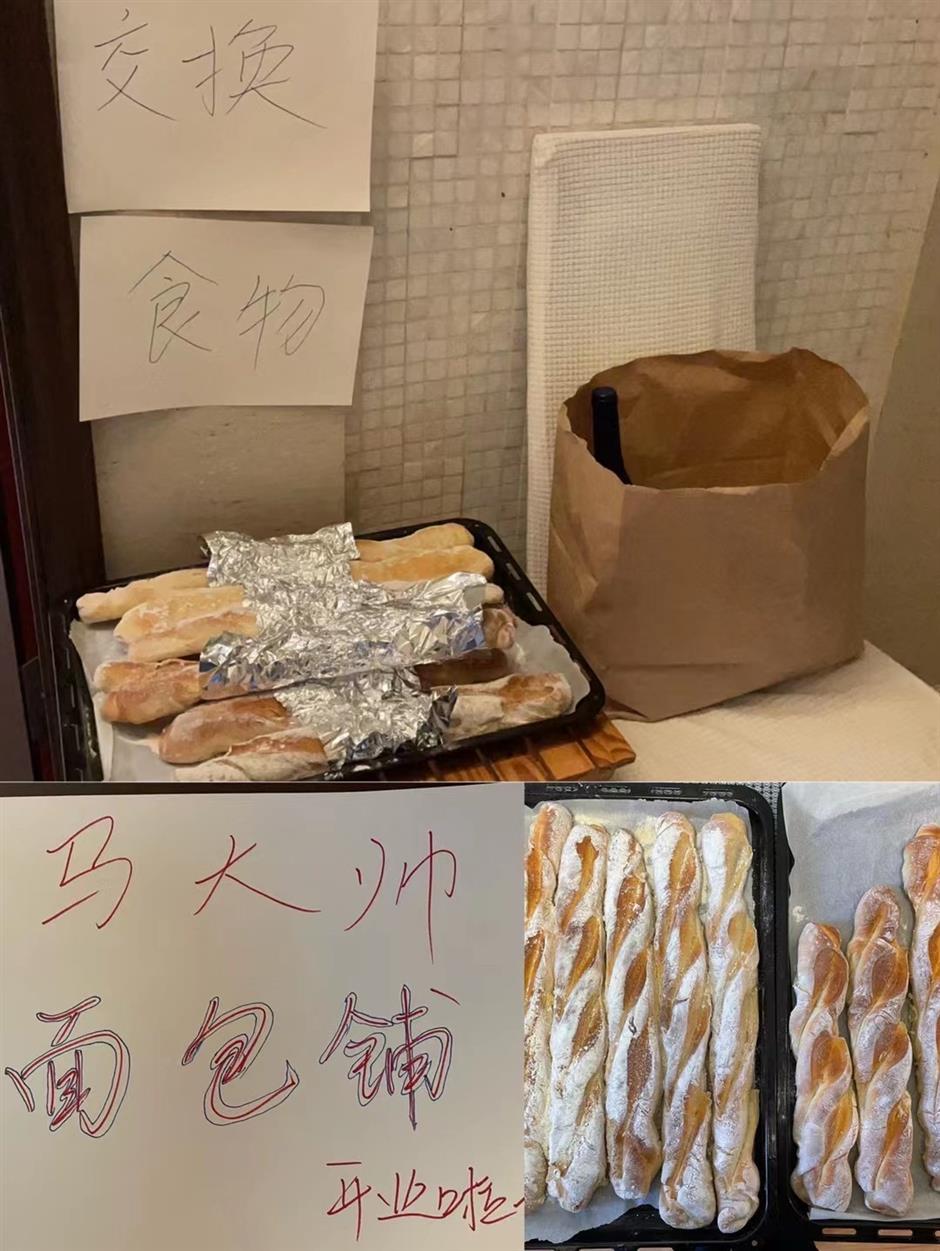 Every night he has video calls with his parents in France. Due to the pandemic, he has not returned to France for over two years. Before that, he came back to visit them three times a year.

“I miss them so much,” he said. “Talking is very important so that I don’t feel alone during this difficult time.”

Judge’s wife is from Wuhan. They met in a French market in Shanghai six years ago and began their love story.

They traveled to Wuhan in early January 2020 to plan their wedding ceremony with their entire family. Unfortunately, due to the pandemic, the ceremony had to be cancelled.

Her Chinese parents are concerned about the current situation in Shanghai after experiencing the outbreak in Wuhan.

“We told them we had enough food and supplies, and we were negative from the start,” he said. “They wish the situation would improve soon and that we could come and visit them in Wuhan.”