Expatriates hear the speech of the Swiss president confident in democracy 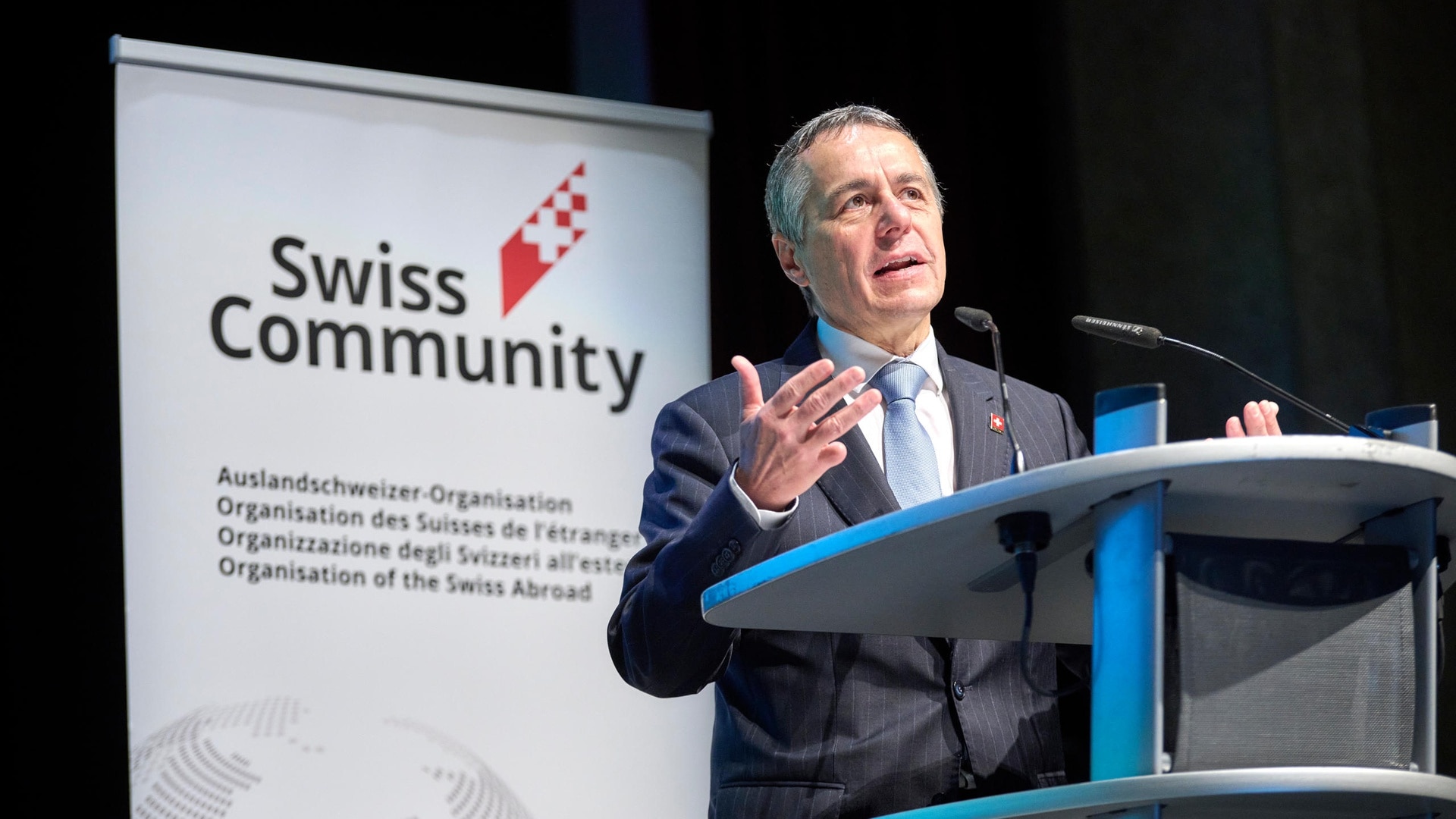 Swiss President Ignazio Cassis called on the Swiss expatriate community to help promote democratic values ​​to counter the multiple crises of democracies around the world.

Addressing the Congress of the Swiss AbroadExternal link in the city of Lugano on Saturday, Cassis expressed great optimism about the future of democratic forms of government.

Despite a number of setbacks for democracies around the world in recent years and recent crises, opportunities for citizen participation in political life have increased over time since the 18e century to peak in the 1990s, he said.

In his extensive analysis, Cassis also included the famous quote from former British Prime Minister, Winston Churchill: “Democracy is the worst form of government except all others. [that have been tried].”

He also described freedom as a key driver of societies, as demonstrated by the defense of Ukraine against Russian invasion.

Democracies are increasingly threatened from outside and within by autocratic systems and a noticeable polarization of society, according to Cassis, who is also Swiss foreign minister.

“Democracies and liberal progress are far from secure,” he said.

Role of Switzerland and Swiss expatriates

“What is needed is mutual respect and a modicum of trust,” he said.

Cassis added that he was convinced that “liberal democracies still have a few tricks up their sleeves in the competition between systems”.

One of the great advantages of the system is the “critical dialogue with and between citizens”.

He called on Swiss expatriate communities around the world to bring their outsider’s view of their home country to help strengthen democracy and national cohesion.

In his opening speech to the congress in front of several hundred participants, the president of the Organization of the Swiss Abroad, Filippo Lombardi, presented Cassis with a small list of wishes for the Swiss government.

After heated debates among delegates from the Council of the Swiss Abroad, which met on Friday, Lombardi stressed the importance of future relations between Switzerland and the European Union.

He also underlined the need for the expatriate community to be able to participate in regular voting in Switzerland by introducing electronic voting and he called on the government and parliament to resist potential temptations to reduce financial support to the Swiss community of abroad, with 788,000 people.

The Ministry of Foreign Affairs is due to launch a new smartphone application, developed by the consular services for the Swiss abroad.

In his speech on Saturday, Cassis revealed the name of this application: SwissInTouch.

“The choice of this name illustrates the desire for dialogue and exchange that underpins this technological development. Load it on your smartphone as soon as it is available and benefit from a new communication channel,” he said.