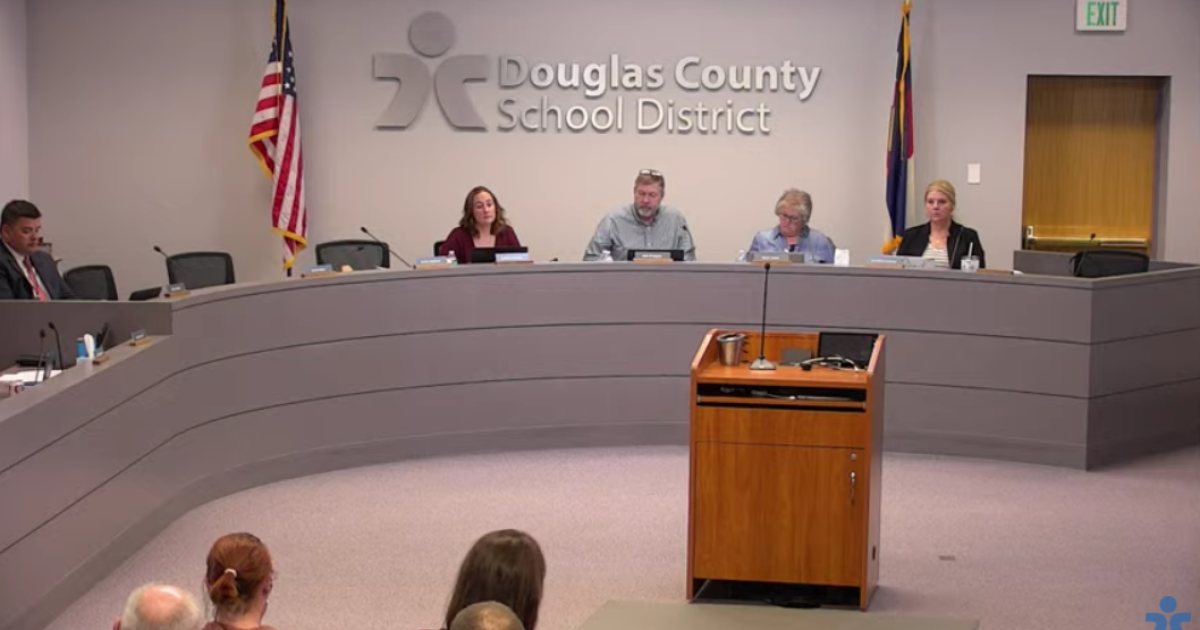 DENVER — The Douglas County School Board on Tuesday approved an amended contract for new superintendent Erin Kane that will pay her a quarter of a million dollars a year through June 2025.

Table heard public comments for a little over an hour start on tuesday Meet before going into executive session ahead of the vote on Kane’s contract.

The original contract said Kane would serve as superintendent from March 31 of this year until June 30, 2026. However, that term was changed to end on June 30, 2025.

Kane asked for a four-year term, saying it would send a message of stability to the community, according to a lawyer who attended virtually. Former Superintendent Corey Wise’s contract had a three-year term, while his predecessor, Thomas Tucker, had a five-year term in his contract, according to the attorney.

The discussion on shortening term limits revolved around tax issues. The district has budgeted enough funds for the next two years. However, in the third year, the district will have to find additional funds, potentially through a factory tax waiver, according to council chairman Mike Peterson.

Peterson argued that with a four-year term, the superintendent would have enough time to secure this additional funding. However, council director Elizabeth Hanson argued that if the superintendent cannot secure the additional funding within a three-year window, it might be in the district’s interest to have the flexibility to find someone to help. another who could, if necessary.

Under the contract, Kane will receive a gross annual salary of $250,000.

The contract the board approved on Tuesday states that Kane can be terminated for “good and just cause” and that the board “will not arbitrarily and capriciously terminate this contract.”

But he also says he can terminate Kane’s contract without cause, in which case he would have to pay the base salary outstanding for up to 12 months, as well as other benefits, as was the case with the former superintendent. Corey Wise, who was fired without cause on February 4.

Kane could also terminate the contract herself with four months written notice to the board, according to the contract.

Board director David Ray, one of the board’s minority members who voted against hiring Kane as the next superintendent, did not attend Tuesday’s meeting – the second meeting that he missed in six years on the board – calling the meeting ‘the culmination of a series of unethical and unacceptable practices.

“These include the wrongful termination of the former superintendent, a deeply flawed select process, and decisions/discussions that were made outside of the public eye,” Ray said. “I look forward to the day when the Council can refocus its work on learning, the well-being of ALL students and the support of our employees who make this possible.”

Board Vice-Chair Christy Williams has offered to change the contract to shorten the term to three years. This motion was seconded by Hanson and carried by a vote of 4 to 2. Meek voted no to the amendment, arguing for a two-year term. Wineager also voted no, arguing for a four-year term.

Hanson then moved to approve the amended contact, and Meyers seconded the motion. The amended contract was approved by a 5 to 1 vote, with Meek voting no.

In a one-on-one interview last week with Denver7 anchor and education reporter Nicole Brady, Kane opened up about how she plans to stay focused amid the controversies the district is embroiled in, as well as her plans. for teacher retention.