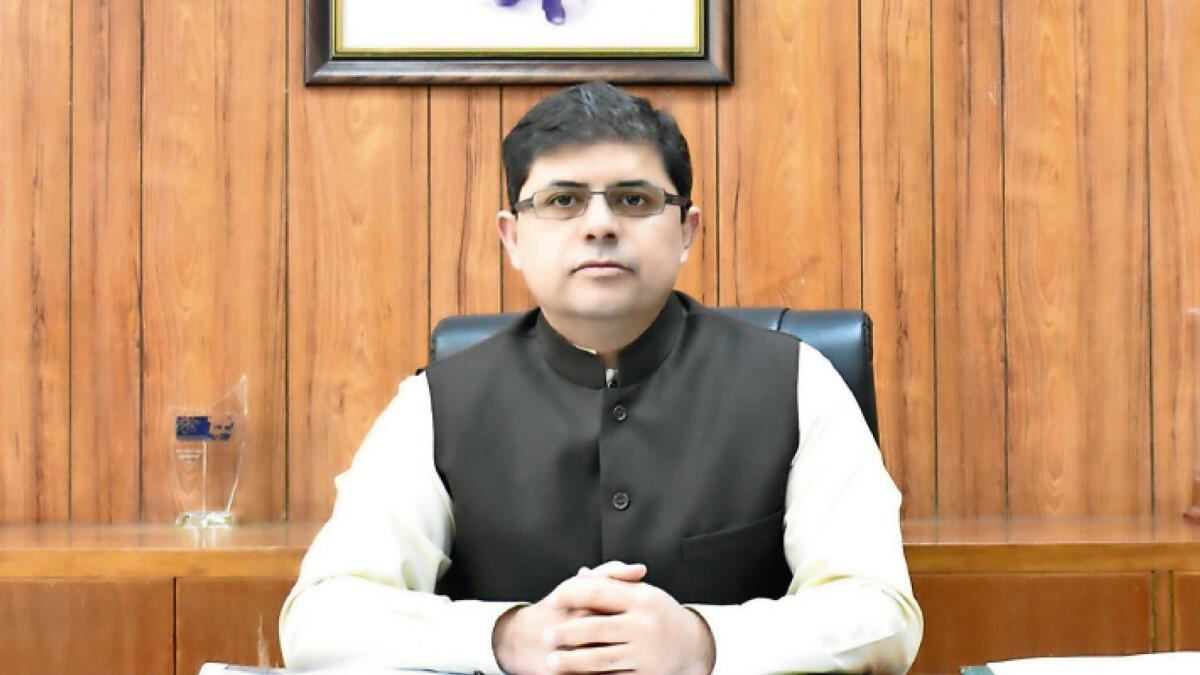 Hassan Afzal Khan, Consul General of the Islamic Republic of Pakistan, Dubai and the Northern Emirates

With a myriad of business opportunities, the UAE represents a natural gateway to the world for Pakistan, says Hassan Afzal Khan, Consul General of the Islamic Republic of Pakistan in Dubai and the Northern Emirates.

In a bid to strengthen people-to-people ties between the UAE and Pakistan, the most important initiative taken by the Pakistani government has been visa liberalization, according to Hassan Afzal Khan, Consul General of Pakistan in Dubai. and the Northern Emirates. “We have one of the most liberal visa regimes in place for the UAE. For anyone, whether for business or tourist purposes, our visa regime allows us to issue a visa within hours. It certainly played an important role in improving interpersonal relationships. The same courtesy was extended to us by the UAE government as their visa regime is also very fast and liberal for Pakistan,” he added. Khan said that for Pakistani business people and tourists, the UAE is the easiest destination to visit and they are very confident that things are moving in the right direction.

In terms of moving beyond traditional trade and business relationships, Khan opined that there had been a definite shift beyond the usual business sectors, with the emergence of new partnerships. He added: “As an example, more than 48 IT companies participated in Expo 2020 Dubai. It was one of the largest numbers of Pakistani IT companies to come to the UAE. Of these, nearly 20 were startups. If we look at our IT market, we have almost surpassed $2 billion in Pakistan and the number continues to rise with experts predicting that it will grow more than threefold in the short term. If we look at the UAE market and what they offer, it seems like a perfect match. The UAE market, with its infrastructure and access to international customers and brands, is the ideal forum for our startups. »

Khan acknowledged that currently there is a trade imbalance between the UAE and Pakistan, but he said there is huge potential for Pakistan to improve the balance by diversifying its basket of products.

Returning to Expo 2020 Dubai, Khan said that over the past six months the number of cultural troupes coming to the UAE to exhibit the diversity of Pakistani culture has increased significantly. “This is an important development, which owes all the credit to the successfully concluded Expo 2020 Dubai. It may not be replicated again, but it laid the groundwork in people’s minds, who are curious and interested to learn more about the rich and diverse offerings that Pakistan has.As a result, we are seeing more and more singers coming with greater frequency to the UAE.Even the film industry has made inroads with Pakistani films now premiering in cinemas across the UAE. When talking about people-to-people contact, one cannot ignore sports, which plays a huge role,” he said.

Sports, especially cricket, play bridge, Khan said. “Over the past year, we have hosted the ICC T20 World Cup in the United Arab Emirates and then the Asian Cup, which will take place in Dubai and Sharjah, starting on August 27. These sporting events play a huge role as a bridge between different communities. for cricket is keenly followed throughout the country. It is not only expatriates but also Emiratis who follow and appreciate the rivalry and the friendly atmosphere that is created. It gives a chance to enjoy the sport in a very positive light.

With the upcoming Asian Cup, Khan was confident that the level of excitement and friendly atmosphere would bring communities closer together.

Speaking on the steps taken to promote the tourism sector in Pakistan, Khan said: “There is no doubt that Expo 2020 Dubai has played an important role in highlighting the positive aspects of Pakistan and showcasing the country in a new light. I must also acknowledge the efforts of the UAE government for hosting Expo 2020 Dubai at the height of the pandemic and then maintaining the momentum for six months. So that gave us an excellent forum where all the provinces came to show their strengths. And one of the sectors was the tourism sector. As a result, we have seen the numbers increase significantly when it comes to tourists, both local and international. However, he pointed out that there is still a lot to be done to improve the tourism market.

For the Pakistani economy, remittances are one of the main sources of reserve building. Acknowledging this, Khan said: “With around 1.7 million Pakistanis living in the UAE, they play a positive role, not only in the UAE but also in helping the economy back home. It is the second largest Pakistani community outside from Pakistan and their share in remittances sent back is also the second largest, as more than $6 billion was received last year, playing a huge role in covering our trade imbalance.

He also said that lately there has been a positive trend in sending funds through banking channels. He said the government has initiated a number of measures in this regard. In this regard, the Roshan digital account has been of great help to Pakistanis as it allows them to open a foreign currency account while living in the UAE.

Pakistan is the 26th largest economy in the world with a population of 220 million. As for the next 25 years, Khan said the numbers don’t matter. “What matters is to transform the country. The change will be gradual and will take time. This will require a continuation of policies over a longer period. I am confident that if the government persists with the current policies, in the next 25 years Pakistan will have all the amenities on par with the developed countries,” he added.

On future areas of cooperation between the two countries, Khan said the two countries look forward to signing the Comprehensive Economic Partnership Agreement (CEPA) in the near future. “Apart from that, in the past three months, our Prime Minister has visited the UAE and met with the President of the UAE His Highness Sheikh Mohamed bin Zayed Al Nahyan twice. This reflects a very close relationship between the two countries at the highest level. The UAE government has supported Pakistan in many initiatives such as polio eradication program and technical assistance initiatives. There are a number of deals in the pipeline, it’s an ongoing process and we’re very positive,” he concluded.

MESSAGE TO THE COMMUNITY

Khan praised the Pakistani Diaspora saying, “I would like to congratulate the Pakistani community in the UAE and would also like to thank the positive role they have played in creating a positive image of the country, which has also been recognized by the leadership of the UAE. I would ask them to continue to play this role and channel their funds through legal channels. Follow the laws of the UAE and always support Pakistan.