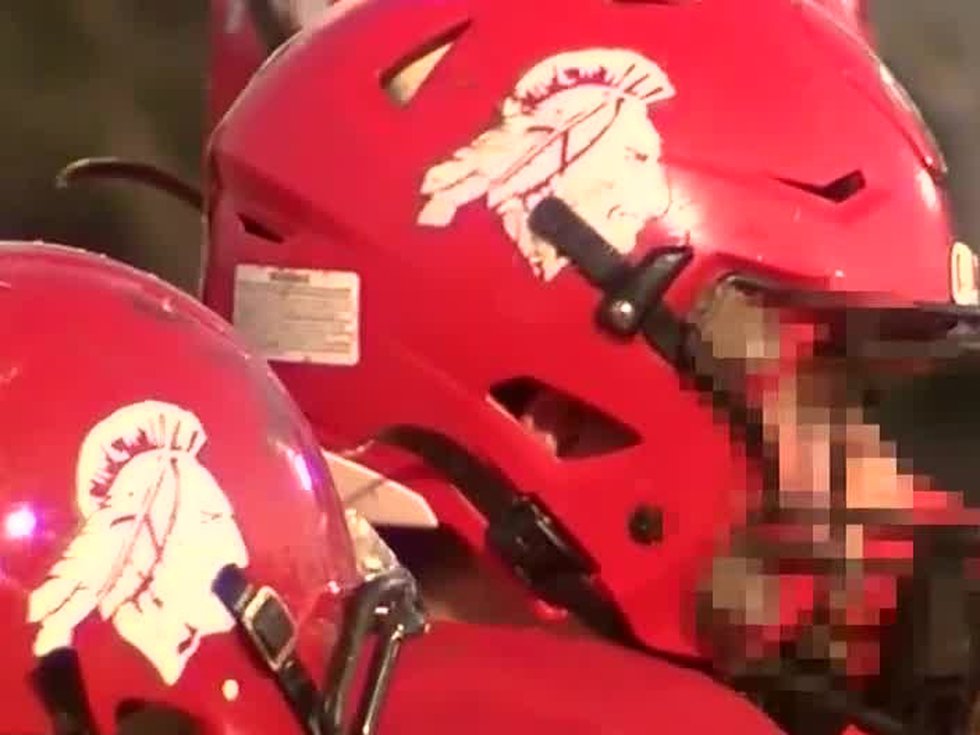 The reunion is hosted by a South Point high school alumnus named Jason Rumfelt, who said he was presenting “the other side of this much contested debate” surrounding the South Point Red Raider.

Vocal community groups like “Retire the Red Raider” have previously stated that they believe the mascot portrays Native Americans negatively.

Members of the native community and supporters even gathered outside the main building of the Gaston County schools.

On the flip side, those in favor of maintaining the mascot have said they believe the cancellation culture is to blame for the recent controversy.

The image is of a Native American warrior with red skin. It has been South Point High School’s mascot since 1947.

During Thursday’s meeting, Rumfelt said he plans to present research and conclusions on the background of the name and logo and hopes the community will hear that aspect of the argument.

This meeting is held at Gaston Kimbrell College Campus at Belmont at 6.30 p.m. The campus is located at 7220 Wilkinson Blvd. in Belmont.

This latest meeting takes place less than two weeks before the next Gaston County School Board meeting, which will be held on December 20 at 5:30 p.m., during which public comments will be aloud.