Departing US business leaders warn of expat exodus from China 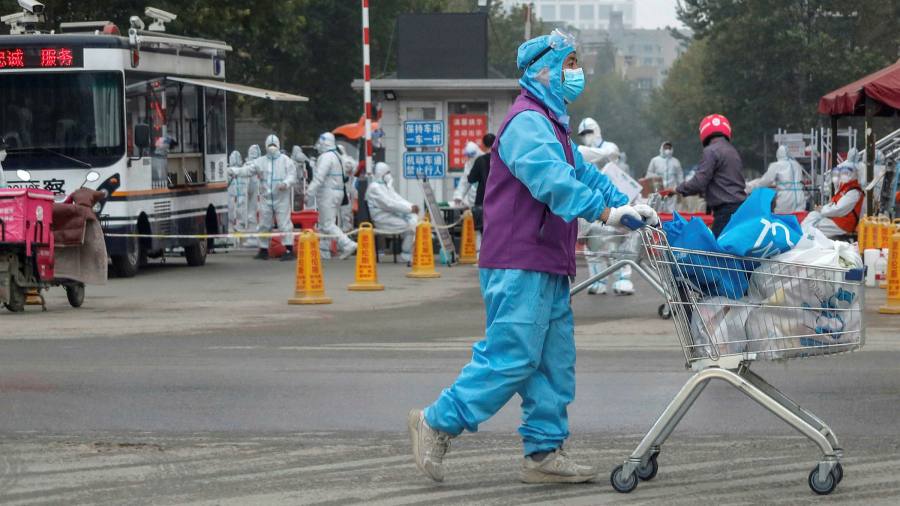 The head of a major US lobby group in China has warned of an exodus of Western executives from the world’s biggest consumer market as President Xi Jinping tightens coronavirus controls.

As part of China’s strategy to eliminate the coronavirus, Beijing has imposed more than 18 months of strict border security, including three-week quarantine stays and fewer visas for businessmen and their families.

The rules have been credited with helping to suppress coronavirus outbreaks and reduce the death toll from the pandemic. But a worsening outbreak of the Delta variant coronavirus has prompted a return to local lockdowns and travel bans after spreading to two-thirds of China’s regions.

With no articulated exit strategy, and just as the rest of the world is reopening, US business leaders have warned Beijing that it risks accelerating the exodus of foreigners from China.

Ker Gibbs and Alan Beebe, the presidents of the American Chambers of Commerce based in Shanghai and Beijing respectively, are among a growing number of businessmen in China quitting their jobs in the coming months.

“China has developed rapidly thanks to the hard work and enterprising spirit of the Chinese people, [but] it’s also true that openness to the outside world played an important role,” said Gibbs, a China business veteran who left his post earlier than expected.

“By allowing foreign capital, ideas and management expertise to flow into China, the country has accelerated its transition to one of the largest and most advanced economies in the world,” he said. declared.

A recent survey of 338 member companies of AmCham Shanghai in China found that more than 70% had difficulty attracting and retaining overseas talent, with “Covid-related travel restrictions” being the main problem.

“Getting business executives – and their families – in and out of China has been extremely difficult since the start of the global pandemic,” Gibbs said.

Rigorous quarantine protocols, including rare episodes of mothers separated from their children, have further scared some expats. The removal of the preferential tax treatment enjoyed by foreigners for decades and the rising cost of living in Chinese cities were also cited as major concerns.

Fears that travel restrictions could extend until the end of 2022 have added uncertainty for many.

Foreign spectators will not be allowed at the Winter Olympics in February. Many businesspeople now expect China to prioritize tight security – and subsequently sealed borders – leading up to a major party congress late next year, when Xi is expected to undertake a historic third term as general secretary of the Communist Party.

Video: Is the Chinese economic model broken down?

“Given the success of current containment policies and popular support for restricting international travel, it is extremely likely that China will continue its national zero-tolerance strategy and strict quarantine requirements for international travel for at least another year. “said Ernan Cui, a Chinese representative. analyst at Gavekal, a consulting firm.

China, using its locally produced Covid vaccines, said it had fully inoculated more than 1 billion of its population of 1.4 billion. The official death toll from coronavirus in the country stands at less than 5,000. That compares to more than 730,000 in the US and 140,000 in the UK.

Still, a series of outbreaks of the highly contagious Delta variant in recent weeks has complicated the outlook. Parts of several northern cities, including Beijing, are in lockdown, raising concerns among officials ahead of the Winter Games.

One such case was traced to a single person who returned from a domestic trip to Beijing and spread the virus while playing mahjong, officials said. Foreign language tests were among events canceled in the Chinese capital last week.

Companies are also struggling to retain foreign workers in Hong Kong due to tight pandemic controls. The number of U.S. companies using the city as their regional headquarters fell 10% to 254 this year from 2020, an 18-year low.

In another sign of growing pressures facing the international business community in China, the Chengdu-based Southwest China American Chamber of Commerce has been forced to suspend operations in recent months.

In August, Chinese officials cited a rule that each country can have only one registered chamber as justification for the shutdown.

The US State Department described the move as “only the latest example” of how “China’s opaque and arbitrary regulatory environment is contributing to an increasingly hostile investment climate for foreign companies.”