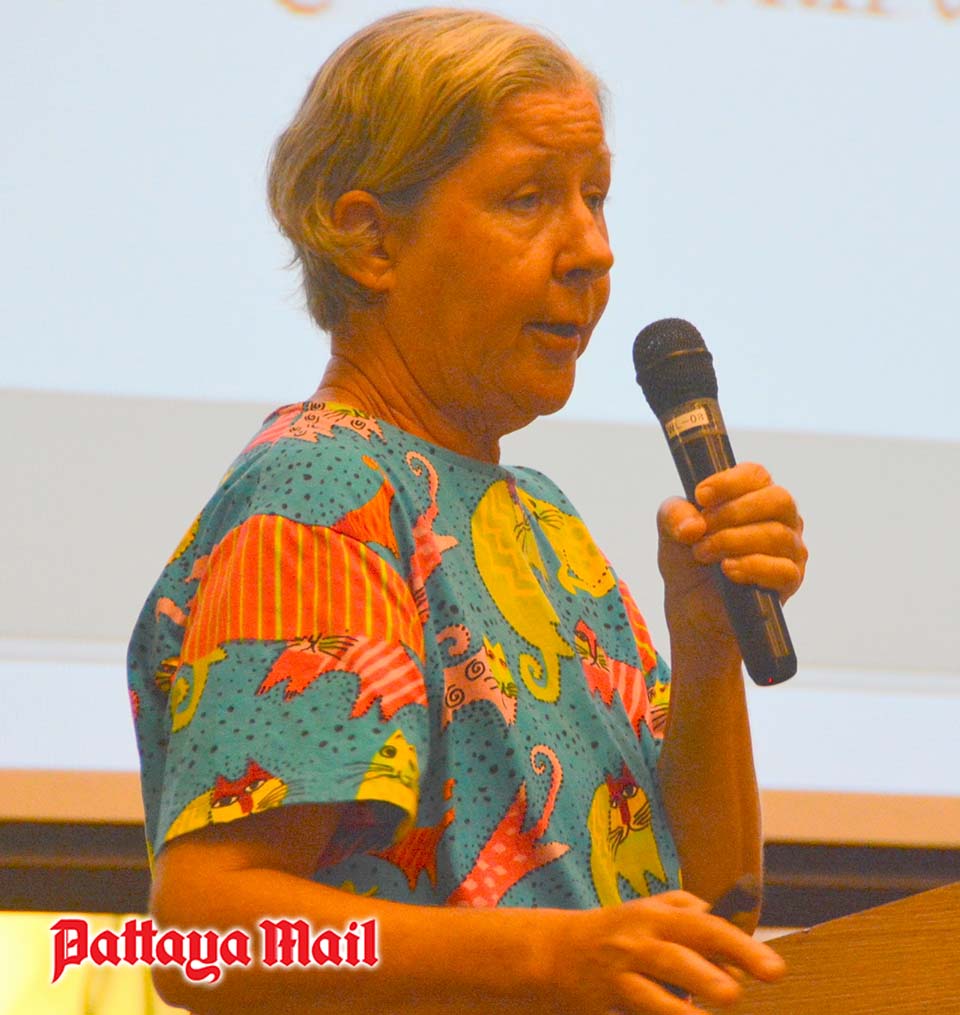 At the Wednesday, August 24 meeting of the Pattaya City Expats Club (PCEC), Michelle Coote explained why she is called the “Crazy Cat Lady” and described her efforts to save cats (and dogs) in her area of Rayong. Michelle is originally from Sydney, Australia and after traveling to India she settled in Thailand. Since August 2015, she has dedicated her life to helping homeless cats and dogs live better lives.

She started by noting that in her opinion the stray animal problem in Thailand is a disgrace with a lot of controversy on how to tackle the problem. Moreover, his speech was not to change anyone’s point of view, but rather to raise awareness of the problem by telling his story.

Michelle said it all started when she moved into a condo in Ban Phe, Rayong in October 2015. She discovered that many cats were living there; belonging to no owner and often begging for food outside the dwellings. The first stray cat she helped was a cat she named Tee Pee followed by the others. It didn’t stop there, but led her to help beach and street dogs as well.

In the process, based on her many visits to vets, she learned a lot about the most common illnesses affecting homeless cats and dogs and that most can be cured. The first thing is to control the population through sterilization because relocation does not work. She mentioned how teams from the Phuket-based Soi Dog Foundation came to her area to carry out their TNR (Trap, Neuter, and Return) operations which were very successful.

Using slides, she described the most common illnesses seen in cats and dogs and how they can be cured, often with inexpensive medications like cat flu (feline viral rhinotracheitis) and transmissible venereal tumor. (dogs).

She described her small homeless animal sanctuary which now houses around 80 cats and six dogs. She also helps cats and dogs living on the streets in her area and runs a cat and kitten adoption program. Her slides showed many photos of animals she helped, including several showing them before and after treatment.

In conclusion, she mentioned that she experiences many frustrations such as working almost all day every day with no days off or vacations. She has little physical or financial support and it is emotionally, physically and financially draining. So why do it, she asked. Because saving lives, ending suffering, and giving homeless animals a chance to live happy, healthy lives is so rewarding. Moreover, she feels that it is now the purpose of her life and helping animals makes her happy.

All of this is expensive and she needs help, both physical and financial. She invited her audience to visit or, better yet, volunteer their time to help. To view his presentation on the PCEC YouTube channel, visit: https://www.youtube.com/watch?v=tn0VTH3Jyh4. To find out more, you can visit his Facebook page “Cat Sanctuary Ban Phe”.

After the presentation, MC Ren Lexander updated everyone on the upcoming events. George Wilson then led the PCEC Open Forum where questions are asked and answered about expat life in Thailand. For more information about the PCEC, visit their website at https://pcec.club.